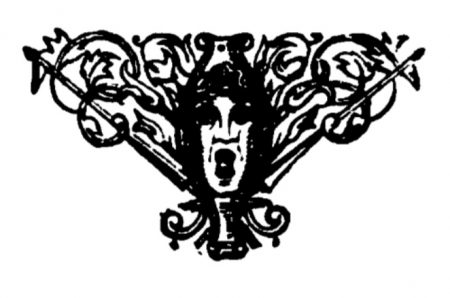 Men are concerned about women’s sexual fidelity for good evolutionary reasons. Associated with that evolutionary psychology is millennia of world literature expressing men’s justified concern about being cuckolded. Medieval Latin literature, which provided men with a relatively good opportunities to express their interests and protest against gynocentric oppression, depicted cuckolds as pathetic, stupid men.

Women have long been privileged in formal criminal justice systems. Yet a man need not personally uphold such female privilege. If he doesn’t want to risk paying “child support” for children that aren’t his biological children, he must have the courage to stand up and confront his wife or girlfriend. That tends to be quite difficult for most men. Good education of boys can help them to develop into strong, courageous, no-nonsense men.

Medieval Latin literature depicted cuckolds as men so ignorant that they don’t understand the obvious. For example, a man knocked loudly at the door of a woman’s house. Imitating her husband’s stuttering voice, he called out to be admitted. Then:

The stupid husband, who was at home, hearing that voice, said to his wife, “Giovanna, open the door, Giovanna, let him in, for he seems to be me.”

In another case, a wife named Petruccia asked her husband to buy her new shoes. Like most husband do, he fulfilled his wife’s request. But when he was out of the house and his wife saw a young man passing by, she signaled to him to come in. She went upstairs with the young man and in her haste lay down right near the stairs. That place could be seen from the doorway. Then she did what literary scholars today would regard as rape if a man did it:

Pulling the youth down upon her, embracing his buttocks with her legs and feet, she focused on the work of her desire.

Her husband brought a friend home for lunch. The husband entered the house first:

seeing near the stairs his wife vigorously waving her feet above a young man, he said, “Hey, Petruccia! By the ass of a donkey (their favorite oath), if that’s the way you walk about, you’ll never wear out those new shoes!”

It’s one thing to imagine that your wife walks upon the clouds. But if your wife’s back is on the ground, another man is on top of her, and her feet are waving in the air, you should have sufficient mental functioning to suspect that you’re being cuckolded.

Being a cuckold is a miserable way to live. When she saw her husband about to enter their house, one wife hid her lover under the bed. She then accused her husband of wanting to be thrown into prison. She said that the sheriff’s officers were looking for him to imprison him for debt. Trembling with fear, the husband begged his wife for advice. She told him to climb up into their pigeon house. She would then lock the door and remove the ladder so that no one would suspect that he was there. The husband followed his wife’s advice. After he was securely locked up in the pigeon house, she brought her lover out from under the bed. The wife and her lover then pretended that the Sheriff’s officers had returned. The lover took the role of the sheriff, and the wife pretended to defend vigorously her husband. Hiding in the pigeon house, the husband shook with fear. After the wife and her lover had finished that act:

both went to bed and devoted their night to the work of Venus; meanwhile the husband was withdrawn in hiding among the pigeons and their feces.

Cuckolds spend their nights with sub-human birds. They live immersed in shit. Don’t let that happen to you.

Men must learn practical means to avoid being cuckolded. Delusions that women are naturally much less evil than men don’t help. Men must be wary of gynocentric and demonic advice. For example, in fifteenth-century Rome, Francesco Filelfo dreamed that a demon told him:

“Take this ring,” he said, “and finger it diligently on your finger. So long as it is held there, your wife will never, without your knowledge, have sex with another.”

Such technology would be even more helpful than DNA paternity testing. But Filelfo soon realized that he was in an unsustainable position:

Joyfully he awoke from sleep and perceived that he had his finger in his wife’s cunt.

In the Byzantine Empire, both physical statues and sophisticated literary romances addressed men’s risk of being cuckolded. In the highly developed societies of today, men are disparaged even for being concerned about being cuckolded. Yet men aren’t necessarily destined to be pathetic, stupid cuckolds. With study of literature, particularly medieval Latin literature, men can find enlightenment and be more sophisticated men.

[1] Egbert of Liège, The Well-Laden Ship {Fecunda Ratis} 1.659-60, Latin text and English translation from Babcock (2013) pp. 72-3. Despite the soundness of this teaching, Egbert of Liège generally provided schoolboys with gynocentric lessons supporting the demonology of men’s sexuality.

[2] Poggio, Facetiae 68, “Of a stupid husband who mistook for himself a man imitating his voice {De viro stolido qui simulantem vocem credidit se ipsum esse},” Latin text from Poggoi (1879) vol. 1, pp. 110-1, with my English translation, drawing upon that of id., but tracking the Latin more closely. All the subsequent English translations are made similarly.

A similar story subsequently appears in Rabelais, Gargantua and Pantagruel 3.28 (“How Friar John comforted Panurge in the doubtful matter of cuckoldry“). This story became famous in many languages. It’s commonly known as “The Ring of Hans Carvel.”

Laskaris, Julie. 2018. “Ovid’s Enchanted Ring Poem: Amores 2.15.” Paper to be presented at the 149th meeting of the Society For Classical Studies, Boston, January 4-7.