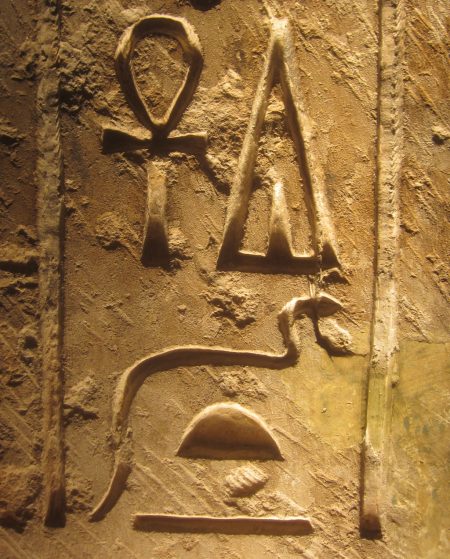 For good evolutionary reasons, men throughout history have been interested in the sexual fidelity of women. Unlike a woman, a man in the absence of modern DNA testing lacks certainty whether a child is his biological offspring. Parental knowledge thus naturally features vitally significant gender inequality. Yet today, discussion of paternity establishment tends to be trivialized and suppressed. That wasn’t the case in Byzantium.

I will not be false to my oath, nor to my pledge;
I will not defile my ardour, nor my love;
I will not outrage my gifts of kisses;
I will not shame our marriage that is of lips only
or the couch that permits only an embrace.
Have confidence, throng of fellow maidens,
who desire lovers, beloved young men
and who are desired by lovers, by beloved young men;
you will not be hated by those most dear ones,
who have suspected that women kiss duplicitously;
for I have now given a good example to women who are adored.
Emulate, yes, emulate me. [1]

Rhodanthe’s insistent disavowals suggests the salience of women’s betrayals. Her proclamation of her good example and her urging of other women to emulate her supports learned men’s suspicions. According to a romance of the twelfth-century French cleric Chrétien de Troyes, the bad example of the Byzantine Empress Fenice caused subsequent Byzantine emperors not to trust their wives. Fenice’s failure to emulate Rhodanthe deprived uncastrated men of the politically important opportunity to lobby personally the Empress.[2] More generally, women’s betrayal of men contributes to the weak political position of almost all men.

The statue was a touchstone for chaste women and virgins, both rich and poor, who were held in suspicion. If someone defiled a girl’s virginity, and many or few of them did not admit this, their parents and friends would say to them: “Let’s go to the statue of Aphrodite, and you will be tested as to whether you are chaste.” When they approached the place below the column, if she was without blame, she passed by unharmed, but if she was defiled or her virginity destroyed, a sudden apparition would confuse her, reluctantly and against her will, as soon as they approached the column with the statue, and lifting her dress in front of all, she would show her genitals to all. A similar phenomenon befell married women, if they had secretly committed adultery. And all were amazed, and all believed when the women confessed the adultery they had committed. The sister-in-law of the former kouropalates Justin smashed this statue, for her genitals too had been revealed when she had committed adultery and had passed by on horseback [3]

The truth can be painful to learn. That’s why some seek to suppress it.

Another statue in Constantinople served men more directly. A bronze arch had at its top a statue with four horns on its head:

if someone suspected that he was cuckolded, he would go there and approach the statue. If it was as he had assumed, the statue immediately turned around three times. If it was not as he suspected, it stood quietly, and in this way the cuckolded men were revealed. [4]

This statue in Constantinople should be regarded as an ancient precursor to modern DNA paternity testing. Yet like DNA testing for paternity, such statues never became widely used around the world. Few persons today even know that such a statue reportedly existed in Byzantium.

Women’s sexual fidelity and the cuckolding of men should be considered seriously now just as these issue were in Byzantium.

[1] Theodore Prodromos, Rhodanthe and Dosikles ll. 7.112-23, from Atticizing Greek trans. Jeffreys (2012) pp. 114-5. For brief background on Prodromos and this novel, see note [1] to my post on Kratandros and Chrysochroe.

The annals of Niketas Choniates makes clear the importance of courtiers’ personal interaction with the empress. In 1195, immediately after Alexios III Angelos seized the crown from his brother Isaac II, courtiers personally sought favor with Alexios’s wife Euphrosyne:

they prostrated themselves before the alleged emperor’s wife and placed their heads under her feet as footstools, nuzzled their noses against her felt slipper like fawning puppies, and stood timidly at her side, bringing their feet together and joining their hands.

In its rhetorical context, the claim that there were no adulterous women elsewhere (outside of the brothel) suggests a statutory requirement. With respect to history, the story about Constantine building the brothel apparently isn’t historical:

The original legend about this house, as contained in the Chronicle of Symeon Logothetes, claims that it was first built by Isidoros, a patrician who had come from Rome with Constantine the Great, served later as a brothel, and was turned into a hospital by Leo III (717-741)

the horns of the deer that he had hunted and which excited wonder because of their height, he suspended from the arches of the agora {of Constantinople}, ostensibly to show the size of the wild beasts that he had caught but in actuality mocking the citizenry and defaming their wives for their incontinence.

The top left hieroglyph is an ankh. It represents life, and thus tends to be associated with women. The meanings of the other hieroglyphs are obvious in context.