Limited available information about tests of biological paternity in high-income Western countries suggests that men falsely regard as their own biological children about 4% of children.  A relationship-testing accreditation organization serving mainly the U.S. reported for 2006 a total of 15,082 paternity tests that were not part of legal procedures and for which paternity exclusion (non-paternity) was tracked.  A plausible sample frame for non-legal tests are men for whom paternity uncertainty is highly salient. The non-paternity share among these tests was 30.4%.  A similar figure comes from meta-analysis of scholarly studies in the past two decades that analyzed human biological paternity in paternity-testing samples from high-income countries.  None of these studies adequately relate the sample tested to a large, general population.  Another small set of studies over the past two decades for high-income countries includes small samples of men that typically have a close physical and social relationship to the child and its mother.  The median non-paternity share among these studies is 1.5%.[4]  Assume that men who seek a paternity test outside of a legal proceeding (30% non-paternity) are representative of the presumed fathers of 10% of children. Assume that 90% of children have fathers for whom the other, more general studies are representative (1.5% non-paternity). Then over-all men falsely believe to be their own biological children about 4% of children.[5]

A large number of children and men today have false beliefs about their biological kinship.  Recent discussion of paternity has lacked adequate review of available scientific knowledge.  Given the current scientific knowledge reviewed above, the share of children having false paternity beliefs is plausibly estimated at roughly 5% in high-income Western countries. For the U.S., that means about 4 million children are wrongly identifying their biological father. The number of men in the U.S. who falsely believe children to be their biological children is probably over 3 million.[7] Whether attributed to ignorance or faith, these false fatherhood beliefs could easily be enlightened with cheap, scientific paternity-testing technology.

Enlightenment does not necessarily destroy love.  Imagine a man, married to a woman.  He’s required to leave the country for a year for an over-seas assignment. When he returns after a year, he finds his wife pregnant. With the wisdom known to men for millennia, the man knows that he is not the father of this child.  His knowledge offers an opportunity for exercising saintly love.  He could choose to continue to love his wife and to accept the child as his own. Modern paternity-testing technology would give millions of men a similar choice.  Extraordinary love is worth the risk of knowledge. 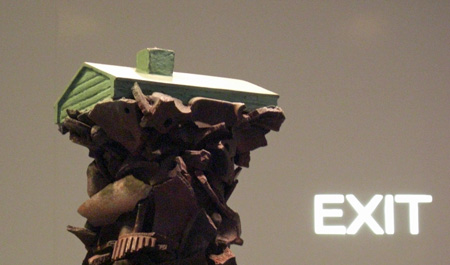 [1] Finer, Lawrence B, and Stanley K Henshaw. 2006. “Disparities in Rates of Unintended Pregnancy in the United States, 1994 and 2001“. Perspectives on Sexual and Reproductive Health. 38 (2): 90 (49% of pregnancies unintended in U.S. in 2001); Martinez, Gladys. 2006. Fertility, contraception, and fatherhood: data on men and women from Cycle 6 (2002) of the National Survey of Family Growth. Hyattsville, Md: U.S. Department of Health and Human Services, Centers for Disease Control and Prevention, National Center for Health Statistics, Table 8, p. 39 (men in 2002 report 8.6% of their children over the past five years unwanted, 24.8% mistimed).

[3]  Women and men differ greatly in reporting sexual partners over their lifetime, but not over the past year.  See Brown, Norman E, and Robert C Sinclair. 1999. “Estimating Number of Lifetime Sexual Partners: Men and Women Do It Differently“. The Journal of Sex Research. 36 (3): 292. The extent to which women and men misreport the number of sexual partners over the past year isn’t known.

[4]  The data on the 15,082 paternity lab cases not part of a legal proceeding (non-legal cases) are reported in the AABB Relationship Testing Annual Report, 2006.  The scholarly studies are the relevant subset extracted from Anderson, Kermyt G. 2006. “Reports – How Well Does Paternity Confidence Match Actual Paternity? Evidence from Worldwide Nonpaternity Rates“. Current Anthropology. 47 (3): 513.  Data from both sources, and relevant analysis, are available in an online extra-pair-paternity workbook (Excel version). Note that the non-paternity share of children is different from the share of men falsely believing their biological paternity. Anderson (2006) fails to recognize this distinction.  It describes shares of fathers, but reports shares of exclusions.  Shares of exclusions are most plausibly interpreted as a child-based measure.   For further details, see the extra-pair-paternity workbook (Excel version).

[5]  This figure is low relative to a recent study of subjective perceptions of non-paternity in Austria.  Women estimated the share of children with falsely attributed biological paternity to be 14%, and men estimated the share to be 9% (sample size, 795 women, 763 men).  See Voracek, Mart, Maryanne Fisher, and Todd K. Shackelford. 2009. “Sex Differences in Subjective Estimates of Non-Paternity Rates in Austria“.  Archives of Sexual Behavior. 38 (5): 652-656.

This result probably has large, downward non-sampling bias.  While Wolf et. al (2012) referred to the focal persons as “children,” that was only a relational specification.  The authors had no information on the ages of the focal persons.  The median age of bone marrow donor recipients in the U.S. in the mid-2000s was 40.  That’s a reasonable rough estimate for the median age in the German sample.  Selecting a sample of persons of roughly median age 40, who also are able to obtain a genetic sample from the persons who they believe to be their biological fathers, is strong selection on family structure.  In particular, a man not biologically related to a woman’s child is likely to have a lower probably of remaining accessible to the child across decades while remaining falsely identified as the biological father.  So I think Wolf et al (2012) could easily be consistent with roughly 5% of children in Germany today having false beliefs about who are their biological fathers.