In opposing the Cert Petition to the U.S. Supreme Court in Turner v. Rogers, the respondents stated as facts:

Petitioner Michael Turner fathered B.L.P., the daughter of respondent Rebecca L. Rogers (née Price), in 1995, when petitioner was 18 and Rogers was 16. The pair drifted apart soon after B.L.P.’s birth in 1996.[1]

These statements equate “fathered” to having sex of reproductive type, where retrospectively a particular chain of contingent events allegedly followed from that sex act.  While sex and procreation must be linked according to authoritative doctrinal statements of Catholic Church leaders, most persons don’t believe that such doctrine should be binding on everyone under U.S. law.  Most persons consider sexual intercourse to be private conduct that they have liberty to choose without state-imposed burdens, obstacles, or punishments. Nonetheless, differences between having sex and fathering a child are not recognized in important legal actions, including in legal proceedings that keep on any given day about 45,000 men like Michael Turner in jails and prisons for sex-payment arrears.[2]

Unlike females, males are subject to uncertainty about whether their sex act of reproductive type contributed sperm to a specific pregnancy.  DNA testing can establish beyond a reasonable doubt whether a particular male contributed sperm to a specific pregnancy. However, public policies and procedures discourages males from acquiring highly certain knowledge about their biological relation to a particular pregnancy.  Teen males are particularly unlikely to surmount obstacles, including lack of knowledge, shaming, and intimidation, that constrain males from acquiring this knowledge.  In the U.S. as a whole, men falsely believe themselves to be the biological father for roughly 5% of children. Among females ages 15 to 17 who had sex in the past year, 43% had sex with more than one male.[4]  The facts that a male had sex of reproductive type with a female and the female gave birth to a child approximately nine months later is not sufficient to establish a biological connection. Turner may not in fact be the biological father of B.L.P., even though he ignorantly acknowledged paternity in response to official misrepresentation of facts.

After decades of bitter, extensive public disputes about abortion, everyone should understand that contraceptives alone do not eliminate the problem of unwanted pregnancies and unplanned parenthood.  A male who fertilizes an embryo does not father a child when the relevant female chooses to have an abortion.  Among 16-year-old females in the U.S. in 2007, abortions amounted to 43% of live births.[9]  Price, as a 16-year-old female, chose not to have an abortion.  If Price had chosen to have an abortion, South Carolina would not have imposed weekly sex-payment obligations on Turner.  In that sense of legal fatherhood, Turner would not have fathered a child. 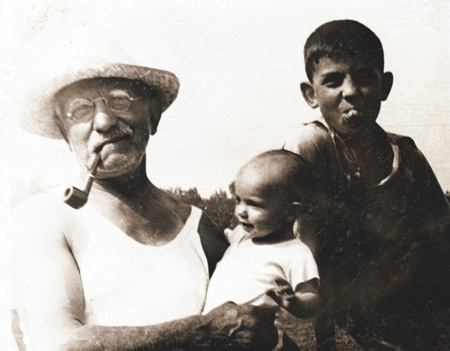