The parties’ respective presentations of the questions before the U.S. Supreme Court point to reasons for the contrasting use of motherhood and fatherhood statements.  The petitioner declares the substantial question in Turner v. Rogers to be this:

Whether the Supreme Court of South Carolina erred in holding—in conflict with twenty-two federal courts of appeals and state courts of last resort—that an indigent defendant has no constitutional right to appointed counsel at a civil contempt proceeding that results in his incarceration.

That question is obviously tendentiously phrased with respect to the relevant law.  Advocates commonly present tendentious questions to highly intelligent judges.  Highly intelligent judges, like any other living person, feel sentiment and have emotions that cannot be separated biologically from logic and reason.  Hence advocates seek to prompt favorable sentiments and emotions.

In a mother’s pro se action to enforce a child-support order, does the father have a categorical Sixth or Fourteenth Amendment right to appointed counsel before he can be confined for a limited time for civil contempt?

The respondents present the question as a battle between mother and father. The respondents’ strategy is reasonable because sentiment favors motherhood.

Mothers’, Children’s, and the Government’s Interests in Fair, Effective Child-Support Enforcement Would Be Disserved by Appointing Counsel for All Nonpaying Fathers

The child-support system in reality serves narrow financial interests of mothers, children, and the government.  It shows little regard for men’s interests.  Even just with respect to men’s obvious interest in not being incarcerated, the child-support system can’t even be bothered to collect systematic, accurate statistics on the number of persons (mainly men) it keeps in jails or prisons.  The respondents’ brief pairs with the above heading a heading about fathers’ interests, alone and narrowly confined:

A mother has a “commanding” interest in the custody and care of her child. Lassiter, 452 U.S. at 27.

Here’s what the Supreme Court’s decision in Lassiter states at the cited point:

A parent’s interest in the accuracy and justice of the decision to terminate his or her parental status is, therefore, a commanding one. 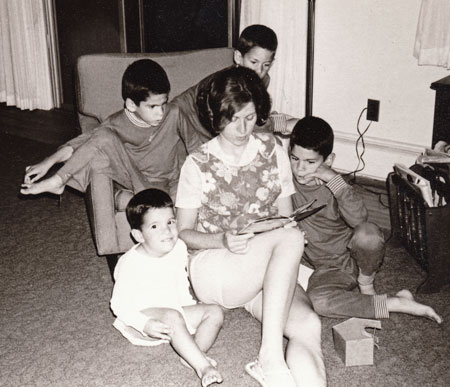