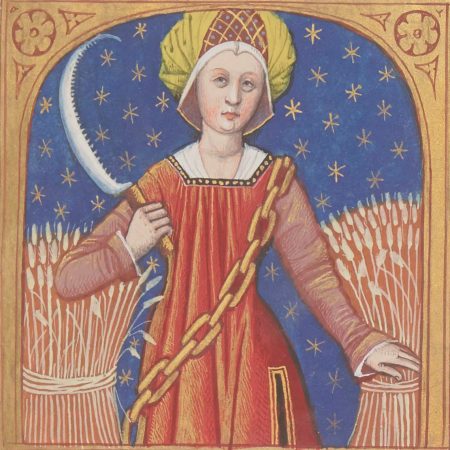 Anyone who doesn’t consider Eros the most important god
is either stupid, or lacks experience of what is good
and fails to realize who is the most significant god for mortals.

In ancient Greece, the largest tomb monument on the Sacred Way into Athens didn’t belong to any of the great Athenian political leaders, who were all men. The largest tomb monument honored Pythionice. She was a beautiful prostitute who helped to realize the progressive, democratic welfare program of the wise law-maker Solon. Comparing the formal status of women and men has promoted the false cult of patriarchy. Women like Pythionice have always been the most powerful persons in urbanized human societies.

Pythionice was a pioneer of democratic welfare reform. Prostitutes throughout history have favored serving the men who would pay the most money for sex. Pythionice, however, burned with the democratic spirit kindled in fifth-century Athens. Herself a third-generation descendant of slaves and whores, she made herself “available to anyone who wanted her at a minimal price {ὀλίγης δαπάνης κοινὴν τοῖς βουλομένοις γιγνομένην}.”[2] She thus worked to reduce the most significant inequality in human societies.

Pythionice was honored in death beyond any man. Harpulus, an aristocrat who served as director general of the royal treasury for his childhood friend Alexander the Great, adored Pythionice. She was everything he wasn’t and could never be. He built great tombs for her in Athens and Babylon. A ancient historian complained to Alexander about Harpulus’s honoring of Pythionice:

Harpulus spent over 200 talents building two tombs for her. This shocked everyone, given that neither he nor any other official has yet set up a marker at the burial spot of the men who died in Cilicia to secure your kingdom and the freedom of the Greeks, whereas people will see that the tombs of the courtesan Pythionice, one in Athens, the other in Babylon, have long been completed. …  Harpulus, a man who claims to be your friend, had the audacity to construct a temple and a sanctuary in her honor, and to refer to the temple buildings and the altar as belonging to Pythionice Aphrodite, both ignoring the revenge the gods might take on him and doing his best to trample in the mud the honors due to you.

Gnathaena was extremely witty and sophisticated in conversation, and composed a set of dinner regulations, which her lovers were required to follow when they visited her and her daughter, in imitation of the philosophers who put together similar documents. … This set of regulations was drafted to be equitable and to apply to everyone. It was 323 lines long.

Highly detailed sex regulations currently being enacted at U.S. colleges and universities are much more extensive than Gnathaena’s regulations, but the spirit is the same. So too is the attitude in enforcing them:

After all these dishes, a slave came carrying a large number
of testicles. The other women pretended not to notice them,
but the man-slaying Gnathaena laughed
and said, “What nice kidneys, by the beloved
Demeter!” And she grabbed two and gobbled them down.

The ancient Greek goddess Demeter was often known under the cult title Thesmophoros (“Bringer of Divine Law”).[6] The real threat of castration, obscured with ridicule, trivialization, and scholarly verbiage, serves to suppress men’s sexuality and keep men subordinate to women.

In Rome about 2200 years ago, Cato the Elder (also known as Cato the Wise) understood women’s rule. Cato quickly became a stock figure for the traditionalist — the white-knight woman server ridiculed for supporting enormous gender inequality in instructing children. Yet alongside his silly traditionalism, Cato had keen insight into women’s power:

He used to say that the man who struck his wife or child, laid violent hands on the holiest of holy things. Also that he thought it more praiseworthy to be a good husband than a good senator … Discoursing on the power of women, he said: “All other men rule their wives; we rule all other men, and our wives rule us.”

Of course, rational, forward-looking men don’t get married. Moreover, one shouldn’t be too traditionalist, prudish, or idealistic to recognize that many women effectively work as prostitutes or courtesans (as many men do more metaphorically in their workplaces). Yet Cato with his wisdom recognized a subtle, fundamental truth: women rule. Liberation from ancient, oppressive structures of gynocentrism is the greatest social-justice challenge facing societies today.

[3] The men who died fighting for Alexander’s empire in Cilicia fought in the battle of Issus (333 BGC).

[5] Philippides, Rejuvenation {Ananeosis}, quoted in Athenaeus 9.384e-f, trans. Olson (2006-12) vol. 4, pp. 281, 283, modified slightly, including using the more literal “man-slaying” for Olson’s “bloodthirsty.” Gnathaena in ancient Greek means “Jaws.” McClure (2003) p. 89. Id. shows no awareness of the prevalence of violence against men, and no awareness that trivializing violence against men’s genitals is part of the structure of gender oppression.

Demeter is given the epithet “Lawgiver” for having set down customs, which is to say laws, under which men have to acquire and work for their food.

Rabe (1906) translation, quoted (with incorrect attribution) in O’Higgins (2003) p. 22. Women set the laws by which men work. The scholion further stated that the festival Thesmophoria “civilized the race of humans.” The gender-derogatory banality that women are necessary to civilize men became a key component of the late-twentieth-century celebration of men-oppressing courtly love. With respect to the Thesmophoria:

Only women took part, although it required the support — financial and otherwise — of the men in the community.

Id. p. 22. The Thesmophoria thus provided a forerunner of the gender structure of today’s child custody and child support laws in action.

This, however, is a translation from the sayings of Themistocles. He, finding himself much under his son’s orders through the boy’s mother, said: “Wife, the Athenians rule the Greeks, I rule the Athenians, you rule me, and your son, you. Therefore let him make sparing use of that authority which makes him, child though he is, the most powerful of the Greeks.”

Id. 8.3, sourced similarly, with modernized English. Themistocles jokingly referred to the child as the ultimate ruler. On the solicitousness of fathers toward their daughters, Hallett (1984) pp. 109-14. Cato more insightfully recognized that wives rule. Leading scholars today are beginning to recognize seriously that women rule. Women’s privileged position is recorded in the story of the Sabine women in the founding of Rome.

Marcus Cato, when recommending the Voconian law, spoke as follows: “In the beginning, the woman brought you a great dowry. Then she holds back a large sum of money, which she does not entrust to the control of her husband, but lends it to her husband. Later, becoming angry with him, she orders a servus recepticius, or ‘ slave of her own,’ to hound him and demand the money.”

Women typically seek to marry up (hypergamy) and thus acquire greater material resources and status through their husbands. Men have worse opportunities to marry up. The effects of marrying up are also worse for men:

Men who marry wives above their rank, or marry great wealth, do not know how to make a marriage. The wife’s interests prevail in the household and make a slave of the husband, and he is no longer free. Wealth acquired from marriage with a woman is unprofitable; for divorces are not easy.