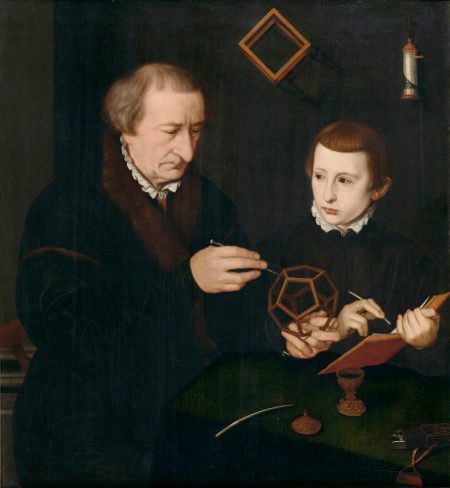 Facetus, a twelfth-century book of manners included in Auctores octo morales, taught men to respect and upheld women’s privileged position in gynocentric society. Among its rhymed distichs of advice to young men is this:

Never say bad things about the female sex,
but to whatever woman you see, defer as much as possible.

Another distich of advice from Facetus shamed men who might consider violating gynocentric norms and criticizing a woman:

An uncivilized man is truly he who says foul things about a woman;
for truly we are all from woman.

This advice functions to prevent and silence voices of men’s sexed protest. It’s a forefather of the “listen and believe women” doctrine that today is being pervasively disseminated through the organs of public propaganda.

Facetus at least shows some regard for husbands’ welfare in relation to their wives. It advises against allowing wives to dominate their husbands, and it recognizes the existence of wicked wives:

If you have a wife always ready to obey,
honor and adore her with your grateful goodwill.

If you have a wife who is rebellious in word and deed,
so as not to be doomed, repel her according to the law.

From smoke, a dripping house, a wicked woman
remove yourself; these three things typically do much harm.

The idea of wives obeying their husbands was treated as a farce in medieval literature. At the same time, medieval theology rejected men-abasing courtly love and declared that marriage should be an equal partnership. Few persons like to spend much time with another who is recalcitrant, stubborn, and annoying. Young men surely don’t need to be instructed to favor agreeable wives over disagreeable wives.

The Distichs of Cato {Disticha Catonis}, another work in Auctores octo morales, provided similar advice to Facetus, but with broader concerns. Disticha Catonis taught that being good to one’s father necessarily implied not offending one’s mother (even a vicious mother):

Love with unrestrained affection your dear parents.
Do not offend your mother while you wish to be good to your father.

Disticha Catonis doesn’t urge the corresponding implied respect for fathers. It also advised tolerating verbal abuse from a wife out of respect for financial prudence:

Remember to endure your wife’s tongue, if she is frugal,
For it’s wrong not to be willing to suffer or to be silent.

At the same time, Disticha Catonis counseled young men against advancing their financial interests through marriage:

Avoid taking a wife for the sake of a dowry,
And do not wish to keep her if she begins to be troublesome. [3]

Men historically have shouldered the burden of providing material goods for women. Why shouldn’t men look for women who can provide them with material goods? Disticha Catonis refers to men being ruined through their wife’s adultery and subsequent divorce:

The wife who tricks her husband wrecks the home.

When you have a wife, so as not to imperil your property and reputation,
make the name of your friend an enemy to be avoided.

Being forced to reject male friends to avoid wives having occasions to commit adultery socially isolates husbands. Being isolated from male friends hurts husbands. Men should not merely accept that deprivation.[4] One alternative is to refuse to marry.

The eminent medieval woman leader and scholar Hildegard of Bingen described the twelfth-century Europe in which she lived as a “womanly time {muliebre tempus}.”[5] Auctores octo morales provided to schoolboys education that helped to sustain the muliebre tempus. Men’s subservience to women and gynocentrism have only intensified since then. Now more than ever, boys and young men need manly education.

[1] Facetus 99, Latin text from Schroeder (1911) p. 21, English translation adapted from that of Pepin (1999) p. 46. The order of the distichs are different between Schroeder’s and Pepin’s edition of Facetus. I cite the number in Schroeder’s edition.

Subsequent quotes from Disticha Catonis are sourced similarly, with one exception. The quotes above are: 3.23 (Remember to endure your wife’s tongue…), 3.12 (Avoid taking a wife…), 4.47 (When you have a wife…). The line “The wife who tricks her husband wrecks the home” is from Duff & Duff (1934), Dicta Catonis, Collectio Monostichorum 6, p. 625.

Disticha Catonis is also called Dicta Catonis, Liber Catonis, and Ethica Catonis. Medieval authorities thought that it was authored by Cato the Elder / Cato the Censor, but scholars now believe that most of the sayings were authored in the second or third century GC. Disticha Catonis was established as a primary school text in Europe by the ninth century. The famous teacher Remigius of Auxerre then produced glosses on it. Disticha Catonis was highly influential in teaching elite young men for the next millennium. Peppin (1999) pp. 5-6.

Men seeking a good education should read, among other works, important works of Ovid, Virgil, Juvenal, and Lucretius.

Do not rashly believe a wife who complains about her servants;
for often a woman hates the person whom her spouse loves.

She {the wife} suspects that his {her husband’s} love goes the same way as her hate.

[3] Given the anti-men bias in today’s family courts as well as the enormous cost of divorce litigation, the current prevailing wisdom with respect to a troublesome wife is that “it’s cheaper to keep her.” In contrast, Disticha Catonis 4.47 (quoted above) warns of a wife squandering her husband’s property in an adulterous affair.

[4] While urging husbands to accept major deprivations to lessen their wives’ opportunities for adultery, Disticha Catonis urges fidelity upon husbands:

The first two imperatives are from the prologue of Disticha Catonis. The third is from a collection of monostichs attributed to Cato. See Duff & Duff (1934) Collectio Monostichorum 76, p. 629.

Gender conservatives understand men’s primary purpose in life as providing money for women and children and fighting for their country. Amid great public concern to promote gender equality in the U.S., men there remain subject to sexist Selective Service registration. Moreover, men are being killed in U.S. military service more than forty times more frequently than women are.

[image] Portrait of the famous Nuremberg teacher Johann Neudörffer and a student, 1561. Item Gm1836 in the Germanisches Nationalmuseum,