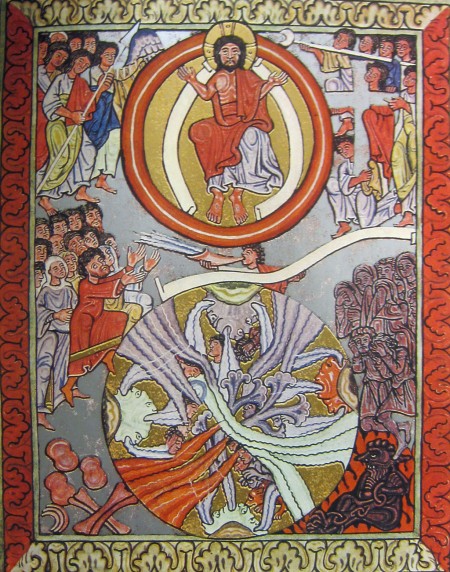 Hildegard of Bingen, who lived nearly nine centuries ago, was a visionary. Her poignant antiphon O magne Pater faces the eternal possibility of failing to love fathers.[1] Loving fathers involves calling out to them for help.

The first two lines of O magne Pater echo greatness in the greatness of God the Father and humanity’s great need.  That need, as will develop in the hymn, is the need for God the Father. The third line repeats “beg,” making a plea to the cosmos into a plea to a personal “you.” The fourth and fifth lines resonate with the majestic opening of John’s gospel:

The sixth line highlights human imperfection and desire. Humans desire to receive God and believe in who he is. That desire pleases God and is fulfilled with God’s help, for humans alone are prone to allow the name of the Father to be forgotten (lines seven through eleven). The closing two lines celebrate that the grace of God extends even to helping humanity to sing always of God.[3]

Hildegard of Bingen connected humans and God in a resonating unity. Fatherhood is central to Hildegard’s understanding of human and divine harmony:

Oh humans, look at the human being! For it contains heaven and earth and other creatures in itself, and is one form, and all things hide in it. This is what fatherhood is like. In what way? The round of the wheel is fatherhood, the fullness of the wheel is divinity. All things are in it and all stem from it, and beyond it there is no creator. [4]

One thing I ask of the Lord;
this is what I seek:
To live in the house of the Lord
all the days of my life,
To gaze upon the beauty of the Lord,
and to seek him in his temple. [5]

[1] O magne Pater is from Hildegard of Bingen’s Symphonia armonie celestium revelationum (Symphony of the Harmony of Heavenly Revelations), Song 6. The Latin text above is from the transcription of Beverly Lomer and the edition of Barbara Newman, as provided on the O magne Pater page of the International Society of Hildegard von Bingen Studies. The English translation above I’ve adapted from those of Nathaniel M. Campbell (O magne Pater page) and Newman (1998) p. 105.

[3] After an extensive analysis of O magne Pater, Karmen McKendrick observed of this antiphon:

altogether musically, deixis becomes reverberation, in which one vibration—the call of created desire, the creative divine voice—sets up another on the same frequency, so that we have the “same” sound, but more so, louder by addition, enriched by another voice, closer to Paradisical perfection. Humanity’s very need, put into song, perfects divine delight. Hildegard’s musicality informs her cosmology both intellectually and sensuously. Taking seriously the notion of a world called into being by voice, she likewise takes seriously the fullness of desire that calls back, the soul as a resonating chamber for the voice that reads aloud the unnamed name of the you, in an address and a reply that can only call to both gratifying completeness and endless need.

[4] Hildegard of Bingen, Causae et Curae, from Latin trans. Dronke (1984) p. 172. That translation omits a section label written in a different hand. I’ve also eliminated an unnecessary paragraph division. Id. observes of this text, “fluctuations of outlook are notable.” That can be understood as a different perspective on reverberations. Cf. MacKendrick (2013). Newman uses this text on fatherhood as an introduction to the Mother of God and theology of the feminine. Newman (1989) Ch. 5.

[image] The Day of the Great Revelation, illustration from Hildegard of Bingen, Scivias, Part III.12, Rupertsberg Codex, based on copy made at Hildegard Abbey in Eibingen, 1927-1933, via Böckeler (1954) Plate 33. Nathaniel Campbell argues persuasively that Hildegard helped to design the illuminations.