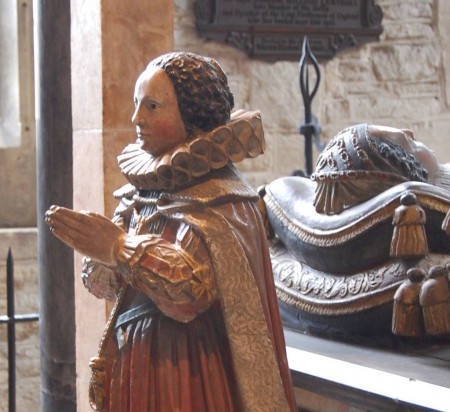 In Christian biblical teaching, the husband is the Christ-following head of the two made one in marriage. This two-person corporation is the smallest possible multi-person organization. Le Ménagier de Paris, a medieval household book written in French about 1393, makes clear that even Christian marriage had bureaucratic characteristics. A husband’s authority mattered less than his wife’s good will.

In modern bureaucracies, workers learn that they should do their assigned job and not ask questions. Medieval marriages formally were similar. A wife’s job was to do whatever her husband told her to do:

a wife must obey her husband and carry out his orders, whatever they may be, great or small or even really minor. Furthermore, it is not fitting that your husband tell you his reason or the motive behind his order, for that would seem to be a signal to you to do or not do his bidding based on whether or not you found the rationale to be valid. … With regard to his orders, you should never hesitate or refuse to carry out his instructions or in any way slow down or delay their execution. Also, never do anything that he has forbidden or in any way modify, exaggerate, diminish, broaden, or narrow his prohibitions. In and for all things — good or bad — that you have done, you are free and clear of blame when you say, “My husband ordered me to do it.” [1]

For modern bureaucratic workers, what has always been done in a particular job is similarly an all-encompassing justification. “I did what we have always done.” A bureaucrat does her job, and nothing more, and nothing less.

They all entered the squire’s house together, and the young woman came immediately to meet them. The squire set the stick on the ground and said: “Madam, jump over this.” She jumped right way. He told her, “Jump again.” She jumped again. “Again!” She jumped three times, without saying a single word besides “Willingly!” [2]

Over the subsequent seven centuries, ambitious bureaucrats learned to say in addition, “How high?” But the basic principle of mindless obedience hasn’t changed.

In reality, many bureaucrats are not merely mindless drones. Many bureaucrats push back against being given idiotic tasks. For example, when medieval husbands set a metric for household performance and competed in outcomes, some of their wives responded with mockery:

In such situations, the appropriate procedure is to set up a meeting to discuss job assignments and responsibilities. With respect to idiotic tasks, that generally isn’t worthwhile. Hence mockery can be a potent internal bureaucratic tactic.

Smart bureaucrats manage up. Medieval wives knew how to manage up:

When such a woman finds herself alone with her husband and they discuss their business matters and amusements, the woman by hinting around subtly investigates and realizes that her husband intends to handle this matter otherwise than she would prefer. The woman briskly changes the topic of their conversation, before he has the chance to say, “In this matter, do thus.” Cunningly she maneuvers out of the touchy situation and turns her husband to another subject and concludes their conversation on a topic distant from the one on her mind. As soon as she sees the opportunity, she has the initial matter accomplished according to her own wishes and does not concern herself about her husband’s viewpoint, which she ignores and having a ready excuse will say, “You said nothing about it to me!” [4]

Another tactic is to contrive to get desired advice from another authority, such as the husband’s respected cousin or a management consultant. That advice then provides cover for doing what you want to do. Another general principle: “Don’t ask for permission. Act first, then ask for forgiveness.”[5]

If all else fails, working to rule can easily overthrow authority.  For example, a medieval wife insisted that all her rights and obligations to her husband be explicitly listed in a document. One day, traveling on a pilgrimage, they had to cross over a ditch on a narrow plank. The wife hesitated behind, afraid to cross. The husband went back and helped his wife to cross. Holding her hand, talking to her, and walking backwards, he accidentally fell into the water. He asked his wife to help him get out of the water:

She responded, “No, no, indeed not! First I will look in my charter to see if it says that I must do so; if it does, I will do it, but otherwise I will not.” She looked, and since her document did not mention the current situation, she told her husband that she would do nothing, and left him and went on her way. [6]

Her husband nearly drowned. If workers do only and exactly what they are instructed to do, without any use of their own good judgment, their organization is dead in the water. Authority is no substitute for good will. Authority that destroys good will destroys itself.[7]

I have placed the tale here as instruction, not to apply it to you, or because I expect the same obedience from you, since I am not worthy. I am no marquis, nor were you a shepherdess, and I am not so foolish, presumptuous, or immature as to fail to recognize the inappropriateness of my abusing or testing you in such ways. God keep me from trying you in this or any other manner, under any false pretenses! … And I apologize if the story contains excessive accounts of cruelty, in my opinion more than is fitting, and I don’t believe it was ever true.

From 1.6.10, trans. id. pp. 118-9. The hugely popular story “A Message to Garcia” (first published in the U.S. in 1899) similarly taught men to carry out orders without asking questions. Men, however, were to take the initiative to figure out how to fulfill the order.

[5] On seeking covering advice from a respected cousin, Le Ménagier de Paris 1.6.46. On acting first, id. 1.6.48-59. In the latter story, the woman’s mother advised her to “shit test” her husband before committing adultery. Asking forgiveness worked well twice, but on the third instance the husband responded to his wife’s bad blood.

This manual naturalizes the brutality of men while blaming women for it and disallows women’s anger.