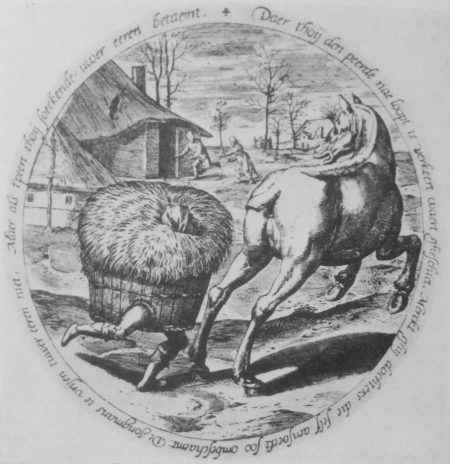 Whoever truly desires
Something is supposed to ask for it.
What? Shall I ask him to love me?
Never. And why? No woman
Makes the mistake of asking
A man for his love, unless
She’s totally out of her mind.
The world would know I was mad,
If I ever permitted my mouth
To speak such scandalous words. [1]

In addition to many other historical gender inequalities, men have long been disproportionately burdened with soliciting amorous relationships. Men are thus the gender that predominately experiences interpersonal rejection in love. Men’s disadvantage in love is deeply associated with sexual welfare inequality and men’s subordination to women. Chrétien de Troyes’s twelfth-century French romance Cligès shows the extent to which conservative medieval women resisted progress toward gender equality in love.

Gender inequality in love persists at least in part because it supports women’s rule. In Cligès, Fenice vigorously guarded the words of Cligès to her:

She kept rehearsing in her heart
Those moments when he’d said farewell,
How his color changed, and went pale,
His tears and his sorrowful face,
How he’d come before her, weeping,
And humbly fallen to his knees,
As if in adoration.
…
He’d told her he was hers to command.
How refreshing these few words!
They traveled straight from tongue
To heart; she set them in her mouth
To keep them forever safe,
Not daring to entrust this treasure
To some different hiding place.
Where could she hold them half
As well as deep in her heart?
She never allowed them out,
Fearing robbers and brigands. [2]

Where your treasure is, there your heart is also. Burying men’s subordination in love deep within women’s hearts prevents love from increasing.[3] That hurts women. As should also be said, that hurts men.

To achieve gender equality, the world must be set right. In Cligès, the narrator exclaims:

Tell me, oh Lord, where girls’
Timidity comes from, their frail,
Fearful, innocent silence?
I feel as if I’m seeing
Hounds fleeing a hare,
Trout chasing after beavers,
Lambs after wolves, pigeons
Pursuing eagles. Or peasant men fleeing
Their shovels, which earn them their weary
lives. Or ducks after falcons,
Storks after hawks, minnows
Splashing after pike,
Antelope hunting lions:
The world all upside down! [4]

To perceive social injustices obscured under dominant ideology, one must distinguish between natural and unnatural impossibilities. Women desire amorous relationships as much as men do. Women soliciting amorous relationships and accepting rejection just as men do is a socially constructed impossibility. In reality, women pursuing men and being rejected is no more impossible than paternity certainty and reproductive rights for men. The gender system constructs men to be the rejected gender so as to support women’s command over men (women on top). Women on top was the preferred position of conservative medieval women and remains the preferred position of many women scholars today.[6]

Women pretend to live in “frail, fearful, innocent silence.” Men actually live that way. When men and women reject gynocentrism and insistently, to the point of raucous disorder, speak out about issues important to men’s lives, the world will be turned upside down. That will be all for the better.

The mid-fifteenth-century Burgundian prose transmutation of Cligès seems to have recognized the injustice in Sordamour’s gender privilege. That prose account inserted the story of a young woman weeping sorrowfully in the woods. In solitude she cried out to herself:

I consider myself the most wretched and, among all those complaining about their misfortune and sorrowful life, the lady who most bitterly laments the loss of her dear beloved, who left her of late to go off in search of adventure. … Oh, if only he had know my desire when he left. Alas, if I had revealed it to him, he would not have gone away

Ed. Harf-Lancner (2006) p. 268. These lines clearly refer to peasant men. I’ve made that explicit above. The verb fuit echoes the figure’s first verb foïr (“hounds fleeing a hare”). Making that echo explicit helps to indicate the importance of the lines about the peasant men.

In a recent authoritative edition, the Old French for those lines is:

Harf-Lancner (2006) p. 266. While medieval manuscripts of Cligès differ significantly (see Sturges (1994) pp. 208-11), the above text captures all the relevant variation across manuscripts. Translators have wrongly assumed that the subject of these lines is Cligès. Some leading translations:

God! whence comes this fear, that he should shrink from a lonely girl, feeble and timid, simple and mild?

God, whence comes his fear of a single maiden, simple and timid, feeble and shy?

Harf-Lancner (2006) p. 267. These translations, while within the range of meanings of the text, don’t recognize Chrétien’s play with reversals across the text and the relevant context. They also don’t recognize reversal relevant to women’s dominant position within the men-degrading ideology of courtly love. Within that ideology, a woman ruled over the man who loved her. The man cringed in fear of her displeasure.

With fidelity to the text of the Old French manuscripts, a translation need not anachronistically add support for the currently dominant gender structure of amorous rejection. Rather than implying a prepositional phrase, c’une pucele seule is most directly translated as “She is a single young girl.” Both crient and the manuscript variant tient make sense as third-person intransitive verbs. The best literal English translation of the three lines seems to me to be:

God!, whence comes to her this fear,
She, a single, young woman, fears {holds back},
simple and timid, feeble and shy?

Translations of Chrétien into English are relatively significant in education about medieval literature. Sturges observed:

Chrétien’s works, the first (and, for most readers, among the best) extant Arthurian romances, are taught in virtually every {U.S.} college and university-level course on Arthurian literature, whether it focuses on the Middle Ages exclusively or surveys the entire tradition.

[6] See, e.g. Davis (1978). Kunzle appreciates “discontented, lower-class elements who sought or fantasized about the subversion of the existing order.” Yet he opines that, with respect to the domestic hierarchy, “there was no (male) popular desire to change.” Kunzle (1978) pp. 40, 42. That view reflects fundamental misunderstanding of literature of men’s sexed protest. Unlike such scholars, great medieval women writers showed generous and perceptive sympathy for men’s concerns.

[image] The Hay Chasing the Horse. Illustration of proverb. Engraving attributed to Pieter Bruegel, dated 1568/69. The circular caption (in Flemish) is in English translation: