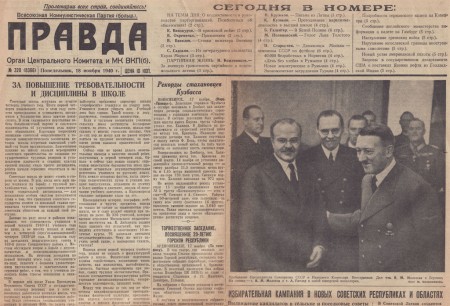 Le blasme des femmes {The culpability of women} is medieval vernacular literature of men’s sexed protest. It’s scarcely understood or tolerated today. Many persons now believe that men ruling in patriarchy have brutally oppressed their wives, mothers, daughters and all other women throughout history. Belief in patriarchy and men’s brutality toward women has to explain away the literature of men’s sexed protest. Why have men throughout history cried out about the abuse, deceptions, and betrayals that they felt men suffer from women?

A man cannot withstand her guile
once she has picked him for her wile;
her will to power will prevail,
she vanquishes most any male.
…
Woman lives in constant anger,
do I even dare harangue her?

A man who slanders women
is a man I must condemn,
for a courtier whom one respects
would never malign the opposite sex.

As master narratives, patriarchy and misogyny are social obfuscation. The lives of men and women have always been intimately intertwined in successfully reproducing societies. Those aren’t plausible circumstances for absolute, hierarchical rule and hatred of the other. Men’s sexed protest doesn’t indicate misogyny. Patriarchy has no significance to most men. Men’s sexed protest, and the social suppression of it, reflect men’s social subordination and women’s social dominance.

I would tell it clearly,
but all truths are not good to say.

Today men are incarcerated for doing nothing more than having consensual sex and being too poor to fulfill their obligations of forced financial fatherhood. Through state-institutionalized undue influence, misrepresentations, and mis-service, forced financial fatherhood is imposed on many men without regard for the biological truth of paternity. Men face massive discrimination in child custody decisions, the criminalization of men’s sexuality is ever-expanding, the vastly disproportionate violence against men attracts no public concern, and men continued to be sex-selected for disposal in military service. Why aren’t more men protesting the privileges of women relative to men?

Therefore each man ought to honor
and value women above all.

When men protest the sex-based injustices they suffer, gynocentric society generates quarrels about women, apologies for women, and defenses of women. Men’s servitude to women is deeply entrenched in European culture. Men historically have tended to understand their worth as persons in terms of defending women and children, and in providing resources to women and children. Women are superior to men in social communication. Women are the decision-makers for a large majority of consumer spending. In many high-income countries, women also make up the majority of voters by a larger margin than that which commonly decides major elections. Myths of patriarchy and misogyny work to keep men in their socially subordinate place.

There’s no clerk so shrewd,
nor any other so worthy,
who would want to blame women
nor argue anything against them,
unless he be of base lineage.
Because of this, they say nothing but good.

Are women equally to blame for the evil done to men? The current dominant view is that the injustices done to men are all men’s fault. Blame patriarchy for the highly disproportionate suicides of men.  Blame patriarchy for the highly disproportionate incarceration of men. Blame “toxic masculinity” for men’s suffering. But don’t blame women. Say nothing but good about women.

Sweet friend, be assured
that he will be cursed by God
who, with evil and empty words,
speaks dishonor or contempt to women.

Le blasme des femmes is necessary for true democratic equality.[7] Women and men, whose lives have always been intimately intertwined, are equally responsible for injustices against women and men.

Now ever since I took a wife, calamity has marred my life

Id. pp. 130-1. The concluding Latin verse has the leonine rhyme that Matheolus used in his seminal work of men’s sexed protest.

The greater space given to the anti-female material in our discussions reflects the misogynic tradition that prevailed in medieval times and subtly persists into our own age. Since, according to Webster’s dictionary definition, the word feminist refers to one who advocates the political, economic, and social equality of the sexes or generally defends the rights and interests of women, we have avoided the words pro-feminist and anti-feminist, preferring instead pro- and anti-female.

The subtle incoherence of Webster’s alternate definitions of feminist seems to have eluded these scholars. The underlying social problem is far from subtle. On the term antifeminist, see my Matheolus post, note [7].