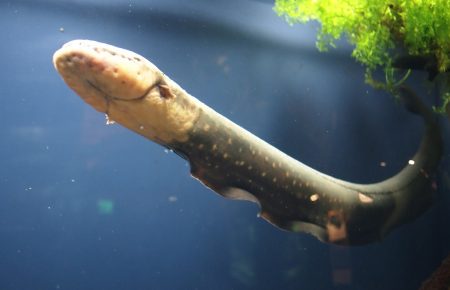 About 2700 years ago, the Greek poet Archilochus wrote to his ex-mistress: “many a sightless eel you have taken in.”[1] The brutish image of a “sightless eel” figures men’s penises. Cultural disparagement of the penis was a component of castration culture and supported highly discriminatory, harshly oppressive regulation of men’s sexuality in ancient Greece.

Just as in modern criminalization of sex, offenses were socially constructed to have men as perpetrators and women as victims. The ancient Greek term moichos refers to an man engaging in consensual, illicit sex with a woman. No corresponding term exists for a woman engaging in consensual, illicit sex with a man. Rape similarly in ancient legal systems was defined as a man forcibly having sex with a woman.[2] That sex bias in criminalization has a long shadow. Until 2012, the U.S. Uniform Crime Reporting system defined rape as a crime that men perpetrated against women. With respect to rape understood as forced intercourse, more women rape men than men rape women. The gender difference in common understanding of rape reflects the social construction of men as crime perpetrators and women as crime victims.

Gender bias in defining sex crimes supported oppressive regulation of men’s sexuality in ancient Greece. Classical Athenian homicide law allowed a man to kill another man he caught in the act of having sex with his “wife, or mother, or sister, or daughter, or concubine kept for procreation of legitimate children.”[3] Basic legal protection against being killed thus didn’t generally apply to a man having  consensual sex with a woman. The corresponding punishment for the women partner in such illicit, consensual sex was merely being denied the right to attend public sacrifices.[4] That’s stark sex discrimination in punishment.

Lycophron’s speech at his trial indicates the extent of sex-related violence against men. In an ancillary charge, Lycophron’s opponents accused him of urging aloofness on his former lover as she processed to marry another man. Specifically, he was accused of urging his former lover not to have sex with her new husband. Lycophron in his own defense declared:

Was I then so utterly senseless, do you think, that with all those other people in the procession, as well as Dioxippus and Euphraeus his fellow wrestler, both acknowledged to be the strongest men in Greece, I had the impudence to pass such comments on a free woman, in the hearing of everyone, and was not afraid of being strangled on the spot? Would anyone have listened to such remarks about his sister as these men accuse me of having made, without killing the speaker? [6]

As Lycophron indicates, men could be killed merely for expressing socially disfavored opinions to a woman. Moreover, women have relatively powerful capabilities for inciting men to violence against men. If a man doesn’t sexually serve a woman to her satisfaction, she could arrange to have him killed.

… till he’s starved dry; let him be led a scapegoat
and given seven lashes on his penis. [7]

A woman serves as the object of moicheia, never the active agent. Accordingly, Athenians employed such circumlocutions as “The woman with whom the adulterer {moichos} was apprehended ….”

Law in action differs from formal law, just as the prevalence of men as public officials in no way implies that a political system favors men generally. Men often escaped the death penalty for adultery by paying money to the aggrieved man. Nonetheless, anti-men sex bias in actual punishment for adultery is well-documented both historically and cross-culturally. Mohsen’s 1970 study of the Egyptian semi-nomadic Awlad ‘Ali people found that out of 14 charges of adultery, three men were killed in punishment and no women killed. Cohen (1991) p. 132.

[4] Cohen (1991) pp. 121, 124. Men in ancient Rome faced worse punishment merely for not marrying. Id., Ch. 6, rightly shows the absence of fact and rationality in the still-prevalent ideological construct that women in classical Athens were secluded within their homes. Nonetheless, Cohen approvingly reproduces scholarly contortions such as “women produce their own consent to the order by which they are dominated.” Id. p. 162, quoting Godelier. Like claims about misogyny, that’s scholarly obfuscation in the service of dominant gynocentrism.

[6] Hyperides, In defense of Lycophron 6, trans. Burtt (1954) p. 385. The wife with whom Lycophron allegedly committed adultery was Dioxippus’s sister. She apparently wasn’t charged with any crime.

[7] Hipponax, fr. 10, from Greek trans. West (1993) p. 116. I’ve substituted “penis” for the local-colloquial term “willy.” In another surviving fragment of Hipponax’s poetry, a man reports a woman sexually abusing him. She thrashed his testicles “as if he were a scapegoat.” Hipponax, fr. 92, trans. West (1993) p. 121. Compton (2006) Ch. 4, discusses Hipponax and scapegoating, but without any recognition of the particular relevance to men and men’s sexuality.

Compton, Todd. 2006. Victim of the muses: poet as scapegoat, warrior, and hero in Greco-Roman and Indo-European myth and history. Washington, DC: Center for Hellenic Studies, Trustees for Harvard University.

18 thoughts on “regulation of men’s sexuality in ancient Greece”