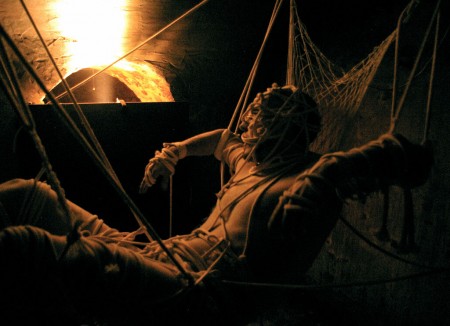 In ancient Roman, most men were denied the right to vote, had no realistic opportunity to hold public office, and owned little or no property.  In addition, men were conscripted into military service.  The exploitation of ordinary men, common throughout history, was not just a feature of Roman public life.  Roman men also evidently found their family obligations toward women to be oppressive.  By about 18 BGC, a large share of Roman men were reluctant to marry.  To encourage men to marry, Roman Emperor Augustus passed a series of laws penalizing unmarried men and rewarding men who married and had at least three children.[1]

The disabilities imposed on unmarried men included social devaluations.  Unmarried men were forbidden to attend public games and banquets.  Unmarried men were also forced to sit in less desirable seats in the theatre.[2]  These sorts of laws point to broader processes of social control.  Social strategies of shaming and dishonoring have powerfully affected men’s lives throughout history.[3]  The status of men in any society cannot be adequately understood merely by literal reading of formal law and simple demographic analysis of office-holding.

Coercing men into marrying is not a historical aberration.  In his ideal state, Cicero had state magistrates prohibit men from remaining unmarried.[4]  According to Plutarch’s Parallel Lives, Lycurgus, the famous law-giver of the Spartans, penalized bachelors:

Lycurgus also put a kind of public stigma upon confirmed bachelors.  They were excluded from the sight of the young men and maidens at their exercises, and in winter the magistrates ordered them to march round the market-place in their tunics only, and as they marched, they sang a certain song about themselves, and its burden was that they were justly punished for disobeying the laws.  Besides this, they were deprived of the honour and gracious attentions which the young men habitually paid to their elders. [5]

In his Roman History, Cassius Dio wrote of Emperor Augustus separating the Roman aristocracy into married men and unmarried men.  The married men were “much fewer in number.”  Augustus praised the married men for following the examples of their fathers and perpetuating their class.  Augustus demeaned the unmarried men:

O — what shall I call you? Men? But you are not performing any of the offices of men. Citizens? But for all that you are doing, the city is perishing. Romans? But you are undertaking to blot out this name altogether.

Augustus described unmarried men as worse than murders and robbers.  Unmarried men, according to Augustus, were immoral beasts:

You talk, indeed, about this ‘free’ and ‘untrammelled’ life that you have adopted, without wives and without children; but you are not a whit better than brigands or the most savage of beasts. For surely it is not your delight in a solitary existence that leads you to live without wives, nor is there one of you who either eats alone or sleeps alone; no, what you want is to have full liberty for wantonness and licentiousness. [6]

After World War II, the Soviet Union, Poland, and Romania enacted special taxes on childless persons.  At least in Romania, the taxes in actual administration were paid predominately by men.

Historians have focused on why Augustus enacted laws penalizing unmarried men.  Explanations put forward for those laws are to raise revenue, to promote morality, as a eugenic measure to increase the upper-class population, and as a measure to encourage the transfer of inheritances through family generations.  In any case, the laws generated widespread resistance and evasion.  Historians have largely regarded the laws as failures.[7]  By the fifth century, the laws punishing unmarried men and favoring men with more than three children were repealed.

Historians have largely ignored the question of why Roman men were reluctant to marry.  Some share of Roman man undoubtedly had a predominately same-sex sexual orientation, but that share probably didn’t change much over time and probably wasn’t large enough to create the public problem of men in general being reluctant to marry.[8]  If marriage were an opportunity for Roman men to exploit women, self-interested men would have been eager to marry.  The situation seems to have been the reverse.[9]  Marriage was a burden to men.

Augustus’ shaming of men suggests that Roman men were reluctant to marry because marriage deprived them of freedom, including sexual freedom.  Marriage potentially provides men with freedom to enjoy a wider range of life opportunities and freedom to have sex as much as they desire with a loving spouse.  The extent to which marriage actually provides men such freedom affects men’s willingness to marry.  The extent of discrimination against men in family courts also affects men’s willingness to risk entering into marriage.  These issues are hardly recognized publicly in most societies today.  Historians unable to recognize and discuss the reality of marriage law in the societies in which they currently live cannot credibly analyze ancient Roman family law and marriage.

[1]  Lex Julia de Maritandis Ordinibus (Julian law on regulating marriages in the social order), enacted about 18 BGC.  The text of the law hasn’t survived.  In 9 GC, the Lex Papia Poppaea supplemented and modified provisions of the Lex Julia de Maritandis Ordinibus in response to protests from the Roman elite (the equestrian order).  What is know about these two laws cannot be distinguished between them.  Hence they are commonly described with the unified name Lex Julia et Papia Poppaea.  The law required male citizens between the ages of 25 and 60 and female citizens between the ages of 20 and 50 to be married.  Unmarried persons of these ages could not receive legacies or inheritances from anyone with whom they were not related by six degrees of relation.  Grubbs (2002) p. 84.  Persons who had at least three children received legal privileges according to the ius trium liberorum. The growing prosperity of the Roman Empire seems to have been broadly correlated with men’s worsening position within the family and men’s increasing reluctance to marry.

The penalties regarding public entertainments were broadly conceived and were perhaps more keenly felt than we tend to imagine.

Id. p. 79.  The law also apparently recognized the problem of female hypergamy (seeking to marry up):

The law evidently imposed a tax on celibate women with fortunes of 20,000 sesterces or more, a meaure that reached fairly far down the social scale.

Id. p. 80.  Men throughout history have been much more willing to marry spouses with less financial resources than themselves.  The prevalence of divorce and rules on income distribution upon divorce affect incentives to marry across wealth classes.  Hypergamy and assortative mating promote income and wealth inequality.

[3] Consider, for example, the U.S. case Dubay v. Wells (2007).  In that case, an unmarried man reasonably sought not to have unplanned and unwanted parenthood legally imposed on him.  The court ruled against Dubay.  It declared his case “frivolous, unreasonable, and without foundation.”  The court sought to shame Dubay with a reference to man-degrading chivalry: “If chivalry is not dead, its viability is gravely imperiled by the plaintiff in this case.”  Men in the U.S. have no reproductive rights.  Moreover, knowledge of biological paternity is considered to be important only for imposing financial burdens (“child support”) on men.

[7] With respect to Lex Julia et Papia Poppaea, Tacitus, Annals 3.25, declares: “marriages and the rearing of children did not become more frequent, so powerful were the attractions of a childless state.”  More generally, after Augustus’ death, most commenters did not think that the laws were succeeding.  The judgment that Augustus’ marriage laws were a failure has prevailed to the present.  Field (1945) pp. 411-5.

[8] The category “gay” wasn’t used in ancient Rome.  Men who were homoerotically inclined might marry a woman and have affairs with men and boys.  Moreover, such men could gain legitimate children and the ius trium liberorum through the services of other men.  Juvenal, Satire 9, ll. 85-89, from Latin trans. Braund (2004) p. 359.  Nonetheless, greater homoerotic inclination probably decreased a man’s incentive to marry a woman.

He {Augustus} devised an ingenious system of rewards and penalties to overcome the selfishness of bachelors; there were to be rewards for the responsibilities and cares inseparable from marriage, and penalties to outweigh the obvious conveniences of celibacy.

Ferrero et al. (1909), vol. 5, pp. 60-1. The conveniences of celibacy are obvious only in misandristic and gynocentric societies.  Marriage could be very attractive to men in the right circumstances.

Grubbs, Judith Evans. 2002. Women and the law in the Roman Empire: a sourcebook on marriage, divorce and widowhood. London: Routledge.

13 thoughts on “why were men reluctant to marry in ancient Rome?”