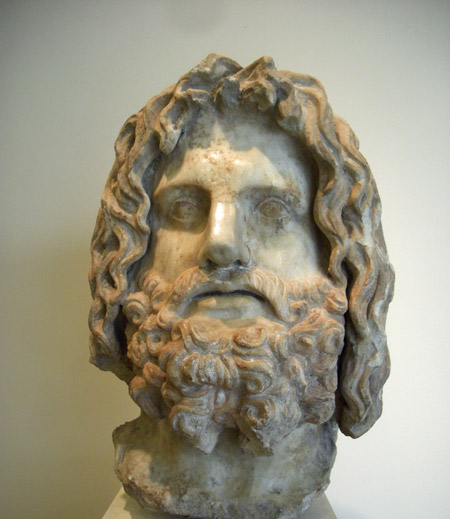 Marginal voices of men in the Roman Empire can be heard through informal inscriptions.  Sometime before the eruption of Mount Vesuvius in 79 GC, someone inscribed in Latin on a wall in Pompeii:

I don’t want to sell my husband, not for all the gold in the world. [1]

Was the writer a woman telling the world how much she loves her husband?  Enjoy that sweet thought, but it’s probably not true.  The premise of the inscription is that the wife owns the husband like slaves were owned in the Roman Empire.  In expressing appreciation for her husband, a Roman woman almost surely wouldn’t figure her husband as a slave that she could sell.  The person who wrote that inscription more plausibly was a man sarcastically noting a wife treating her husband like a slave.

Other inscriptions at Pompeii express that what men want is sex.  Inscriptions record men achieving sex:

The voices of men seeking sex and achieving sex play loudly in men’s and women’s understandings of men.

Voices of men wanting more than sex are less easily heard.  Another inscription at Pompeii reads:

Weep, you girls.  My penis has given you up.  Now it penetrates men’s behinds.  Goodbye, wondrous femininity! [3]

The phrase “goodbye, wondrous femininity” strikes a sarcastic note much like that of “I don’t want to sell my husband, not for all the gold in the world.”  “Weep, you girls.  My penis has given you up” is a remarkable male assertion of male sexual value.  It contrasts sharply with the inscription suggesting that all women should have access to the stallion Floronius’ sexuality.  Social systems in which women’s sexual opportunities are much richer than men’s devalue men’s sexuality.  They also tend to reduce men’s person to an animal nature like that of a stallion.  Voices of men asserting the value of male sexuality and wanting more than just sex surely exist, but they are small, quiet, and generally ignored.

Inscription source:  The inscriptions at Pompeii are given in English translation on the web page “Graffiti from Pompeii.”  That source admirably provides, for each inscription, a reference to where the inscription was found: region.insula.door number (verbal description).  That source then provides the inscription number in the scholarly source Corpus Inscriptionum Latinarum (CIL), Volume 4.  Shelton (1998) provides, in English translation, Roman-era texts selected and arranged in accordance with the demands of contemporary academic orthodoxy and the college book marketplace. Id. pp. 98-99 provides a selected collection of Pompeian inscriptions.  The collection doesn’t include the last inscription quoted above.

[image] Head of Serapis, from 1st-century Roman Egypt (Baliana).  Marble, from the collection of the Walters Art Museum, Baltimore  (23.120).  The head appears to have been part of a huge, seated statue.  The head illustrates the opposite of marginal voices of men.