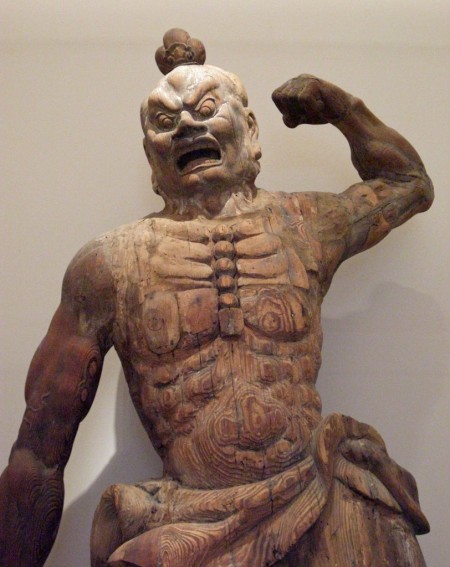 Like rogues, thugs, and bad boys today, Roman gladiators were highly attractive to women.  Within the old gladiatorial barracks in Pompeii have survived graffiti indicating gladiators’ sexual allure.  Among the graffiti are these:

According to a leading scholar of ordinary life in ancient Rome, these graffiti are:

simultaneously bloke-ish boasting and the poignant fantasies of a couple of young fighters, who faced a short life and may never have got their girl, or at least not for long. [2]

Only an academic with no memory of masculine men could interpret as “bloke-ish boasting … poignant fantasies” a gladiator writing “Celadus, heartthrob of the girls” or “Celadus, the girls’ idol.”[3]  Men typically don’t boast or fantasize about being the center of attention.  Men’s interests are usually more act-oriented.  Moreover, much closely observed and carefully analyzed experience indicates that men who act like they are not desperate for sex or for women’s attention are more successful in getting just that.  Scholars of the new applied game theory call this “aloof asshole game.”

Rather than representing Celadus’s boasting or fantasies, the Celadus heart-throb / idol graffiti more probably represent another gladiator taunting Celadus.  Men’s sexual allure to women depends strongly on their status among men.  Describing Celadus as the heart-throb / idol of the girls implicitly questions his status among men.  One aspect of that status challenge might be homosexual, but it’s not necessarily so.  Describing Celadus as the heart-throb / idol of the girls also puts pressure on Celadus’s ability to run aloof asshole game.  Pretending that you aren’t eager to have sex with girls requires more guile when your brothers-in-arms are taunting you about how much girls adore you.

the myth of the upmarket Pompeian lady being caught red-handed in the gladiatorial barracks, with her gladiator lover, is just that: a myth [4]

That’s a thought-suffocating myth of a myth.  Do you believe that during the eruption of Mt. Vesuvius a richly jeweled woman took shelter in a gladiator barrack with strong, dangerous men that she did not know?  That’s possible.  But reason, feeling, and experience tend to suggest otherwise.  During the terror that Mt. Vesuvius rained down on Pompeii, the rich woman probably sought out the strong arms of her gladiator-lover.[5]

Subvert the power of myth-makers with real understanding and your own creative thinking.

[2] Id.  If a male scholar put forward such an obtuse, tendentious, and belittling interpretation of a woman’s writing, he would be condemned as a misogynist and sternly instructed that only women can justly celebrate women’s voices.

[3] The third graffito probably isn’t a fantasy.  It seems to reflect a man’s sense of instrumental achievement.  That mode of personal valuation contributes to men’s relative disposability.  Other Roman graffiti also display that sense of men’s sexual achievement, with one rare note of protest.

[4] Id.  The remains of the persons in the gladiators’ barracks were found in the eighteenth century and subsequently lost.  Hence scientific testing on the age and sex of the skeletons cannot now be performed.  The reports indicate that only one richly jeweled woman was found in the room.  Roman literature humorously described gladiators’ sexual allure:

Eppia, the senator’s wife, ran off with a gladiator … And what were the youthful charms which captivated Eppia? What did she see in him to allow herself to be called “a she-Gladiator”? Her dear Sergius had already begun to shave; a wounded arm gave promise of a discharge, and there were sundry deformities in his face: a scar caused by the helmet, a huge wen upon his nose, a nasty humour always trickling from his eye. But then he was a gladiator! It is this that transforms these fellows into Hyacinths! It was this that she preferred to children and to country, to sister and to husband. What these women love is the sword: had this same Sergius received his discharge, he would have been no better than a Veiento.

Juvenal, Satires 6, ll. 103-113.  Another contemporary writer sarcastically refers to “those most loving gladiators, to whom men prostitute their souls, women too their bodies.” Tertullian, The Shows (De Spectaculis) Ch. 22.  These texts now tend to be moralistically disparaged.  That doesn’t change the truth.

[5] Underscoring the trans-historical appeal of bad boys and rough men, the maid Chrysis explained to Encolpius:

There are certain women, you see, whose lust is set in motion only at the sight of slaves or messenger boys with their tunics belted high up. Gladiators in the arena, a mule driver covered with dust, an actor in the shameful exposure of this performance — that’s what it takes to heat up certain females. My mistress is one of this tribe: her taste goes fourteen rows back from the reserved seats and looks for a lover at the fringes of the mob.