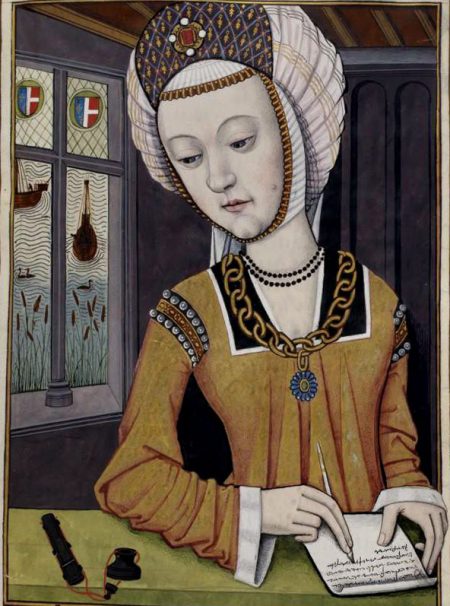 Despite much social pressure to work full-time for money outside the home, some wives are nonetheless reluctant to take such jobs. That puts husbands in the difficult, burdensome position of being primary wage-earners for their families.  Husbands with wives reluctant to work full-time for money outside the home should explain to them how their position, an aspect of socially entrenched female privilege, oppresses men. Drawing upon insights from classical literature, such husbands might discuss working together with their wives in a home-based prostitution enterprise.

Wives and husbands can achieve a more equal economic partnership through a home-based prostitution enterprise. According to the esteemed Roman author Horace, the renowned seer Tiresias advised Ulysses (the Roman name for Odysseus) to pursue such an enterprise with his wife Penelope. Penelope was renowned for her chastity since the time of Homer’s Odyssey. Ulysses queried incredulously:

Do you think her services can be bought, a woman of such honesty and virtue, whom the suitors could not turn away from the right track?

Yes. The young men who came were frugal in giving. They were more interested in the kitchen’s offerings than those of Venus. This is why your Penelope is virtuous. Give her just one taste of a nice bit of profit from one old man, having you as her partner, and she’ll be just like the dog that can never be scared away from the greasy hide.

Penelope’s true virtue was in her willingness to work as a partner with her husband. While not all women are like that, other women similarly partnered with their husbands. Apuleius in the second century GC described husband and wife partners who developed a thriving prostitution enterprise with a broader customer base and a more elaborate business model:

His whole house is that of a pimp, his whole household corrupt. He himself is infamous, his wife a whore, and his sons are of the same caliber. All day and night young people have their fling. There is kicking at the doors and noisy singing at the windows, the dining room is swarming with revelers, and the bedroom is open to adulterers. Nobody needs to fear going in, provided he has paid the price to the husband. This way the disgrace of his own bed becomes a source of income. Once he smartly earned money with his own body; now he publicly does so with the body of his wife. Most visitors make arrangements with the man himself — this is not a lie! — yes, with the man himself about a night with his wife! And there we see that famous “secret understanding” between man and woman. Those who have brought along ample means to pay for the wife are watched by nobody and can leave when they wish. But those who arrive more empty-handed on a given sign are “caught in adultery.” As if they have come for a writing lesson, they may not leave before they have “written something” {a financial promissory instrument}.

Unfortunately, due to the social devaluation of men’s sexuality, husbands lack equal opportunity to work as prostitutes. Nonetheless, wife and husband working together as business partners in a home-based prostitution enterprise is an important step toward gender-egalitarian marriage.

Classical literature warns of risk in husband and wife working together as sexual business partners. The wife may find a better partner:

On a pimp for his own wife

Wretched Greek, well-practiced in your ingenious art of pimping,
you began to act as your wife’s procurer,
and, when your wife’s strong allure had clawed a man,
you were accustomed to have him thrown out of his house.
But one clever fellow scorned the net you had stretched out for him,
and himself determined to stay in your house.
Thus once let in, (he won over your wife)
and thrust you wretched out of your own home.
This alone proves true the jocund poet’s words:
“While cutting the goat’s throat, you yourself were made a gelding.”

The anti-men bias of criminal law is associated with men being harshly punished for adultery and women scarcely being punished at all. Moreover, wives can easily have their husbands thrown out of the marital home. Men who fail to act with true, praiseworthy chivalry towards their wives run great personal risk. But men who sufficiently value ideals of gender equality should accept that risk.

[1] Horace, Satires 2.5.77-83, from Latin trans. Davie (2011) pp. 51-2. The subsequent quote is from id. In this and subsequent quotes, I’ve made some non-substantive changes to make the quotes easier to read. Here’s the Latin text and Tony Kline’s alternate online English translation.

[2] Apuleius, Apologia (A Discourse on Magic) 75, from Latin trans. Hunink in Harrison, Hilton & Hunink (2001) pp. 95-6. Thanks to James J. O’Donnell of Georgetown University, here’s an online Latin text, with a helpful English crib, as well as a alternate, more fluid English translation.

Anyone who makes a profit from his wife’s adultery is punished, for it is no small crime to have pimped for one’s wife.

Husbands shouldn’t acquiesce to having a home-based sex-work enterprise be a front for murderous extortion. For example, the three knights Pirellus, Oliverus, and Levercius were murdered when they came to pay Josias’s wife for sex. She had plotted with her husband to have those men murdered. The husband and wife subsequently got into an argument. She then angrily called him a murderer. Their murderous enterprise was thus exposed and both were put to death for their crimes. See ch. 31 (“Three Gallants Entrapped”) in the Anglo-Latin Deeds of the Romans {Gesta Romanorum}, edition of Bright (2019). This story came from the story known as Amatores in the Seven Sages corpus. Id. p. 187, n. to ch. 31.