Whether a husband committed adultery or his wife did, the blame lay with the husband. … We usually think of premodern European adultery laws and the courts that applied these laws as intended to punish women’s illicit sex while condoning men’s illicit sex. This is not how late medieval courts operated. Instead, courts punished men for adultery, particularly husbands, while punishing only a fraction of female offenders. [1]

Research on punishment practices centuries ago is much more difficult than studying what’s going on right now. The evidence for gender bias against men in criminal justice today is as overwhelming as the vastly disproportionate imprisonment of men. Compiling examples of grotesquely unequal justice under law by gender requires a wry sense of humor. Earnest scholars might ponder how modern scholars have misrepresented Blackstone’s figure of coverture and ignored mass imprisonment of men for debt in early modern England.[2] Ordinary folk might just consider a story from medieval Latin literature.

A wise and powerful king had a beautiful daughter. He was very fond of her. Exploiting the socially devalued lives of ordinary men, the king ordered five men (soldiers) to protect her:

he charged them, under the heaviest penalties, to preserve her from every possible injury. The soldiers were on guard night and day. Before the door of her bed-chamber they suspended a burning lamp so that the approach of an intruder might be more easily detected. They similarly kept a dog, whose bark was loud and piercing, to rouse them from sleep. [3]

Putting aside her father’s loving concern for her safety, the young lady sought the pleasures of the world. Her chance came when a duke passing by noticed her beauty. He amorously proposed to her. She readily agreed. She killed the guard dog, put out the watch lamp, and at night escaped with the duke. She was a strong, independent woman who undoubtedly played well the game of seduction. 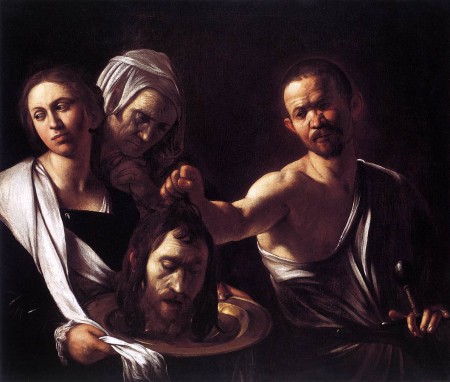 Punishment of the runaway woman and man differed characteristically by gender. A white knight like Lancelot and today’s benighted manlets hunted down the fugitives:

A battle speedily ensued, in which the champion triumphed, and decapitated the seducer on the spot. The lady he conveyed back to the palace

In an adulterous affair, the man gets castrated or killed. The woman gets forgiven. So it was in this story. The woman married a powerful nobleman. She received many gifts and pious advice from her father and others. She lived out the rest of her days in peace as a married woman. Occasionally she surely recalled fondly her few pleasurable nights with her duke-lover who had been decapitated for his sexual offense with her.[4]

[1] McDougall (2014) pp. 208, 225. The same punishment bias toward men existed in Byzantium. While men were punished for sex outside of marriage, “the law, with very few exceptions, did not punish a woman who consented to illicit sexual intercourse outside marriage.” Laiou (1993) p. 219. Stark sex differences in punishment for illicit sex go back to ancient ancient Greece.

[2] Imprisonment of men for debt (inability to pay “child support” arrears) still exists in the U.S. today. However, most persons now in prisons and jails are being held for criminal offenses.

[4] The woman who committed adultery was significantly punished in some instances. For example, in the Latin Arthurian romance Arthur and Gorlagon, the adulterous woman was required to kiss the bloody, decapitated head of her lover. In Gesta Romanorum, Tale 56, the head of a woman’s decapitated lover similarly served as an instrument of her punishment. Trans. id. pp. 93-5. The gender bias in punishment (who is killed) is clear in both stories.

[image] Salome with the Head of John the Baptist. Caravaggio, 1607. Held in National Gallery, London. Thanks to Web Gallery of Art and Wikimedia Commons.

McDougall, Sara. 2014. “The Opposite of the Double Standard: Gender, Marriage, and Adultery Prosecution in Late Medieval France.” Journal of the History of Sexuality. 23 (2): 206-225.

20 thoughts on “adultery punishment gender-biased against men throughout history”