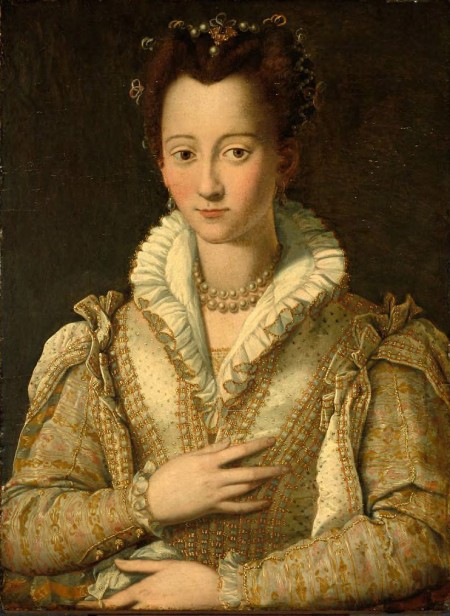 In Boccaccio’s Decameron, the story of Madonna Filippa explicitly sets up righteous smugness.  The story begins with a description of a legal statute.  Such descriptions have been fodder for moralizing formalists from the enactment of Hammurabi’s code to the present.  The male story-teller declares the statute to be “no less reprehensible than harsh.”  Then, from his position of moral superiority, he describes it:

A statute … that condemned women taken in adultery to be burned alive, making no distinction between one whose husband caught her with her lover and one who was doing it with somebody for money. [1]

The story itself begins with Madonna Filippa’s husband Rinaldo having discovered her in their bedroom in the arms of a man from an enemy family.  Rinaldo didn’t kill either Madonna Filippa or the man: “it would have been unlawful for him to kill her.”  Laws have commonly allowed a husband to kill a man having sex with the husband’s wife if caught in the act.[2]  Killing men is of much less public concern than is killing women.  The story of Madonna Filippa ignores the fate of the man committing adultery with Madonna Filippa.

Law in action cannot be understood merely by quoting statutes.  Rinaldo denounced Madonna Filippa.  He had her summoned to court.  Her friends advised her to dodge the law:

Though many of her friends and relations discouraged her from doing so {obeying the summons}, she was firmly resolved to appear in court, confess the truth, and die bravely rather than flee like a coward and live in exile because she had defied the law.

Exile apparently was an alternative to being burned alive under law.  Exile isn’t currently offered as an alternative to the death penalty in U.S.  Between 1973 and 2010, the U.S. executed 1,220 men and 12 women.[3]  Men  in practice have always been much more likely to be subject to the death penalty.  A woman being executed under law is a sensational story.  A man being executed under law is normal practice.

The judge felt pity for Madonna Filippa.  He counseled her about how to avoid the death penalty under the adultery statute:

My lady, as you can see, your husband Rinaldo is here, and he’s lodged a complaint against you, alleging that he caught you committing adultery with another man.  Consequently, he’s demanding that I punish you according to the requirements of a statute that’s in force here and have you put to death.  I can’t do that, however, unless you confess.  So, be very careful now about how you reply, and tell me if what your husband accuses you of is true.

The judge obviously was encouraging Madonna Filippa to lie.  Instead, she truthfully confessed that she had committed adultery.  She rejected the usual law in action for women.

Laws should be impartial and should only be enacted with the consent of those affected by them.  In the present case, these conditions have not been met, because this law applies only to us poor women who are much better than men at giving satisfaction to a whole host of lovers.  Moreover, when it was passed, not only were there no women present to give their consent to it, but since then, not once have they ever been consulted about it.  And that’s why, for all these reasons, it could with justice be called a bad law. [4]

Madonna Filippa was a noblewoman and well-known in her city.  Across medieval Europe, most men were peasants, day labors, and vagabonds.  Property and criminal law was not impartial between nobles and peasants.  Most men had no opportunity to consent to the laws that applied to them, nor were they ever consulted about those laws.  Madonna Filippa’s invocation of “us poor women” should generate derisive laughter.  Yet such remarks don’t do so even in similar circumstances today.

If he’s always obtained what he needed from me and was pleased with it, what was I supposed to do — in fact what am I to do now — with the leftovers?  Should I throw them to the dogs?  Isn’t it much better to serve some of them up to a gentleman who loves me more than his very own life than to let them go to waste and have them spoil? [5]

Madonna Filippa’s argument quotes in Italian translation the first part of Matthew 7:6, “Do not give what is holy to dogs.”  In the Latin Bible pervasive in fourteenth-century Europe, the relevant text is “Nolite dare sanctum canibus.”  In the context of elite theological discourse or courtly love, “sanctum” was a term used for a woman’s body.[6]  In addition, Madonna Filippa’s argument resonates with Jesus mocking his disciples in Matthew 15:21-28.  That joke also has largely been lost.  At a cruder level, serving up Madonna Filippa’s leftover sexuality to dogs suggests bestiality.  The celebrity Madonna of the late twentieth-century U.S. seems to have understood the outrageous sexual suggestion of Madonna Filippa better than have learned Boccaccistas.[7]

In a pattern popular from ancient times to the present, Rinaldo leaves the courtroom “utterly abashed” and Madonna Filippa returns home “in triumph.”  The large crowd at the trial rose in unison to support the woman:

They immediately shouted in one voice that she was right and that it was all well said.  Then, at the suggestion of the podéstà {judge}, before they left, they modified their cruel statute, restricting it so that it only applied to those women who betrayed their husbands for money.

The story of Madonna Filippa evokes superficial moralizing for rich humor.  A leading male professor of Romance literature, introducing in 1982 what became the most popular English translation of the Decameron, declared:

if they {readers of the Decameron} want to hear a true spokeswoman of “women’s lib” avant la lettre, let them attend to saucy Filippa of Pisa (VI, 7). [9]

Many readers have followed that line.  Madonna Filippa, in arguing before the judge deciding her fate, was more funny, more crude, and more sophisticated than many readers in our enlightened age.  The interpretive history of the story has augmented its humor.

[2] Under the Roman law of Augustus, a husband catching his wife in the act of adultery with a man could kill the man, but not his wife.  Similar statutes persisted in U.S. states until the 1970s.  Punishment for adulterous wives in Boccaccio’s time was typically much less severe than death.  Pennington (1977) p. 902.

[5] Chaucer’s Wife of Bath offers an alternative, non-rival view of her sexuality:

He is too great a miser that would refuse
A man to light a candle at his lantern;
He shall have never the less light, by God.
If thou have enough, thou need not complain.

Geoffrey Chaucer, The Wife of Bath’s Prologue, ll. 333-6, in Benson’s modernized English version. Madonna Filippa and the Wife of Bath’s contrasting analyses of a woman’s sexual economics highlights that they both are rationalizing.

[7] The singer Madonna’s 1992 book Sex included a photograph suggesting Madonna positioning herself to have a dog lick her vagina.

[8] A wife makes such a suggestion in the Old French fabliau Le sacristain ou Du segretain moine (The Sacristan Monk).  For discussion and references, see note [1] discussing that fabliau.

Most importantly, although Madonna Filippa has become famous as an example of Love giving courage and bravery to a woman, Boccaccio used her only as a vehicle: the joke is the important element of the tale, not the characters.

Pennington (1977) p. 905.  The joke goes beyond the tale.  Consider Brown University’s Decameron Web.  It features a page entitled, “Madonna Filippa (VI.7): Feminist Mouthpiece or Misogynistic Tool?”  Many academics today seem oblivious to alternatives to such a dichotomy.  The story of Madonna Filippa has serious points: gynocentrism and social rationalization.