let it be clear to you that she who seems most chaste and virtuous … would rather have one eye than be content with just one man.  … Women’s lust is fiery and insatiable and for this reason knows no discrimination or bounds … while their husbands were away or else left sleeping in their beds, many have already gone to public brothels in disguise!  And they were last to leave these places, tired but unsatisfied. [1]

The spiritual guide described his own earthly experience with his wife:

Not only could I not satisfy her burning lust, nor one lover, nor two besides me, but a multitude were not sufficient to quench a single tiny spark of it.  I have not spoken to you about this, nor do I intend to speak about it at length, … for I know that men who desire women’s affection take greater hope and, in consequence, add more fuel to their love, the more they hear of women’s ardor. [2]

Men want their sexual needs to be met.  Medieval European men tended not to understand, at least in advance, that medieval European women’s sexual vitality far exceeded their own. 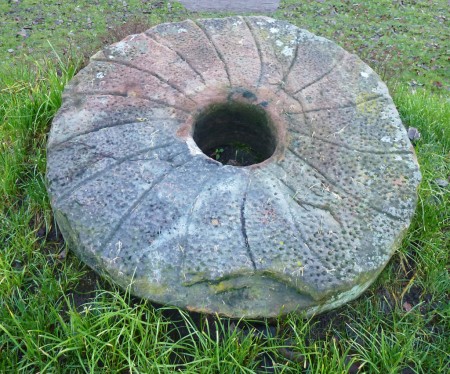 The fourteenth-century Spanish work Libro de buen amor presents men’s sexual misunderstanding in a culturally hybrid fableau.  A lusty young miller wanted three wives.  Some medieval European men undoubtedly had sexual relationships with women other than their wives.  However, in Christian Europe, a man was not permitted to have multiple wives.  In the Islamic world, men could have up to four wives.  The young miller’s desire for multiple wives is sexual eagerness expressed in a well-recognized institutional form of the Islamic world.  Quantitatively, the young miller’s sexual eagerness did not quite reach the limit of Islamic law.

After a month of marriage to one wife, the lusty young miller sought to transgress European Christian marriage law in a different direction.  His wife was sexually exhausting him.  His family was planning to marry off his elder brother “to one woman, and not more, by law and the rites of the Church”:

The young miller thus sought for his wife to have sexually in effect two husbands.  Such an arrangement is no more Christian than a man having three wives.

The story of the young miller concludes in weakness and in love.  Before he was married, the young miller was muscular and had great power and strength.  He could stop a spinning millstone with his unmoving foot.  After a month of marriage, the young miller was tossed upside down when he attempted to stop the millstone with his foot.  He then cursed the millstone: “Ah, strong mill, would that I could see you married!”  The mill could not marry.  In Christian Europe, a man couldn’t legally marry multiple wives, nor could a wife have multiple husbands.  These institutional details matter little in the end:

He loved his first wife so much that he never took the second girl; he never tried to stop the millstone again, he never even considered it [4]

The fire of his wife’s sexuality left the young man weak and satisfied.  Men today probably wouldn’t protest such an outcome, at least if they could know who their children are.

An earlier Old French fabliau parallels the story of the young miller, but places a young man’s initial desire beyond Islamic law.  The young man said that he wanted twelve wives.  However, just one wife sexually exhausted him and established her sexual superiority.  Haggard and spent from too much sex with his wife, the husband renounced his desire for multiple wives.  His wife then took good care of him:

She took her husband by the hand
and led him home and bathed him and
had him shaven and cut his hair,
and saw he drank and had three square
meals every day and had a place
where he could sleep alone in peace,
and made sure all his needs were met
till he’d filled out and put on weight
and regained his vitality. [5]

Many countries today control men’s sexuality with harshly punitive laws.  Those laws are unlikely to change soon.  But individual women are capable of meeting men’s sexual needs and showing concern for men’s health and well-being.

[4] Elsewhere in Libro de buen amor, Don Amor (Sir Love) urges upon men the importance of frequently having sex with their ladies:

Do not neglect your lady, I’ve told you that before.
All women, gardens, mills need constant use, as you should know.
…
The following things are true: a mill that’s grinding earns the rent,
A garden that’s well spaded bears sweet apples excellent,
A woman who is often wooed is lively and content.
With these facts in mind, you’ll find your efforts not misspent.