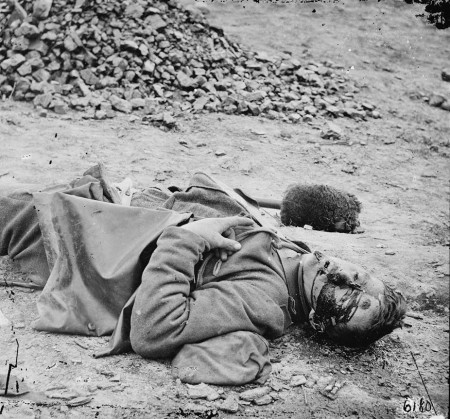 About two millennia ago, Ovid, the great teacher of love, taught men not to be slaves to the one beloved and not to imagine that women are chaste beings far above men’s immoral plain.  But men throughout history have not only chosen ignorance and stupidity, but also have celebrated that as nobility.  They called it fin’amor (“fine love”). Jacques de Baisieux’s mid-thirteenth-century courtly nouvelle, Des trois Chevaliers et del Chainse (The Three Knights and the Chainse) marks a high point in the literature of fin’amor, the literature of men’s idiocy.[1]

Three knights arrived for a jousting tournament.  All fell in love with a noble lady of the court hosting the tournament.  She was married to a young, rich, courtly lord.  He was generous to all, well-liked by his household and neighbors, but not a fighting man.  Each of the three knights pleaded his love to that man’s wife.  She did not take any of them as a lover.  She seems to have refused them for the cruel pleasure of sexual refusal rather than for faithful love of her husband.

The lady subsequently proposed an ordeal for her knight-suitors.  She instructed one of her squires to present one of her chainses (a long white gown) to a particular knight that she named.  She told the squire to tell that knight that if he wanted to show his love for her, he should fight wearing the chainse and no armor other than a helmet.  The knight who was the lady’s first choice at first accepted the chainse.  But after considering the grave danger of fighting without body armor, he sent the chainse back to the lady.  The lady instructed the squire to present the chainse and propose the ordeal to her second choice among her knight-suitors.  That knight refused to accept the chainse.  The chainse was then presented to the lady’s third choice, a knight who had little money.  That knight joyously accepted the chainse and sent thanks to the lady “for the beautiful gift.”  It was a gift sent from a rich lady in default to her last choice among the three knights.

The knight with the chainse was ecstatic about the upcoming battles in which he was sure to suffer grievous bodily injuries.  He imagined himself with the love of the lady:

The chainse was tightly embraced by the young man.  He had kissed it very tenderly more than a thousand times during the night and said that well before the onset of darkness he would give such battle that never would have been a lady for whom such was done.  Great his joy and enjoyment.  He praised Love for having honored him so.  Cowardice, in whom Fear grows, reminded him of the steel blades his flanks would be cut with.  “At no time have shoulders and sides received blows such as you will receive, young man.  Your prowess will be in vain.  For trickery and deception your flesh is dead and your soul lost: you lost both God and the world.” His entire flesh shook and trembled because of what Fear had told him, but his heart took no account of it, for his heart held pain as nothing.  …  he must have his flesh hacked away so he can receive these many delights {of the lady’s love}.[2]

In the tournament, the knight’s body was sorely wounded, but he continued rushing into fights:

So much was his flesh cut in pieces that the entire chainse was bathed in blood.  Each one who saw him spared him, but this was not his will.  It caused him to sorrow that he could find no one to exchange blows with because of the torment of his wounds.  From adversary to adversary he runs.  Always he remembers his lady love who sent him the chainse.  He maintained himself well as a lover.  So much was he beaten and wounded that much of his strength was lost. … In thirty places he was cruelly cut, but he never admitted defeat.

There is a direct line from this idiocy to international organization’s reports on gender gaps in lifespan. The knight was awarded the prize at the tournament.  In reality, he was a total loser.  The lady paid for his expenses and took him as a lover. While the story doesn’t specify the love that the lady directed the knight to provide, he wasn’t satisfied with their personal love.

Right before a subsequent feast and tournament at the lady’s court, the wounded knight sent the lady the bloody chainse and requested that she wear it when she served the guests.  No one knew that the chainse had come from that lady.  Everyone knew the knight who had worn the chainse during the previous tournament and who had been severely wounded.  The lady accepted the chainse:

She said that however much it was soaked with the blood of her faithful lover, she considered the chainse a royal garment.  For neither refined gold nor precious stones could be so dear as the blood it was stained with.  She said she would attire herself with it before serving wine or meat since her sweetheart requested it.

More than the riches of her husband, the lady coveted blood from a man’s wounds.  Wearing the bloody chainse, she was a center of attention at the feast:

Each one at the feast spoke of the lady’s attire, most especially those whom she served.  They said that she deserved to be dishonored, for she dressed in this way to do honor to a simple knight.  They knew very well that her lord {her husband} never engaged in combat.  Everybody wept with warm tears, for they thought she had gone mad.[3]

The story ends in the interactive mode with a question: who was braver, the knight who wore the chainse and was grievously injured, or the lady who subsequently wore the bloody chainse and became the center of attention for her attire?  The correct answer is neither.  Stupidity isn’t bravery.  Neither is publicly embarrassing your husband with a big, red sign declaring him to be cuckolded.[4]  The husband took this like a perfect beta, incapable of criticizing a woman:

Great was the chagrin of her lord, but he made no sign or semblance of it.  No one saw a change in his behavior: he was neither less verbose nor less taciturn.

Men have stolidly accepted living under pernicious, misandristic ideals of manliness and chivalry.  Men have to find their true manly voices to move forward to a more humane, more just society.

[3] The lady’s actions toward her knight-suitors and her husband characterize her as the belle cruelle in fin’amor.  The people’s response to her is characteristically sympathy and excuses, not condemnation.

As to which of the lovers was more courageous, the knight who put his life in jeopardy or the lady who risked her good reputation, we will have to leave the resolution of that problem to the discretion of our readers.

[image] Dead soldier after battle at Petersburg, VA, in 1865 during the U.S. Civil War.  From U.S. Library of Congress, Civil War Glass Negatives and Related Prints.