While men authored most of the surviving medieval Latin texts, voices of men writing self-consciously about masculine love are not common.  Inseminating women, working for money, dying for their country — if men did not perform these natural-cultural tasks, who would?  Christian clerical or monastic life offered men a different way, yet one largely unconcerned with men as distinctively sexed human beings.  Adam, the generic human, was the starting point for understanding the relationship between God and man.  Man in medieval discourse meant human being, not male human being.

Men’s masculine love had a disadvantaged position in medieval discourse.  A loving relationship between God and man was fundamental to medieval understanding of a rightly ordered world.  In medieval thought, God, the maker of heaven and earth, was figured as male.  The Church, the community of Christian believers in this world, was figured as female.  Jesus Christ had a circumcised penis.  Mary, the mother of God, had a womb.  In medieval typology, the Christian believer more naturally matched the type of the Church and Mary.  Mary loved Jesus within the intimate physical circumstances of a mother giving birth to a child.  Mary loved Jesus as a Christian disciple who followed Jesus to the cross.  Man’s love in medieval thought was that of the feminine first disciple Mary.

To appreciate fully men’s sexed protests, medieval texts must be read empathetically.  Medieval men’s sexed protests have generated literature similar to much of the past decades’ academic writing on gender, as well as to the Vagina Monologues.  Self-righteously and indignantly looking down upon such literature and forcefully categorizing it as misogyny is facile.  Within malicious, tedious, and depressing literature, the enlightened reader can find precious human insight.

A medieval Latin text offers rare insight into men’s self-consciousness about masculine love.  The text, which has attracted relatively little scholarly interest, has survived in manuscripts from the twelfth century.[1]  The text insistently addresses woman.  A few easily missed verses reveal a largely unrecognized sense of the medieval position of masculine love.  Consider this verse:

Woman, a man in all his actions of loving is a woman according to you.

Some sexual antagonism undoubtedly has occurred in loving, intimate heterosexual relations since the evolution of humans.  The peevishly enunciated phrase “according to you” is typical of such antagonism.  Men, however, don’t normally complain publicly about lack of appreciation for their full capacity to love.  Underneath this text’s peevishness is a man’s extraordinary self-consciousness about masculine love.

A couplet from the same twelfth-century Latin text offers an astonishing perspective on the sexual portion of masculine love.  The text declares:

Woman that pricks is like having a scorpion in one’s mouth.
Woman wants pricking, and wants it in her mouth.

The text’s scholarly editor notes that this couplet seems best interpreted as referring to sex.[4]  Women’s intemperate sexual eagerness toward men, usually toward men other than the speaker of the text, was a well-established topos in medieval literature.[5]  This couplet, however, describes specific aspects of women’s sexual behavior.  It may be a homosexual man’s deprecation of women’s sexual value.  It can also be interpreted as a heterosexual man’s protest against women’s lack of appreciation for typical masculine desire.  In either case, the couplet shows men self-consciously struggling against low social valuation of masculine sexuality.

What men want is a question that has seldom occurred to men or women.  Men’s dominance in elite public positions doesn’t mean that what is, is what men self-consciously want.  In the U.S. today, men are imprisoned for having done nothing more than have consensual sex, men are deprived of contact with their children in highly discriminatory ways, and men’s relatively high mortality attracts almost no public concern.  Men can hardly avoid sensing that they, as men, are not loved, and that their masculine love is not highly valued socially.  The deep roots of those natural-cultural circumstances are evident in medieval men’s protests against the devaluation of masculine love. 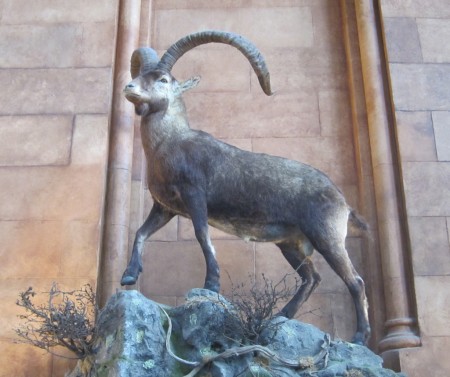 [1] The text, which its leading editor calls Carmen de proprietatibus feminarum (Walther, Initia, n. 1410), survives in whole or in a large part in at least sixteen manuscripts dating from the twelfth to the sixteenth century.  Placanica (2006).  The first two lines of the text are “Arbore sub quadam dictavit clericus Adam / Quomodo primus Adam peccavit in arbore quadam.” (Beneath a tree Adam the clerk wrote / Of how the first Adam sinned by means of a tree.)  De proprietatibus feminarum seems to be a satiric re-interpretation and elaboration of an earlier song, Carmen de Adam primo et novissimo.  Both songs have the same first two lines.  The later associates Adam’s fall and Jesus’s death with a tree; the former connects the tree to woman.  The text is in internally rhymed (leonine) hexameters.  That form was fashionable in Latin verse in the tenth and eleventh centuries. Ziolkowski (1989) p. 2.  Placanica (2006) provides edited Latin texts of both songs.  Owen (1887) provides a Latin transcription of De proprietatibus feminarum from Gudianus 192, along with suggested emendations. I’ve collated and made available online (also in Excel workbook download version) these Latin texts and my working literal English translations.  Additions to the texts and improvements to the translations are welcomed.

[4] Placanica (2006) p. 193 (“Versus sequens obscenam significationem videtur praeferre.”)  The author’s conclusion in Boccacio’s Decameron alludes to sex with the declaration, “in my day I have been weighed on many occasions, but speaking to those women who have no experience of my weight, let me assure them that I am not heavy.”  It also states:

I was told by the one of the women next door that I had the best and sweetest tongue in the world, and in all honesty, this occurred when only a few of the stories I have been talking about still remained to be written.

From Italian trans. Rebhorn (2013) p. 859.  This latter banter seems to allude to one form of the sex described resentfully above.

[5] The topos goes back at least to Juvenal, Satire 6: 115-32, which describes Claudius’ wife sneaking out at night to work as a whore.  The thirteenth-century Latin poem De conjuge non ducenda irreverently declares:

A woman will receive all males:
no prick against her lust prevails.
For who could fill his spouse’s spout?
Alone she wears the district out.