When you had a boo-boo, and your mother kissed it and made it better, you were innocent of the outrageous satire.  In twelfth-century Christian courts of western Europe, cleric-scholars wrote Latin love lyrics lamenting that they would die without a young woman’s kiss.  According to the Christian gospel, Judas betrayed Jesus to death with a kiss.[1]  The cleric-scholars sought a kiss in literary Latin lyrics seeking sex.  At least one acknowledged that his deeds would bring grief in punishment to come.[2]

The cleric-scholars knew what they were doing with literary figures.  Ovid, lamenting his heartbreak in exile, wrote to a friend attempting techniques of consolation:

For an abstract word the author substituted a word for a specific body part.  Reason or carnal love, being a student of Athena or of Venus, were alternatives considered at length in other closely related songs.[5]  Following the couplet declaring the failure of the doctor’s learned skill, another couplet elaborated on the human body’s value:

Eloquence gives to a wise man the power of faith,
when his fully vibrating voice resounds pleasingly.

The cleric-scholars’ Latin lyrics express longing for natural bodily action.  One song describes a shepherdess, carrying newly shorn wool, going out at dawn with her flock of three pairs of animals.  She sees a scholar sitting in the grass and says to him:

What are you doing there, sir?
Come and play games with me.

Human beings long for bodily sense and bodily activity.  Popular Christianity in twelfth-century Europe offered awe-inspiring art and architecture, liturgical worship filled with bodily movements, incense, and singing, journeys of pilgrimage and battle, touching relics and shrines, and the taste of communion.  Nonetheless, some cleric-scholars with learned literary technique sought sex.  Perhaps their study over-emphasized Christian contrasts between spirit and flesh.[8]  In any case, cleric-scholars professionally tend to be immobile.  They have a hazardous occupation. 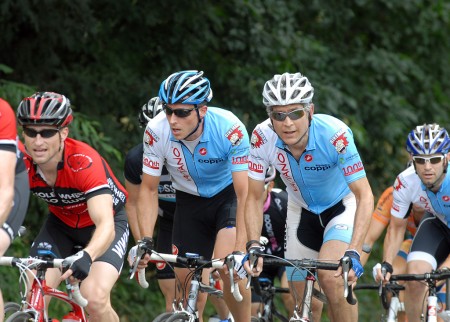 [5] Carmina Burana, nos. 56 (Ianus annum circinat) & 108 (Vacillantis trucine), trans. Walsh (1993) pp. 1-2, 137-8. The later song declares that Reason “thinks to console me with the scholar’s exile.” Ovid’s “scholar’s exile” was the heartbreak that motivated him to write the above couplet in Epistolæ ex Ponto.

[6] Carmina Burana, no. 176, stanza 2. The above is my translation. An alternate translation:

Eloquence gives persuasiveness to the clever mind,
when the linguistic art of a pleasant voice resounds.

[7] Carmina Burana, no. 90 (Exiit diliculo), trans. Walsh (1993) p. 100.  Id. notes scholarly controversy over whether the third stanza, which is the source of the above quote, is spurious.  The broader understanding above suggests it’s not.  The defective rhymes and rhythms of the third stanza may be a deliberate travesty of Latin learning.  Such would elevate the life of the shepherdess and depreciate that of the scholar.  A leading scholar of Latin lyrics has described their distinguishing characteristics as “pervasive wit” and “innocence.”  With respect to innocence, he stated:

As far as I know, {in Latin lyrics} there are none of those astonishing moments in which a poet can at times see through himself, watching his own movements of thought and feeling and behaviour with a kind of vulnerable detachment.  Whether in their poetry they are suffering or successful lovers, joyously sensual or worshipping from afar, they are innocents in that essentially they do not question themselves, never momentarily step back to observe themselves critically in their own attitudes.

Dronke (1996) p. 143.  While that may be true in general, it doesn’t seem to be the case for the specific Latin lyrics considered above.

[8] E.g. Rom. 8:5-6, Gal. 5:16-17.  Christians believe in Christ, the incarnation of God, the Son of God, the word made flesh among persons of this world.  Paul exhorts Christians to put on the new clothes of Christ.  Central Christian beliefs thus closely relate physicality and spirituality in a transformative way.  Hostility to the body within Christianity needs to be explained, not taken for granted.

Classen, Albrecht. 2010. “The Carmina Burana: A Mirror of Latin and Vernacular Literary Traditions from a Cultural-Historical Perspective: Transgression is the Name of the Game.” Neophilologus. 94 (3): 477-497.

Parlett, David. 1986. Selections from the Carmina Burana: a verse translation with notes and introduction. London: Penguin.