War has typically been organized as male-on-male violence.  The U.S. now allows women soldiers to be front-line combatants.  Nonetheless, most of the persons killing and being killed in war are likely to remain overwhelmingly men.  Those committed to gender equality might work to eliminate death inequality.  But that’s laughably unlikely.  Only the extraordinary case of a feminine-style war (nuclear conflagration) would produce rough gender parity in persons being killed.

Even apart from war, males predominate among both killers and killed.  Males tend to be stereotyped as relatively violent compared to women.  Among persons the criminal justice system identifies as murderers, the ratio of males to females was 9.3 in 2010.[1]  Statistics on murderers require the social construction of identifying the responsible party or parties.  Women and men are responsible as citizens for killings that male soldiers carry out under political authority.  Criminal responsibility, in contrast, is understood much more narrowly.  Instigating someone to hate another or depriving a person of sex typically doesn’t make one criminally culpable for a murder that person commits.  In any case, a dead body is less socially constructed than a murderer.  In 2010, 3.4 males were murdered for every female murdered.[2]  When is the last time you heard any concern about that gender inequality?

Open your mind, and you will see that men are treated as relatively disposable persons.  But don’t only see the world as it truly is.  Change it. 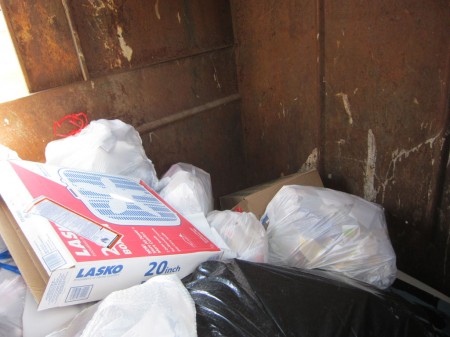 [1] FBI Expanded Homicide Data, Table 3.  The number of persons known to have committed murder in the US in 2010 is 11,047.  When the murderer is unknown, the murderer’s sex is also unknown.  Unknown murderers are counted as 4,047 in 2010.  More than one person can be counted as murderers of a single victim.

[3] These statistics, reported in detail in the table above, are from id. Table 6.  The underlying counts concern single offender/single victim incidents, for which the sex of the offender (killer) and the sex of the victim (killed) are known.  Table 4 (which apparently weighs incidents by murder victims) indicates that single offender/single victim incidents account for about 50% of murder victims.