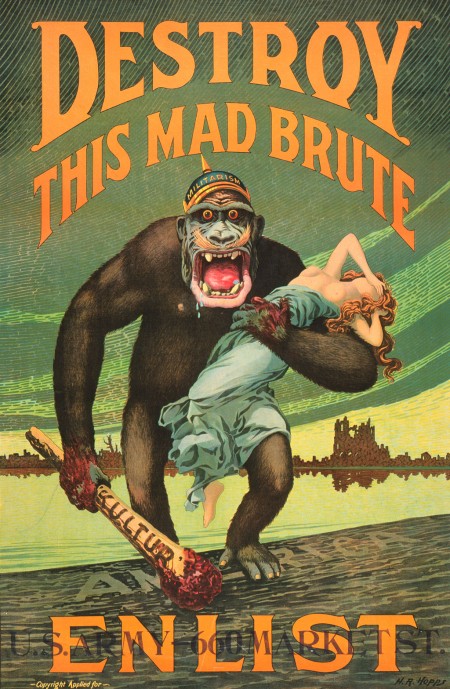 The time was evening in Chrétien de Troyes’s late-twelfth-century Arthurian romance Lancelot. The knight Lancelot needed lodging. He met a beautiful girl, elegantly dressed and bejeweled, courteous and well-spoken. This is what she said:

Sir, my house
Is nearby, ready to receive you
If you decide to use it.
But in order to enjoy my home
You have to sleep with me.
My offer’s conditional and these
are my terms. [1]

Men, unless they are clever, often have to pay for sex. Men deserve reparations for the historical injustice of devaluing masculine sexuality, as well as pay for their erection labor. The girl offered not sexual reparations, but reverse prostitution. Lancelot had to sleep with her in order to obtain the lodging he desperately needed. You know how the story goes: men are marginalized persons who are always oppressed.

The manlet Lancelot accepted the girl’s offer even though he didn’t want to sleep with her. Under the new meaning of rape, the girl raped Lancelot, because he didn’t want to sleep with her, except that it’s not rape because rape of men doesn’t count.[2] If you don’t understand, you need further college education. In any case, the girl brought Lancelot to a magnificent castle with high walls and surrounded by a deep moat. When they arrived, dinner was ready in the castle’s huge, stately hall. Burning candles illuminated a round table, a grand tablecloth, plates, gold-plated silver cups, and two bowls of wine. The girl gave Lancelot a scarlet cloak to wear. No one else was present. The girl and Lancelot ate and drank together. She sat beside him, not across the table.

After dinner, the girl made romantic arrangements. She instructed Lancelot to stroll outside in the night air while she made herself ready for him in bed. When Lancelot returned inside, he couldn’t find the girl who wanted to be his lover. Then he heard the girl screaming in another room. He went toward the girl’s screaming:

And saw, right in front of him,
A knight who had tumbled the girl,
Her clothes turned up, across
a bed, and was holding her down.
And she, thinking surely
He’d come to help her, cried
As loud as she could, “Help me,
Help me! Knight! My guest!
Unless you get him off me
He’ll dishonor me while you watch!
You’re the one I’m supposed
To sleep with — you promised! Can you let him
Take me like this, by force,
Right under your eyes?
Oh noble knight, please!
Hurry, help me, before
It’s too late!” The girl was almost
naked, and the knight was shamelessly
Pushing her down, and our knight
Felt deeply humiliated,
Seeing their bodies one
On the the other; he felt no desire
And not the slightest jealousy.

Like most men, Lancelot didn’t find rape erotically arousing. Like most men, he didn’t envy the rapist. The girl had coerced him into sleeping with her; he had no reason to be jealous of another man having sex with her. Yet, even before the grammatically monstrous and factually preposterous United Nations’ HeForShe campaign, Lancelot felt deeply humiliated. He deeply sympathized with what was apparently happening to the girl.

Apparent rape or claims of rape are potent tools for prompting men to violence against men. Lancelot saw two well-armed knights guarding the door of the room in which the girl apparently was being raped. Inside the room were four other men armed with sharp axes. Lancelot loved Queen Guinevere, not this girl. He valued his life: if he were killed attempting to rescue the girl, he wouldn’t be able to serve Queen Guinevere! Lancelot pondered what to do, and lingered, and pondered his lingering:

To stay right here would be shameful —
And even thinking such thoughts
Brings me dishonor. My heart
Would be black and worthless: by God,
It makes me miserable to have waited
This long, it’s a mortal shame
To have lingered here like this.

How can I hope for God’s
Mercy if I’m driven by pride?
If I don’t prefer an honorable
Death to a life of shame?
What honor could I possibly gain,
If the door had been left unguarded?
If these fellows stepped back and let me
Go in unchallenged? By God,
The lowest man among men
Could accomplish all that! I hear
that miserable creature calling
For help, over and over,
In the name of the promise I made her,
And cursing me for not coming.

Lancelot approached the room and gingerly poked his head in. The knights guarding the door savagely swung their swords at his head. Lancelot, however, quickly pulled out. Lacking Lancelot’s manly dexterity, the other knights were unable to stop. Their swords crashed into the ground and shattered. Under new campus sex regulations, men must develop the dexterity of the manlet Lancelot.

Lancelot then jumped into the room and began violently attacking the men. He clubbed them with his elbows and fists and knocked two to the ground. A third man swung at him and missed. A fourth landed a sword blow to his shoulder, which began to bleed profusely. Lancelot fought his way to the damsel in distress:

Our knight paid no attention
To his wound, leaping swiftly
Across the room and grasping
By the head the man who was trying
To force the girl. Our knight
Meant to honor his promise,
Before he was done. Desiring
Or not, he yanked the head back.
But the fellow who’d missed him, at first,
Came rushing over as fast
As he could, raising his ax,
Planning to split our knight’s skull
Down to the teeth. Knowing
How to defend himself,
Our knight dragged the rapist
In front of the blow, which fell
Right between the neck
And the shoulder, and cut them apart. [3]

Lancelot then wrenched the ax out of the man’s hands. Preparing to fight the remaining men, Lancelot jumped between the bed and the wall to get a strong defensive position behind the girl on the bed. He cried out:

Come on, all of you! Now
That I’ve got an ax, and space
To swing it, you couldn’t beat me
Even with another twenty
Or thirty to help you!

The scene was set for the sort of violence against men that made medieval men’s life expectancy much shorter than that of women. But the girl intervened:

The girl, who’d been watching, said,
“By God, knight, you’ve nothing
To fear, with me at your side.”
With a snap of the wrist, she waved
Away knights and men
And all. And at once, without
A word of protest, they left.
And then the girl added,
“My lord, how well you’ve held off
My entire household! Now come
With me: I’ll show you the way.”
Holding his hand, she led him
Back to the great hall.
He followed along, unhappy.

The story of Lancelot being duped by the amorous girl’s fake rape points to the end state of cultures unwilling to address adequately rape hoaxes. The girl led Lancelot to a luxurious bed with a coverlet of flowered silk. She lay on the bed and waited for him to join her. But resulting events were like every night in a sexless marriage:

He lay on the bed, slowly,
Carefully, like her still wearing
His shirt, so cautious as he stretched
Out on his back that no part
Of his body was touching hers.
Nor did he say a word —
As if he’d been a monk,
Forbidden to speak in bed.
He stared at the ceiling, seeing
Neither her nor anything
Else. He could not pretend
Goodwill. [4]

The girl finally realized that her fake rape had failed to advance her sexual fantasy. She said to Lancelot:

My lord, I think I’ll leave you,
And sleep in my own bed;
You’ll be more at ease, alone.
I can’t believe you find me
Delightful, or ever will.

What man would ever find delightful a woman who viciously faked a rape? In medieval Christian understanding, all things are possible with God. So it is that some prominent recent rape hoaxers apparently have acquired boyfriends and husbands. And men imprisoned for multiple murders have many beautiful women seeking their love.

After Lancelot’s stone-cold rejection of her, the girl continued to position herself to claim rape and promote violence against men. When Lancelot sought to leave her house without further delay, the girl proposed to join him:

“My lord, I’ll join you
For much of this journey, if you think
You’re able to safely escort me
Along the road, according
To our ancient rules and customs,
Here in the kingdom of Logres.”
Which customs were, in those days,
That a knight finding a lady
Or a girl, alone and unguarded,
Should sooner cut his own throat
Than do her the slightest harm
Or offer even the faintest
Thought of any dishonor,
If he meant to preserve his good name,
For if he shamed the young woman,
He’d be banished from every court
In the world. But when a knight
was her escort, that knight could be challenged —
And should he be beaten in battle,
Conquered by force of arms,
The winner, without any shadow
Of disgrace, could do as he liked
With the woman. [5]

Gynocentric culture forbids violence against women, constructs women as prizes for men to win, and encourages men’s violence against men. Men did as they liked with defeated men. That often meant killing them. Men in theory could rape captured women, but as in true for primates in general, most men aren’t interested in raping women. Better understanding of Roman men’s abduction of Sabine women to be their honored wives might advance understanding of the modern ideal of gender non-discrimination.

[2] The text itself considers the question of whether Lancelot was being “forced” (the medieval French term also used for a man raping a woman):

Was he being forced?
Almost: he was forcing himself
To sleep with the girl; his promise
Called him, and bent his will.

Lancelot, ll. 1214-17, p. 39. In modern terminology, the text seems to be blaming the victim (“forcing himself”). The extent to which men are made to penetrate sexually another (“forced”) is widely suppressed in public discourse about rape.

Academic scholarship has extensively addressed rape with acute anti-men bigotry. Writing in 1997, a scholar of medieval French literature began a courageous essay on rape with some nearly unspeakable observations:

The following essay is a reflection on rape. More precisely, it bears on the ways in which the theme of rape has been handled in some recent scholarship — in a number of books and articles, and in a wide array of lectures and conference presentations that I have heard at academic gatherings in the past several years. (Every conference now devotes sessions to rape and sexual violence against women.) Some of this work is sound and provocative. But much of this scholarly trend is, in my view, plagued by a tendency towards naive, anachronistic, and inappropriate readings of literary works, high levels of indignation and self-pity, and a pervasive hostility to men.

Vitz (1997) p. 1. Since 1997, those problems have gotten worse. That scholarly trend has supported new, fascistic punitive-carceral initiatives even within the context of U.S. mass incarceration.

[3] Lancelot l. 1168 in the original Old French (edition here) includes the phrase Volsist ou non. Raffel translates that phrase as “Like it / Or not.” Above I used the translation “Desiring / Or not.” The latter translation seems to me to be more accurate and more contextually sensitive. Chrétien de Troyes was a subtle, complex writer.

[4] The girl in bed with Lancelot had a beautiful face (and there’s no indication that she was fat). Lancelot slept with her sexlessly to fulfill the letter of his promise:

And why? His heart
Had been captured by another woman,
And even a beautiful face
Cannot appeal to everyone.

One thought on “fake rape: Lancelot as tool for the amorous girl's fantasy”