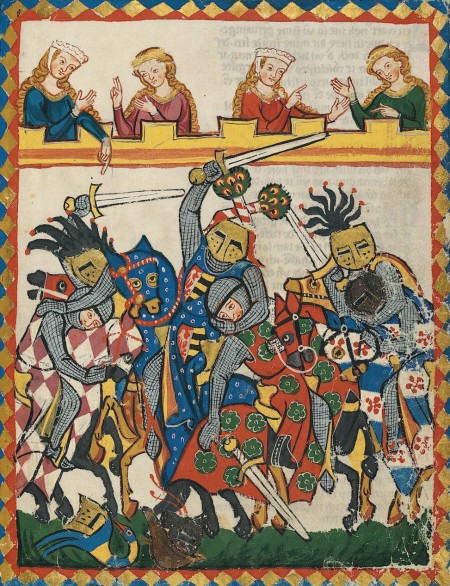 In England, homicides per capita fell roughly by a factor of thirty from the fourteenth-century to the late twentieth century.[1] This progress of civilization wasn’t associated with a secular reduction in gender inequality in life expectancy. Elite men’s life expectancy in medieval England was perhaps nine years less than elite women’s. Men achieved near equality with women in life expectancy in the seventeenth and eighteenth centuries. But men’s lifespan shortfall subsequently grew to about five years in late-twentieth-century England. These facts of gender difference in life expectancy are largely unknown. Reducing gender inequality that disfavors men has never been of public concern. Whether that anti-men bias continues may determine the future of civilization.

Violence against men in late medieval England made men’s life expectancy much less than women’s. The best available data are for the legitimate offspring of British kings, queens, dukes, and duchesses. For such persons born from 1330 to 1479, men’s and women’s expected additional years of life at age twenty were 21.7 years and 31.1 years, respectively. Men at age twenty thus expected to have 9.4 less additional years of life than women had. The share of violent deaths to all deaths for men ages 15 and older was 46%.  If men dying from violence are excluded from the life-expectancy calculation, men and women at age twenty had nearly the same expected additional years of life.[2] Violence against men in medieval England explains why men expected to have much shorter lives than women did.

Men probably had much shorter life expectancy than women did across late medieval Europe. The sparse available evidence indicates that the male/female ratio of homicide victims was 13, 7, and 3, in the thirteenth-to-sixteenth centuries, the seventeenth century, and the eighteenth century, respectively.[3] The leading scholar of long-term historical trends in homicide observed:

Generally, the shift toward lower homicide rates appears to have been primarily — but not exclusively — a drop in male-to-male violent encounters. [4]

During the European Age of Enlightenment of the seventeenth and eighteenth century, women and men apparently had nearly equal lifespans. Life expectancy calculated from English parish registers indicates that males had roughly a half-year advantage in life expectancy on average across the seventeenth and eighteenth centuries.[7] The experience of the Age of Enlightenment makes clear that there is nothing natural or inevitable about men suffering relatively short life expectancy. Use of reason in pursuing social reform can promote gender equality in the most fundamental dimension: gender equality in life expectancy.

Much work remains to be done to achieve gender equality in life expectancy. Men continue to face enormous gender discrimination in family court decisions. Men continue to be deprived of equal opportunities with women to withdraw temporarily or permanently from the paid workforce and be financially supported by their partners or spouses. The effects of gender inequality can be measured ultimately in life. In England and the U.S., men currently fall about four years short in life expectancy relative to women. The long shadow of medieval chivalry remains in devaluing men’s lives to this day.[9]

Data: workbook on female and male life expectancy at birth in medieval Europe to the present (Excel version) 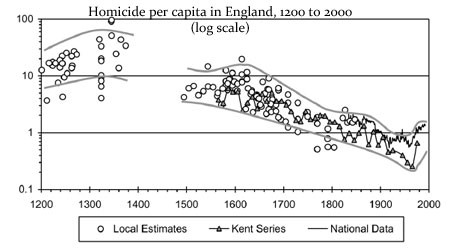 [2] Hollingsworth (1957) pp. 10, 8. Life expectancy at birth was 24.0 years for males and 32.9 years for females. The full time-series data are available in the life-expectancy gender trend worksheet.

Among European elite, about 30% of noble men died in battle from about 900 to 1550. Cummins (2017) pp. 407, 420, Figure 5. Men also face a significant risk of death from violence apart from mass casualties of battle. Noble European men’s estimated age at death was rough constant at 47 years from 900 to 1300. Id. p. 426, Figure 8. Cummins’s lack of interest in men’s life expectancy shortfall and his concern to highlight women’s allegedly greater death rate from bubonic plague makes his highly adjusted sex results suspect in my eyes. Gender bias in reporting COVID-19 mortality indicates the extent of the public problem.

In documenting medieval English mortality, Clark (2007), Table 6.2 p. 122, has an imprecise population description (“English aristocrats”) and an incorrect source citation. Table 6.2’s data on life expectancy at birth are for British kings, queens, dukes, and duchesses. Its source is Hollingsworth (1957) p. 8. The data on “fraction of deaths from violence” appears to be an estimate for male deaths from violence relative to all male deaths, rather than the directly reported figures for the male violent death share for deaths after age 15. Clark’s estimates appear to be made by using the survivors per 100 males born at age 5 and 20 (64 and 54, respectively), id. p. 11, to estimate 57 survivors at age 15. Assuming all violent deaths occurred after age 15 gives Clark’s Table 6.2 violent death share estimates. Pinker (2011) p. 81, Fig. 3-7, is a line graph of Clark’s death share estimates, described as for “English male aristocrats.”

[5] Deuteronomy 20:12-15 describes a general commandment to massacre all the men, but take the women and children as spoils (gendercide). A mass grave at Schöneck-Kilianstädten (Germany) from about 7000 years ago clearly indicates a massacre of at least nine men ages 20 to 40, no women of those ages, and eleven children ages seven or under. That demographic distribution strongly suggests that women ages 20 to 40 were present, but abducted rather than killed. Meyer et al. (2015).  Demographic data from human groups at Sredny Stog and Novodanylovka about 7000 years ago indicate that life expectancy at birth was 7.8 years longer for females than for males. Estimated life expectancy at birth was for females, 43.6 years; for males, 35.8 years. For a remarkably factless and Whig-ideological analysis of male-female mortality differences throughout history, Berin, Stolnitz & Tenenbein (1989).

[7] Wrigley (1997) Figure 6.21, Table 6.27, pp. 307-8. These calculations included only married persons. Childbirth created some additional mortality risk for women. If unmarried persons were included, then perhaps women would have had a slight life expectancy advantage. For the data, see the life expectancy gender trend worksheet.

[8] Based on national vital statistics for England and Wales. Estimates compiled in the Human Mortality Database. See the life expectancy gender trend worksheet for details.

The gender gap in human lifespan is profoundly affected by societal and behavioural factors and movement towards greater parity in lifestyle between men and women is a major factor in the recent reduction in gender gap in life expectancy. Nevertheless there is such a significant range of genetic, endocrine, cell and molecular biology differences between men and women with impacts on longevity that we are led to the conclusion that a gender difference in longevity will persist. At age 65 this is probably of the order of 1-2 years.

Finally we believe that raw data exists which could be analysed to eliminate social and environmental factors and provide a more accurate estimate of the underlying gender gap in longevity. We plan to explore this possibility in the near future.

Pattison et al. (2012) p. 44. Humans have never and can not exist apart from “social and environmental factors.” The “underlying gender gap in longevity” is a meaningless concept. Achieving gender equality in the fundamental human capability of being alive is clearly feasible. The remaining important question is whether gender equality is truly a constitutional public value.

[image] Knights killing other knights while women watch and applaud.  Illustration from Codex Manesse, Zurich, created between 1305 and 1315. UB Heidelberg, Cod. Pal. germ. 848, fol. 17r. Thanks to University of Hiedelberg and Wikimedia Commons.

Berin, Barnet N., George J. Stolnitz, and Aaron Tenenbein. 1989. “Mortality Trends of Males and Females over the Ages.” Transactions of Society of Actuaries 41: 9-32.

Pinker, Steven. 2011. The better angels of our nature: why violence has declined. New York: Viking.

One thought on “medieval life expectancy: gender difference through history”