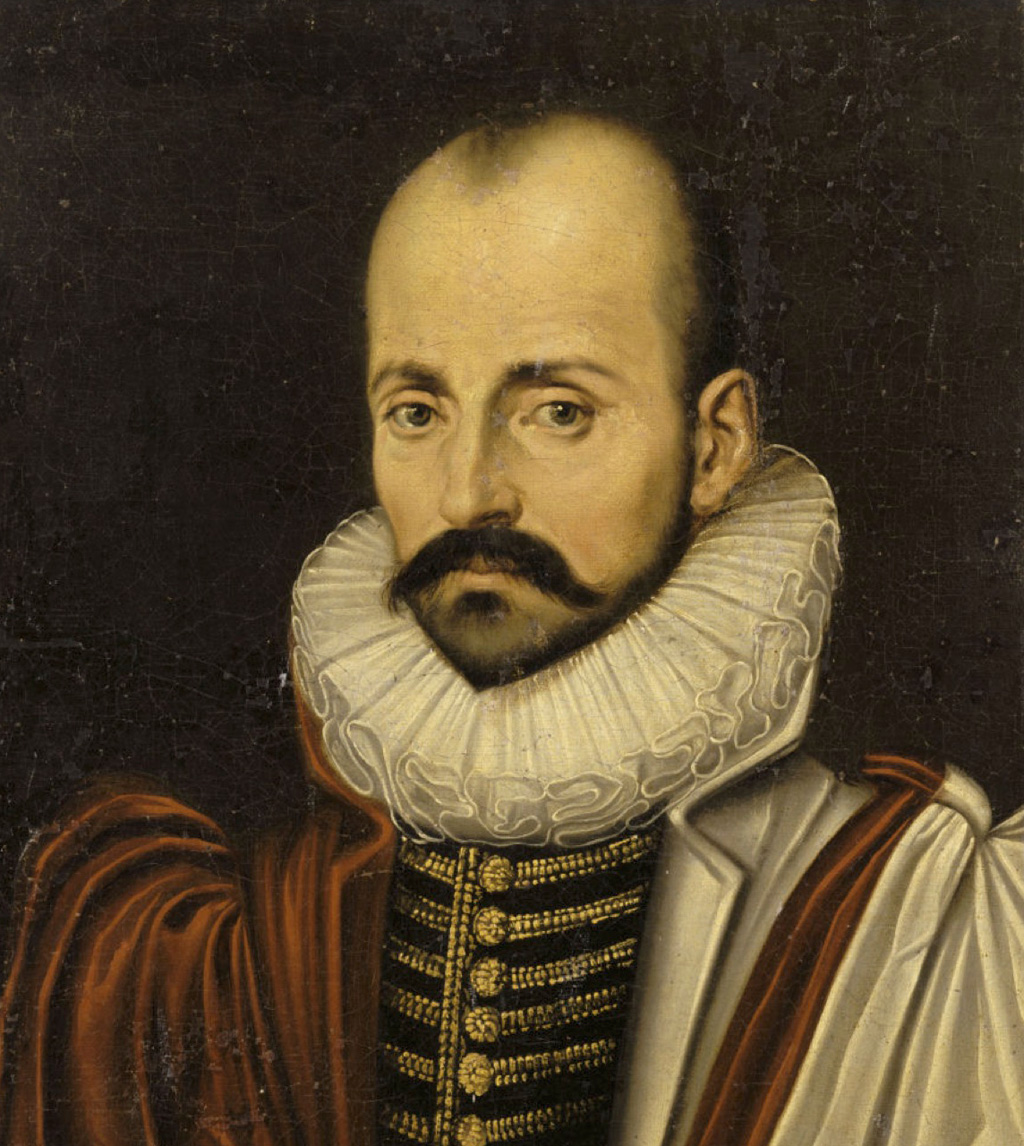 The sixteenth-century essayist and philosopher Michel de Montaigne is widely regarded as a pioneer of enlightened public reason. Montaigne fully recognized humans’ ability to be contradictory and to rationalize absurdities. Montaigne thus offers key insights into how to understand the suspensions of fundamental human rights under the COVID-19 public health emergencies declared around the world. Montaigne’s insights are especially relevant to men’s health and gender bias in addressing COVID-19 deaths by sex.

As a result of the global COVID-19 pandemic, men have lost at least 50% more years of life than have women. Relatively good data on COVID-19 deaths by sex are readily available online. To analyze the COVID-19 death data meaningfully in relation to gender, one should recognize three key facts:

The sex ratio in expected life-years lost is a clear, objective measure of welfare loss by gender. Men losing at least 50% more life-years from COVID-19 should inform the response to the global COVID-19 pandemic. But like men’s shortfall in life expectancy, men being vastly disproportionately subject to violent death, penal systems being gender-biased to imprison vastly disproportionately persons with penises, the acute sex-bias in child-custody rulings, and forced financial fatherhood, the large gender inequality in expected life-years lost from COVID-19 attracts relatively little public attention.

Leading institutions, public authorities, and at least one obscenely wealthy woman have made what seem to me ridiculously gender-bigoted claims about COVID-19. Here’s insightful analysis, aptly summarized: “WHO & Lancet: men’s higher death rate from COVID-19 due to ‘masculine norms’; The Guardian: women’s lower death rate due to ‘genetic superiority.'” An article in the staid U.S. financial magazine Forbes breathlessly declared:

the pandemic has chipped away at hard-earned progress towards both greater gender equality and women’s economic rights, while exacerbating an already terrifying mental health crisis.

Sofia Sprechmann, Secretary-General of humanitarian agency Care International, recently described Covid-19 as the biggest setback to gender equality in a decade. Research conducted by McKinsey has revealed that women’s jobs are 1.8 times more vulnerable to this crisis than men’s. The consultancy concluded that because of Coronavirus’ “regressive effect on gender equality”, global GDP growth could be $1 trillion lower in 2030 than it would be if women’s unemployment simply tracked that of men in each sector.[3]

If you think that McKinsey “estimate” is anything other than a custom-fabricated number for a high fee, I have a bridge I’d like to sell you. The Hawaii state Department of Human Services’ State Commission on the Status of Women has put together “A Feminist Economic Recovery Plan for COVID-19.” What has the Hawaii State Commission on the Status of Men proposed? If there were such a commission, and there isn’t, it might propose a comprehensive program of gender de-indoctrination. In an article in the prestigious public-policy journal Foreign Affairs, mega-billionaire Melinda Gates declared in inane purple prose:

History teaches that disease outbreaks — from AIDS to Zika to Ebola — play out with a certain grim predictability. As they infect societies, they expose and exploit existing forces of marginalization, seeking out fault lines of gender, race, caste, and class. It is no coincidence, for example, that in the United States, black Americans are dying at disproportionate rates. Or that although more men are dying of COVID-19, the disease caused by the new coronavirus, the broader impacts of this crisis threaten to disproportionately affect women’s lives and livelihoods.

Consider this rewriting of the last two sentences of Melinda Gates’s assertions:

The #COVID19 pandemic is demonstrating what we all know: millennia of patriarchy have resulted in a male-dominated world with a male-dominated culture which damages everyone – women, men, girls & boys.

Reasoning from this bizarre global conspiracy that everyone he knows believes, United Nations Secretary-General António Guterres has called for a global ceasefire amid the COVID-19 pandemic. He highlighted that the most vulnerable persons in war are “women and children, people with disabilities, the marginalized and the displaced.” That men have been historically compelled to fight and die in wars the UN Secretary-General simply ignores. UNICEF ridiculously reminds the world, “Many world leaders have warned that women and girls must not be overlooked as the world responds to the greatest health crisis in a century.”[4] In reality, few care about men’s lives. Few care that men are losing at least 50% more life-years from COVID-19 death than women are.

With the current farce of public reason amid the COVID-19 pandemic, what would Michel de Montaigne do? What do I know? I have read Montaigne words. Montaigne dared to express publicly concern for men’s health:

What is one to say of that ridiculous piece of foot-covering {codpiece} on our fathers’ pants, which is still seen on our Swiss guards? And why do we today make show of the shape of it under our trousers, and often, what is worse, by falseness and deception, exaggerate our pieces’ natural grandeur? It’s preferable for me to believe that this sort of clothing was invented in better and more moral centuries so as not to deceive the world, so that each man would courteously render to the public an account of his being. More simple nations still have a closer relation to the truth. Then one was instructed in knowledge of a man’s working organ, in the same way as the fact of the size of the arm or the foot. … perhaps a more chaste and fruitful practice is to let women know life as it is early rather than to allow them the liberty to conjecture according to the freedom and heat of their fantasy. In place of the true organs, they substitute, by desire and hope, others that are three times more extravagant. And one man I know lost by having the measure of his revealed when it wasn’t yet right for being placed in position for its most serious use. What damage is done by those enormous portrayals of penises that children scatter in the halls and stairs of royal houses! From them comes a cruel misunderstanding of our natural endowment.

Amid the COVID-19 pandemic, men’s safety and health should be of paramount public concern. School and university officials must carefully monitor walls and stalls in bathrooms and throughout buildings to ensure that no graffiti harmful to men appears. Students should not be allowed to return to schools and universities until men’s safety and health can be assured. That’s what Montaigne would say to leading authorities on gender today.

[1] The risk of death from COVID-19 increases greatly with age: in the U.S., 58% of COVID-19 deaths have occurred among persons 75 years and older. That fact is relatively well-recognized, including on the U.S. CDC COVID Data Tracker. For all the relevant data on COVID-19 deaths by sex discussed in the above paragraph, see my “life-loss-gender-COVID-19” data workbook. The data are as reported by the US Centers for Disease Control on August 28, 2020.

[2] The page titled “Men, sex, gender and COVID-19” of The Sex, Gender and COVID-19 Project ignores the three key facts about the sex ratio of deaths from COVID-19. Moreover, its data tracker represents the simplistic death ratio as a linear bar chart. Compared to the death ratio, the bar chart tends to lessen perception of gender disparity.

The Sex, Gender and Covid-19 Project is a partnership of Global Health 50/50  (byline: “Towards Gender Equality in Global Health”), the International Center for Research on Women (ICRW) {sic}, and the African Population and Health Research Center (APHRC). The project is founded by the Bill & Melinda Gates Foundation. Thus its gender bias in presenting the large gender inequality in COVID-19 deaths is consistent with Melinda Gates’s beliefs about COVID-19 and gender, as well as the titular focus of the International Center for Research on Women.

Hawaii State Commission on the Status of Women. 2020. Building Bridges, Not Walking on Backs: A Feminist Economic Recovery Plan for COVID-19. Online, April 14, 2002.