A story motif commonly known as “lover’s gift regained” is widely attested in Europe from the thirteenth century. That motif would be better called “man avoids paying for sex with woman.”[1] The motif transgresses entrenched gender asymmetries in sexual value and reverse commonly observed sex differences in guile. Sparkling amid the stories containing this motif is Decameron VIII.2. Using myth for good, Decameron VIII.2 ends in sexual mutuality and happiness.

Gender inequality in the socially constructed sexual value of men and women is deeply entrenched. Men paying women for sex has been prevalent historically. Women paying men for sex is much more rare. Even with intense public concern for gender equality today, women almost never take the initiative to ask men out, and, if not rejected, pay for dinner and entertainment. That gender inequality supports a society of female entitlement and female privilege.

Some men have temporarily subverted a requirement to pay a woman for sex. Consider a story written early in the thirteenth century:

While recognizing the fundamental gender inequality in men being cuckolded, this story shows the clerk to be superior in guile to the nobleman’s wife. The clerk implicitly created the fiction that he had left his cloak with the woman as security when borrowing her pepper-mill. That would explain his ability to request an exchange in the presence of her husband. The clerk’s fiction allowed him to avoid paying for sex with his cloak.

The nobleman’s wife, though tricked in that particular affair, re-affirmed dominant values. Her response allegorically declared that the clerk would not have sex with her again: “he will not grind again in our pepper-mill.” With the pronoun “our,” she underscored the false beliefs associated with cuckoldry. She also affirmed that her having sex with the clerk was contingent on her getting his cloak. The clerk subverted gender inequality in sexual value, but only temporarily. 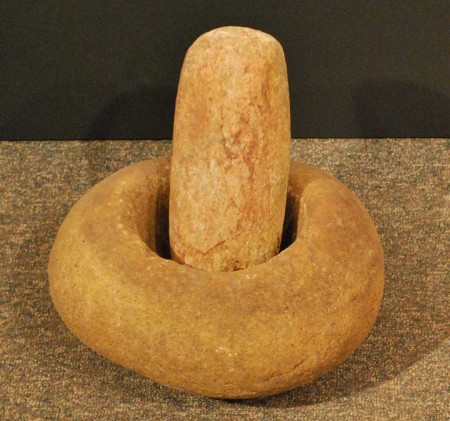 Giovanni Boccaccio, a great humanist, took the motif “man avoids paying for sex with woman” a step forward. The first story of Decameron Day VIII features this motif. Neifile, the story-teller, was keen to promote belief that men are equal to women in guile. Her story ends with an affirmation that a clever man can have sex with a woman free of charge. That’s the standard conclusion of the motif.

The second story of Decameron Day VIII adds a mythic ending to the “man avoids paying for sex with woman” motif. In this story, the married woman Belcolore demanded five lire for sex with a priest. The priest gave Belcolore his cloak as security for that sex payment. After having sex with her, the priest sent a boy to borrow a stone mortar from Belcolore. In the evening, one of the priest’s assistants returned with the stone mortar. In the presence of Belcolore’s husband, he asked for the priest’s cloak given in security. Belcolore didn’t want to reveal that the cloak was security not for the borrowed mortar, but for payment for sex. She gave up the cloak and sent a coded message to the priest:

you’ll never pound any more sauce in her mortar again, considering how much you honored her with the one you made this time. [3]

That’s a similar ending to the thirteenth-century Latin story. Boccaccio, who knew well the give-and-take of mercantile society, had the priest send to Belcolore in response the message:

tell her if she won’t lend us her mortar, I’m not going to let her have my pestle.

Boccaccio took his story beyond antagonistic gender symmetry. He added a coda:

Belcolore was furious with the Reverend Father and refused to speak to him right up to the grape harvest. Then, however, after the priest threatened to have her taken down and put into the very mouth of Great Lucifer himself, she got good and scared, and made peace with him over some new wine and roasted chestnuts. From then on, they had more than one good guzzle together, and to make up for the five lire, the priest not only had her tambourine re-covered with a new skin, but had a little bell hung on it, and then she was happy. [4]

The tambourine and the little bell figure Belcolore’s buttocks and the priest’s scrotum. In short, Belcolore and the priest enjoyed together drink and sex. The priest’s masculine sexuality gained value equal to the monetary sex-payment that Belcolore lost. That’s a wonderfully unusual fairy-tale ending.[5]

[5] A version of the “man avoids paying for sex with woman” motif, as well as dominant sexual values projected into marriage (wife pays her husband for monetary debt by having sex with him) occur in “The Shipman’s Tale” of Chaucer’s Canterbury Tales. Analogues associated with “The Shipman’s Tale” include Eustache d’Amiens’ “The Butcher of Abbeville {Du Bouchier d’Abevile}” (written in the thirteenth century), Giovanni Sercambi’s “Of Avarice and Lust {De Avaritia e Lussuria}” (early fifteenth century), Poggio’s “Of a peasant man who had a goose for sale {De rustico qui anserem venalem deferebat} (early fifteenth century), “The Priest and the Lady {Du Prestre et de la Dame}” (thirteenth century). Benson & Andersson (1971) provides original language texts and English translations for all these “Shipman’s Tale” analogues.

Ryner (2008) provides additional examples of “lover’s gift regained” mixed in with fashionable moral posing about “commodity fetishism” (monetary transactions, etc.). Critical energy would be much better directed at the current practice of imprisoning men for having consensual sex and being too poor to pay money to women for that sex.

Wright, Thomas. 1846. Essays on subjects connected with the literature, popular superstitions and history of England in the Middle Ages. London: John Russell Smith and Adlard Printers.