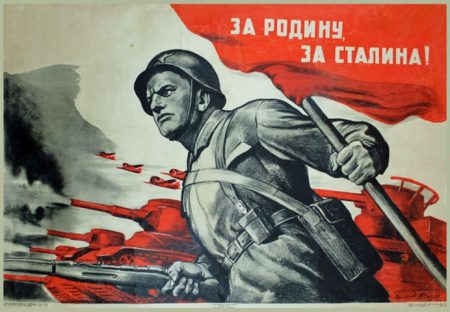 Titles of recent scientific publications in peer-reviewed journals declare “Three hundred years of low non-paternity in a human population” and “Cuckolded fathers rare in human populations.” These recent scientific publications indicate that for the past several centuries the share of persons falsely identifying their biological father has been about 1% to 2%.[1] The latter scientific publication called this finding “reassuring news for many fathers.” While that publication carries a publication date of May, 2016, its reassuring news has already been disseminated across about 1000 web sites. The public propaganda apparatus wasn’t so powerful and fast-moving at the height of its development in the Soviet Union under Premier Leonid Brezhnev.

Recent scientific studies of cuckolding have been of remarkably poor intellectual quality. By what basis is 1% to 2% cuckolding “low” or “rare”? Biological reproduction is the fundamental imperative in the evolution of life. Moreover, most men care greatly about their biological children. Knowledge about their father thoroughly informs most persons understandings of love. Even a cuckolding share of 1% implies about 3 million persons in the U.S. today are deceived about the identify of their biological father.[2] At the same time, cuckolding of men has been institutionalized in laws and normative practices. That’s such a serious problem that the public propaganda apparatus seems determined to trivialize and suppress discussion of it.

The finding that cuckolding shares have been about 1% to 2% for the past several centuries is interesting. In a recently published letter, leaders in scientific study of cuckolding have provided additional evidence supporting their hypothesis that “women may have become more sexually liberated, and now engage in relatively more extramarital affairs.”[3] That hypothesis indicates well the dominant discourse that shapes scientific studies of cuckolding. Married men who engage in extramarital affairs are cheaters. Married women who engage in extramarital affairs are “sexually liberated.” In contrast to widely disseminated myths, men historically have been more harshly punished for adultery than women have. Elite discussion of paternity proceeds under the sexist axioms that repressing women’s sexuality is bad and reactionary, while repressing men’s sexuality is good and progressive.

Modern contraceptives and modern patterns of mixed-sex association are less distinctive historically than the public propaganda apparatus teaches. A variety of techniques to disconnect sex from having children have existed throughout history. These include withdrawal of penis from vagina before ejaculation, having sex of non-reproductive type, having sex of reproductive type with genitally mutilated men (types of eunuchs), abortion, and infanticide. Moreover, in contrast to dominant myths, most women have never been confined to the home. Most women and men in all large societies throughout history have had difficult lives that require them to move about in search of food, shelter, and work to earn such goods.[4] Most women and men throughout history have never lacked opportunities to have extra-marital sex.

Children in the past provided much greater value in household labor, social protection, social status, and provisioning in old age. Even if cuckolded, a husband benefits from these values of having children. In ancient Rome, husbands sought to be cuckolded in order to gain offspring. To gain income for their households, wives worked as home-based prostitutes with the support of their husbands. In such an enterprise, non-biological children were merely an additional output of the main business.

For cuckolding shares over the long duration, reduction in children’s value to parents has probably offset more frequent mixed-sex interaction and greater ideological support for female promiscuity. Children today in high-income societies are largely valued as a high-cost good. To a husband, the value of that good is much less if the child isn’t actually his biological child. Wives, most of whom understand the great injury to their husbands of cuckolding them in high-child-cost circumstances, have kept cuckolding shares from rising with the help of modern contraception and modern abortion.[5]

Given the importance of the issue, cuckolding studies are surely subject to even larger anti-men gender bias. Consider some related questions:

No one wants to address these questions. Even just asking these questions could entail serious personal harm as a consequence. In today’s intellectual life, scientific study of cuckolding should be evaluated with deep skepticism, particularly if it seems to be directed to attracting attention and acclaim within the public propaganda apparatus. A reasonable judgment seems to me that evaluating such studies isn’t worth the intellectual effort. Determining the cuckolding share is far from the most interesting and pressing issues concerning paternity today.

[1] Greeff & Erasmus (2015), Larmuseau, Matthijs & Wenseleers (2016a). I previously estimated a cuckolding share of 5% of children in high-income Western countries. Given the additional published data and analysis, the best estimate of that cuckolding share might now be regarded as 2%.

Harris (2015) appears to have only rhetorical value. It’s basic claim is that the cuckolding data don’t support “a hypothesis that women are currently less faithful than they were in the past.” That’s a claim that registers as chivalric in dominant ideology. Given data that the cuckolding shares centuries before birth-control pills and in decades after birth-control pills don’t differ significantly, a reasonable null hypothesis is that women are currently engaged in more extra-pair copulations so as to offset the pregnancy-reducing effect of contraception on extra-pair copulations. The data that Harris (2015) presents have a variety of serious weaknesses. These data don’t support rejecting Larmuseau et. al.’s hypothesis as a null hypothesis.

Several recent studies using genetic tools have indicated extra pair paternity (EPP) rates in humans appear, in various cultures, to be around 1%, a degree well below previously proposed levels of 10-30%. … In a recent article in TREE, Larmuseau et al. noted that the 1% EPP rates have stayed near constant over several human societies and over the past few hundred years.{reference numbers omitted}

A fair reading of the referenced article, Larmuseau et al. {2016a}, indicates a primary claim of 1% to 2% EPP. The phrase “previously proposed levels of 10-30%” refers to Pagel (2012). The most relevant claim in that reference suggests that Harris has engaged in straw-personing:

What scant evidence there is in humans suggests that domestic fathers might not be the biological fathers in 5 to 10 percent of births, without knowing it.

Larmuseau, Matthijs & Wenseleers (2016b) effectively rebuts Harris, but not without problems of its own. Consider:

Id. p. 1. That’s true only if the frequency of the copulation acts (extra-pair and within-pair) are equal. Note that the relevant scientific literature includes evidence that women are more likely to seek extra-pair copulation during the fertile period of their monthly cycle. Thus the “likelilihood of conception” from extra-pair and within-pair copulation acts isn’t typically equal. In addition, the references to “rates” for numbers not defined per time unit is a rather common type of sloppy writing.

[4] A wife confined within her spacious, suburban, oppressive house, forbidden to seek personal fulfillment in wage labor outside the house, has little relation to the reality of most men’s and women’s lives throughout history.

[5] Average family size, which decreased sharply before the development of modern contraceptives, indicates in part the decreasing value of children. Larmuseau, Matthijs & Wenseleers (2016b), p. 2, hypothesizes that the cuckoldry share has been about 1% to 2% for the past several centuries because it results from women intentionally seeking extra-pair conception when their partner is infertile. That hypothesis ignores the large reduction in the value of children. It also ignores women’s concern for their partner’s interests. To the extent that a man seeks to be a social father despite his infertility, he and his partner could make a variety of explicit arrangements to realize that interest. Making an infertile man a cuckold isn’t necessary for him to become a social father.

[image] Soviet WWII poster captioned in English translation “For the motherland, for Stalin!” If this poster remains subject to copyright ownership under U.S. copyright law, I use it above in accordance with the fair-use provisions of that law. Image via Pinterest user Pawel Komosa, ProPAganda Media.