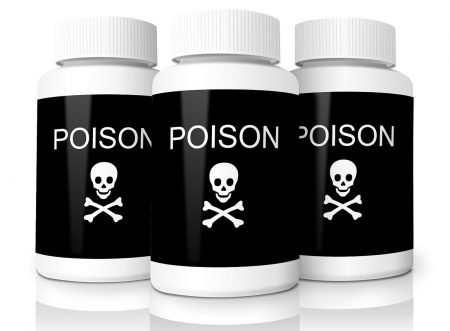 A man need not worry only about his wife or girlfriend cuckolding him. He should also be concerned that she might poison him. Amid gynocentric society’s contempt for men’s lives, hope for men rests primarily with God or gods. Even atheists agree that women are no more loved by God than men are. In fact, an ancient Latin epigram documents that the gods’ loving care for a man saved him from his adulterous wife’s double poison.

An adulterous wife gave a poison to her jealous husband,
but did not believe that she had given enough to kill him;
so she mixed it with a lethal amount of quicksilver,
so that the doubled potency would speed his death.
Separated, the substances themselves are individual poisons,
but the person who drinks them down together gets an antidote.
Thus while the noxious potions struggled with each other,
lethal harm yielded to health-giving poison,
and the potions went directly to the hollow recesses of the bowels
along the usual slippery way for digesting food.
What loving-kindness of the gods! The more cruel wife is beneficial,
and when the Fates will, two poisons work for good.

In the mysterious working of cosmic will, greater animosity toward men can be beneficial for men. Let’s hope for that effect.

Like domestic violence against men generally, wives poisoning their husbands tends to be trivialized. Kay, however, observes:

Poisoning of husbands by wives is another frequent subject, and again not only in realms of fiction: in 180 BC the consul C. Calpurnius was poisoned by his wife (Livy 40.37), in 154 BC two consulars met a similar end (Valerius Maximus, {Memorable Deeds and Sayings}, 6.3.8); M. Cato is quoted by Quintilian as saying ‘nullam adulteram non eandem esse veneficam {no adulteress is not also a poisoner}’ (Institutes 5.11.39), and poisoning was held to be a particularly feminine expertise (Quintilian, Institutes 5.10.25; cf. Seneca, Controversiae, 6.6).

Kay (2001) pp. 91-2. In addition, Juvenal’s Satire 6 discusses how wives kill their husbands. Nothing above should be interpreted to condone or trivialize wives poisoning their husbands or other forms of domestic violence against men.

Despite ideological claims to the contrary, punishment for adultery has tended to biased against men historically. The ancient Indian text Sukasaptati describes a sham doctor pretending to use homeopathic medicine to help a wife to commit adultery.