Suppression of paternity knowledge, Orwellian scholarly treatment of the gender gap in lifespan, legally forced financial fatherhood, continuing sexist Selective Service registration — none of these strange socio-political phenomena makes sense within contemporary learning.  For true insight, one must turn to Alonso Martínez de Toledo’s outrageously transgressive early-fifteenth-century Spanish work, the Archpriest of Talavera.  Like the thirteenth-century French fabliau La Dame Escoilliee, the Archpriest of Talavera considers the problem of wives doing the opposite of whatever their husbands request.  The Archpriest of Talavera, however, addresses that problem more realistically.  It provides exempla to help men overcome their natural inferiority in guile. 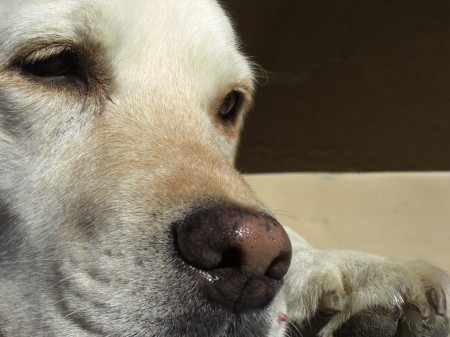 One exemplum is the story of a wise man in the Levant with a beautiful wife.  She cuckolds him.  Adultery was then a capital crime.  The man, however, wisely realizes that if he kills his wife or if he seeks to have her legally executed, he will be either ruined or dishonored.  He instead cunningly figures out how to have her kill herself:

he took a concoction of poisons and mixed them with the best and most fragrant wine he could get, since she didn’t think that good wine made her life unpleasant.  And he put it in a glass flask and said to himself: “If I put this flask where she’ll see it, although I tell her: ‘Be careful that you don’t taste this,’ she, because she’s a woman, will most surely do what I forbid her and won’t fail to drink some, on her life, and in that way she’ll die.”

No sooner said than done.  The clever good man took the flask and put it in a window where she would see it.  And she instantly asked: “What are you putting over there, husband?”  He answered: “Wife, this flask, but I bid and beg you not to taste what’s inside; since if you taste of it you’ll die instantly,” just like God told Eve.  He told her this in the presence of everybody in his house so that they would be witnesses; and then he pretended that he was going out, and he was hardly at the door when she immediately took the flask and said: “By God, may I be burned at the stake if I don’t find out what this is.”  And she smelled the flask and saw it was very fine wine and said: “Come on, what a wonderful husband I’ve got, and what a party this is!  He told me not to drink of this?  May God give me a hard time of it if I’ll stand this sort of slight!  I know that it’s not God’s will that only he drink it, since all goodies aren’t reserved for the king’s mouth!” [1]

The strong, independent wife drank some wine and instantly fell over dead.  The husband pretended to be deeply grieving while telling himself, “I wish I hadn’t waited so long to do this.”  Medieval men would have gained much instruction from this exemplum.  Obviously it’s not literally relevant to modern circumstances.  But it can instruct men today in the importance of fiction.

Another exemplum draws upon the male imagination that helped to make the Swiss Family Robinson a blockbuster movie.  A woman had wronged her husband (probably cuckolded him).  The husband responded with exemplary male guile:

He had a trunk made with three locks and inside put a cocked steel crossbow, and whenever it was opened the bolt would hit the chest of the person who opened it.  And he put it in their living quarters and said: “Wife, I beg you not to open this chest!  If you do, as soon as you open it, you’ll die instantly.  Heed these instructions I’m giving you and telling you in front of the people who are here, and may God be my witness that, if you do the opposite, you’ll regret it.  And I have nothing else to say.” And, once he had said that, he left that very second, and went to see about his trading.  And the instant he was gone, his wife started to think about it; the first day, then the next, the first night and the following ten nights, so much so that she was just about to burst from thinking about it, and it bothered her so much that she couldn’t stand it.  And she said one day: “I’ll be damned if it isn’t some secret thing which my husband put in that trunk which he wouldn’t want me to see or know about, since he put on so many locks and so emphatically forbid me to open it.  Well he won’t get away with that, since even if I am to die an awful death, I’ll open it up and see what he’s got inside there.”  She went that very moment to force the lock on the chest, and on raising the lid the crossbow went off and struck her in the breast, and she died instantly. [2]

Medieval chivalric literature instructed men to risk their lives foolishly.  Directly confronting the wife or her lover would be physically dangerous for the husband.  Attempting to bring his wife’s betrayal before the law would be socially risky for the husband, because men are socially vulnerable.  In this exemplum, as in the previous one, the husband sets up witnesses (“I’m … telling you in front of the people who are here”) and acts with unusual guile.  The capability to act with guile offers considerable advantages in responding to hostile forces both foreign and domestic.

Medieval literature celebrates women’s acts of guile.  Women show ingenious guile in cuckolding husbands and deceiving them.[3]  Even the renowned sage Hippocrates, who restored dead persons to life, was killed through his wife’s ploy.  Medieval didactic stories taught men that the wiles of women are impossible to compile.  While men apparently are naturally inferior to women in guile, Alonso Martínez de Toledo did not believe that biology is destiny.  With his under-appreciated work the Archpriest of Talavera, Martínez de Toledo sought to instruct men in guile.

[1] Alonso Martínez de Toledo, Archpriest of Talavera, from Spanish trans. Naylor & Rank (2013) p. 124.  For an alternate, quite similar translation, Simpson (1959) p. 124-5.  Archpriest of Talavera is also called Corbacho o Reprobación del amor mundano.  The original Spanish text is available here.  This exemplum draws upon Genesis 2:15-17, 3:1-7. Alfonso Martínez de Toledo declares that this exemplum is of a worldly man and only for worldly men:

Archpriest of Talavera’s exemplum on guileful use of poison to kill a disobedient wife seems to drawn upon a written tradition that Andreas Capellanus’s De amore recorded in Latin, probably in the 1180s:

We read too of a man of great wisdom who had a loathsome wife. He was unwilling to kill her with his own hand, because he did not want to commit a crime. But he knew that she took joy in seeking forbidden things, and so he got a most expensive vessel and put in it a fine, fragrant wine mixed with poison. Then he said to his wife: “My dearest wife, be sure not to touch this goblet, nor venture to sip a single drop of this liquid, for it is poisonous and lethal for humans to drink.” The woman spurned her husband’s prohibition; before he had gone any distance she took liberties with the forbidden drink, and the poison finished her off altogether. … So if you want a woman to do anything, you will get your way by bidding her do the opposite.

[3] The Archpriest of Talavera tells four stories of women’s guile in cuckolding men.  In one story, a wife was consorting with a friar in her bedroom.  When her husband arrived, she told her husband that he had hair on his coat and got him to turn around so she could clean it off.  The friar then escaped unseen.  In another story, a wife with her lover at night pretended to extinguish the light accidentally when her husband arrived.  Her lover thus escaped in the dark.  Another wife in similar circumstances stuck a pot in front of her husband’s face and asked him to look for a hole in it.  There was none, but that ruse allowed her lover to escape unseen.  A particularly outrageous story has a wife enabling her lover to escape by means of a impious variant of a pious story about Saint Bernard of Clairvaux:

this is what she did.  She said:  “Husband, you don’t realize how my breast has swelled, and I’m dying because there’s so much milk.”

And she took out her breast and gave him a squirt of milk in the eye and completely blinded him, and in the meanwhile the other man {her lover} started out.

And the husband said: “O son of a bitch, how the milk smarts.”

And the husband, since he heard noise as the other man passed by and since he couldn’t see, said: “Who just passed by?  I thought I heard a man.”

The wife then pretended to run after the cat.  The husband was fooled.  Id. pp. 133-4 (quote and all the stories described above).  The breast-milk blinding is sequentially the first story of cuckolding and sets the tone for the others.  Cf. the lactation of St. Bernard.  Chivalric ideals supported the superiority of women by associating women with the chastity of the Virgin Mary.

Naylor, Eric W. and Jerry Rank. 2013. The Archpriest of Talavera by Alonso Martínez de Toledo: dealing with the vices of wicked women and the complexions of men. Tempe: Arizona Center for Medieval and Renaissance Studies.