Marie de France, a twelfth-century author, is a leading figure in conventional academic romances of the past century.  In 1911, a scholar wrote:

An age so feminist in its sympathies as ours should be attracted the more easily to Marie de France, because she was both an artist and a woman. To deliver oneself through any medium is always difficult. For a woman of the Middle Ages to express herself publicly by any means whatever was almost impossible.[1]

Subsequent scholarship has largely elaborated upon that view.  It has ignored Marie de France’s seminal contributions to the literature of men’s sexed protests and failed to recognize her profound insights into man’s human condition. 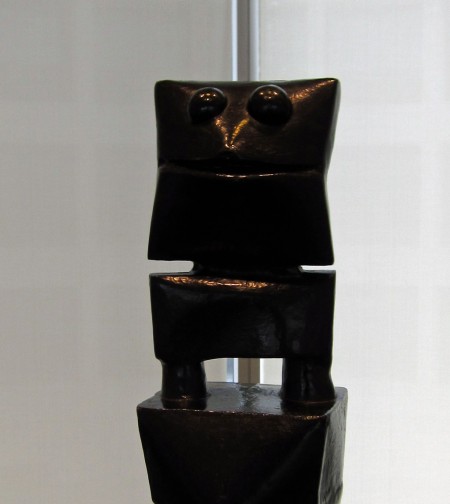 In Marie de France’s romance Bisclavret, a noble knight was married to a noble lady.  He loved her, and she loved him.  Only one thing disturbed the wife: for three entire days a week her husband went away.  She knew not where or why.  She wanted to know.

The wife pleaded and cajoled and nagged her husband to tell his secret.  She declared:

My lord, I’m in terror every day,
Those days when you’ve gone away,
My heart is so full of fear,
I’m so afraid I’ll lose you, dear–
If I don’t get some help, some healing,
I will die soon of what I’m feeling!

The husband responded with an equally dire warning:

“My lady,” he said, “Please, God above!
I’ll suffer great harm if I tell you:
I’ll drive you off, right out of love,
And lose my own self if I do.”

The husband had tried to be silence. His wife, however, interpreted his silence to be proof of his wrong:

Where do you go? Now you must say
What life you live, where do you stay?
You are in love — that’s it, I know —
And you do wrong if this is so!”

In reality, women rule.  With some additional nagging and cajoling, the husband told the wife his secret.[3]

The husband explained to his wife that he becomes bisclavret. Men turning into beasts figures in human imagination around the world.  Bisclavret is commonly misunderstood as a man-beast, or worse, a werewolf.[4]  Bisclavret is the name of this romance.  The husband explained that as bisclavret he roams undressed about the thick woods of the great forest.  He lives on what prey he encounters.  Your imagination can understand (pigs! beasts!) if you have suspicions about men.

“My lord,” the lady replied, “It’s true
More than all the world I love you.
You should hide nothing from me, nor
Ever doubt I’m loyal in any affair.
That would not seem like true friendship.
How have I ever sinned? What slip
Makes me seem untrustworthy to you?
Do what’s right! Now tell me, do!”
She nagged him thus, and thus harassed
Him till he just had to tell, at last.

The literature of men’s sexed protests describes how men’s inferiority in guile and personal weakness allows wives to expropriate their husbands’ secrets.  Marie de France seems to have recognized the merit of that literature.[5]  Telling was nearly this man’s undoing.

Repulsed by her new imagination of her husband, the wife arranged to acquire another husband.  She summoned a knight who loved her, and she declared her willingness to love him.  After they swore an oath of engagement, she told him of her husband’s periodic times being bisclavret, and where her husband hides his clothes.  The lover stole the husband’s clothes.  That meant that her husband could not return.  Her lover then married her.

One day, for a feast, the beast’s wife and her new husband appeared at court.  The beast violently attacked the new husband, and later, the wife.  She had never violently attacked anyone else.  A wise man advised the King to question forcefully the wife about why the beast hated her.  The wife confessed.  The clothes were returned to the beast.  In a final, poignant twist, the beast, naturally modest about her nature, declined to put on the clothes in the presence of others.  Left alone in a room with the clothes, the beast redressed.  The bisclavret regained the form of a man.[7]

Marie de France had magnanimous appreciation for men’s human nature.  An adaptation of Bisclavret written in French about 1320 concludes:

Thus you see how stupidly he behaves
Who reveals to his wife
Secrets that should be hidden,
If he does not wish them revealed to everyone.

[2] Marie de France, Bisclavret, vv. 43-8, Old French text from Waters (2018), English trans. from Shoaf (1996).  In the Book of Sindibad/Seven Sages corpus, the King’s wife frequently threatens to commit suicide in attempts to persuade the King to execute his son on a false accusation of rape.

Bisclavret is technically classified as a lai.  While the exact definition is subject to vigorous scholarly debate, a lai is roughly a short, verse romance in octosyllabic couplets.  Here are brief descriptions of lais attributed to Marie de France.

[3] Matheolus, a leading figure in the literature of men’s sexed protests, declared:

The wonderful nature of women is to seek to know everything
Immediately, each moment, all points
Examining place, times, deep causes
Who, what, where, which, by which, why, when, how, whence
If a man keeps silent, the woman says that he is an adulterer
Even if he is as worthy as John the Baptist.

Whatever you do, do not make known your secrets to your wife,
for from this can arise for you life’s hazards.

[7] The knight/bisclavret’s ex-wife, physically marked by the blowing of her presumption that she knows man, is exiled along with her new husband.  Scholars have focused on the beast tearing the wife’s nose (knows) off.  Shoaf (1996) p. 9, n. 7, provides important insight into Marie de France’s perspective.

Sir, I wish you had cut off the nose of the one
who told you that I had dishonored you,
so that I might be pure and free of sin,
as I am, yet he is washed clean
even though he carries a bow and barbarian’s knife.
I brood and I ponder, and then I think
I might know what she is most knowledgeable in,
she his whore with the complexion of a Saracen.

Guilhem Rainol d’At and anonymous domna, “Auzir cugei lo chant e·l crit e·l glat {I though I heard the song, the cry, and the twittering},” st. 2, Occitan text and English translation (modified slightly) from Nappholz (1994) pp. 50-1. Here’s an online Occitan text of the full song. The troubadour Guilhem Rainol d’At was from the Vouacluse region of southeastern France and flourished early in the thirteenth century.

The anonymous lai Melion, probably composed about 1200, tells a similar story to that of Bisclavret and Biclarel. In Melion, the man Melion transformed himself into a werewolf to get stag meat that his wife said she desired. As he was hunting the stag, she deserted him. She took his squire and a ring that was his means to return to human form. Melion was justifiably angry about how his wife had betrayed him:

He left his wife in Ireland.
He commended her to the devil.
She would never again be loved by him
because she had mistreated him so badly,
as you have heard in the tale.
He never wished to take her back
He would like to have let her burn or be dismembered.
Melion said: “It will never fail to happen
that he who believes his wife completely
will be ruined in the end.
He should not believe all she says.”

Melion, vv. 580-90, Old French text and English translation from Hopkins (2005). Men shouldn’t merely listen and believe others, not even their wives. They should attempt to evaluate what others say in relation to the truth.

Melion survived to the nineteenth century in two manuscripts. Hopkins’s edition is based on MS C: Paris, Bibliothèque nationale de France, Arsenal, 3516, f. 343ra-344rd. That manuscript is dated 1268. Tobin suggests a date of composition between 1900 and 1204. Id. p. 9. Hopkins’s text of Melion is included in Burgess & Brook (2007).

In considering Bisclavret, Melion, and Biclarel, the introductory discussion in Hopkins (2005) shows no appreciation for men and the literature of men’s sexed protests.  From Marie de France’s Bisclavret to the adaptation Biclarel, “The narration of the werwolf tale has moved from woman writer to woman hater.”  Id. p. 49. That misandristic perspective obscures Bisclavret‘s central concern for men.

Even more troubling for us today is conceiving of this lay being offered to the ears of Marie’s original late-12th-century audience, men and women and perhaps boys and girls who sought from it divertissement and instruction. {Think of the children!} Bisclavret … might well have served, however unintentionally and subtly, as a public exemplum that endorsed and reinforced male control over females in the real world. This chilling possibility, rooted not in folklore but in sociology, is certainly the most monstrous aspect of the lay.

Spiegel, Harriet. 1994. “The Male Animal in the Fables of Marie de France.” Medieval Masculinites: Regarding Men in the Middle Ages.  Pp. 111-26 in Clare A. Lees, ed. Medieval Cultures, no. 7. Minneapolis: University of Minnesota Press.