Ordinary, uneducated men in medieval Europe suffered from ignorance of advanced knowledge on how to refer to women.  Consider the case of a brutish husband in Greece, as recorded in a text from sometime before the twelfth century:

A certain man possessed a house and a prudent wife, and was always disparaging all woman.  “Don’t disparage all women,” his wife said, “but only the bad.”  “All,” retorted he.  “Don’t speak like that,” the wife replied, “since you happen not to be united with one of them.”  “Had I fallen in with one of them,” he then said, “I should have cut off her nose.”  After his own fashion, he also criticized some quarrelsome female neighbors. [1]

This man was a farmer.  He implicitly acknowledged that his wife was a good woman.  Moreover, despite the husband’s apparently peevish nature, he showed some respect for his wife.  Before he headed out for a long day’s work ploughing a field, he said to her:

I am going into the field, and at your your leisure, cook something and bring it there, that I may dine.

He didn’t demand that his wife get him a sandwich right now.  He told her to cook something “at her leisure,” so that he would have something to eat while he was working.

Apparently remaining upset about her husband’s generic references to women, the wife decided to punish her husband and reform his manner of referring to women.  Without her husband’s knowledge, the wife went out, bought some fish, and scattered them in the field that he was to plough.  Arriving to plough the field, the husband saw the fish, collected them, and brought them home to his wife.  Returning later for dinner, the husband told his wife to cook the fish for dinner.  She denied any knowledge of having fish.  The husband declared:

“You fool,” said he, “didn’t I bring some fish just now, which I found in the field?”  The woman, scratching her face with her nails, cried out: “O listen to me, neighbors!”  And the neighbors having assembled, the wife said to them: “Listen, O my masters!  My husband asks me to cook fish that he has brought from the field.”  The men asked the husband: “What do you say  — that you found fish in a ploughed field?”  He replied, “O my masters and brethren!  The fish I found there, but how they happened to be there, I don’t know.”  His wife then cried out:  “This man has a devil!”  The neighbors then put iron shackles on the husband’s hands and feet, and the whole night through the wretched man continued to say: “Didn’t I find the fish, and bringing them to this bitch, tell her to cook them?  Why have they then bound me with shackles?”

The husband was recalcitrant.  After three days of her husband’s foodless suffering in shackles, the wife tested his reformation.  She said to him:

“Are you hungry?  May I give you something to eat? How about some fish, these in the frying pan?”  “That’s right, woman.  Aren’t those the same that I brought you from the field?”  The wife then exclaimed: “O Christian masters! The evil spirit still possesses this man, as he continues to talk about fish.”  But on his declaring: “I no longer maintain what I said before,” she gave him a piece and he ate the fish, without saying a word about it.  She even asked him:  “Don’t you remember the fish?”  He replied, “I don’t know what you’re talking about.”

She then released him from the shackles.  She said to him:  “O husband, all that you have said is true, but before you disparaged not only bad women, but also good women.  And I said to you: ‘Be silent!’ but you replied, ‘If I had a wicked wife, I would kill her.’  Don’t vainly boast of being superior to women.” [2]

The story ends with this admonishment.  Men’s inferior in guile is clear from medieval literature.  The husband surely learned his lesson and submitted to his wife’s rule in referring to women. 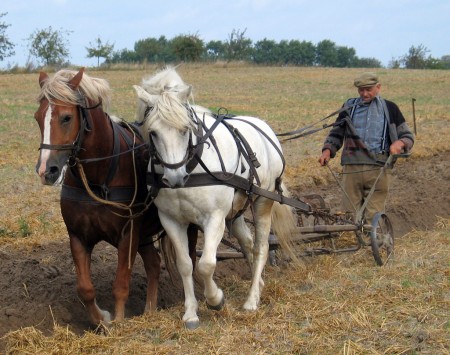 The literature of men’s sexed protests tends to be condemned for its practice of referring to persons other than men.  This literature, which has been marginalized and has little academic credibility, criticizes women for their treatment of men and for their privileges relative to men.  However, not all women are bad women.  Not all women are the same.  In fact, every woman is unique and special.  Building on these insights, an academic superstar has established that the term “women” oppresses women.[3]

Scholars who have worked for years on such problems have developed insightful solutions.  Leading labor historians now use the term “working classes” rather than the term “working class.”  Scholars studying sexuality have progressed to using the term “sexualities.”  Scholars contemptuous of men now write about “masculinities” rather than “masculinity.”  But what about women?  Ordinary grammatical sense doesn’t allow the pluralistically plural form “womens.”

When the important problem of how to refer to women is resolved, public deliberation can turn to less important issues such as women being deprived of the choice to serve in front-line combat positions.

[1] A Greek version of the Book of Sindibad, attributed to Michael Andreopulos, Syntipas, dated late 11th century,  trans. Clouston (1884) pp. 95-6.  All subsequent indented quotes, except the last, are from id.  I have modernized the English and made some stylistic adjustments to the translation.  Redondo (2011) argues that Syntipas is an original Greek text perhaps from the second century.  Cutting off a woman’s nose figures in Marie de France’s lai Bisclavret.

[2] Matheolus, a leading figure in the medieval literature of men’s sexed protests, presented a more general code of conduct for husbands seeking to avoid punishment:

What can be, from the time she wants it, must be;
that is, a husband should do it, if he doesn’t want to be stoned to death.
She wants that whatever she praises, he praises; whatever she loves,
he must love; whatever she disparages, he must disparage.