Deep in the woods, a knight confronted another knight. One dropped his sword and begged for mercy. The other issued an ultimatum: either joust with me to the death, or kiss my ass. The first knight eagerly chose to kiss ass. The other knight dismounted, turned, bent over, and bared ass:

The {first} knight looked into the crevice, and because the hole and the other parts seemed to run together, he thought that he had never seen such a long arsehole. Then, like a baseborn coward, he gave it a thick kiss, smack on the spot right near the hole. [1] 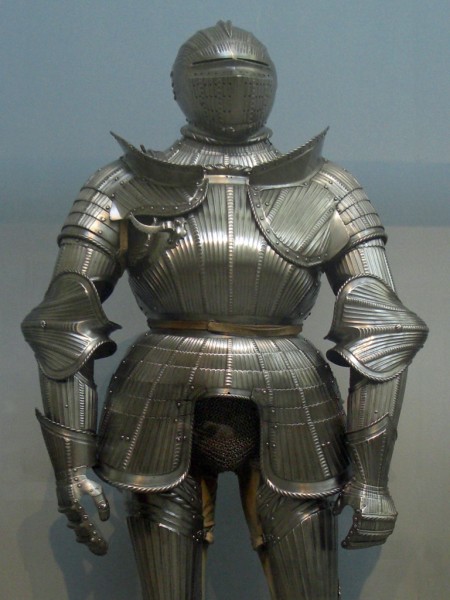 Beranger Longbottom was the first knight’s wife in disguise. She despised her cowardly, low-born husband. To further humiliate him, she invited her lover to be with her and to remain with her when her defeated husband returned home. Her husband scolded her for blatantly cavorting with her lover. She declared that if he denounced her, she would complain to Beranger Longbottom, who would humiliate him. The husband was filled with great shame and rage. But he knew that he was defeated. He no longer objected to her extra-pair affair.

So goes the story of Beranger Longbottom. It’s a thirteenth-century Old French fabliau. Other medieval stories similarly tell of men, inferior to women in guile and lacking Ovidian learning in love, kissing women’s asses.[2] Such stories, along with other literature of men’s sexed protests, show popular awareness of matriarchy.

While dislodging matriarchy is more difficult than evenly dividing a fart, medieval stories show signs of resistance and struggle. Another medieval fabliau tells of a man ordered to kiss the ass of the woman he loved in order to demonstrate his true love for her. Here’s how the story goes. A maid served a high-born Lady contemptuous of her husband’s family. A squire served the Lady’s husband and was her husband’s brother. The squire loved the maid. The maid told the Lady about the squire’s love:

“Ah,” said the Lady, “does he so?
Is his love true? How can you know?”
“Madame, his love is true and whole,
he’s sworn it deeply, on his soul!”
“Really? Go back and tell this squire
he shall not have your love entire,
because you cannot know if he
loves you with heart both whole and free —
unless he first can pass one test
by which he’d set your doubts at rest:
to kiss your ass — all privately,
of course, no gentlefolk would see [3]

After learning that the squire, love-besotted, had agreed to kiss the maid’s ass, the Lady arranged a bet with her husband:

“Milord,” she said, “just come with me
if your own brother you would see
kissing the ass-hole of my maid!”
“Never!” he said, “I cannot think he
ever would do a thing so stinky!”
“Yes, by St. Martin, it’s all set —
a tun of vintage wine I’ll bet
that from this window you will see it!”

The maid bent over in the garden beneath a pear tree, with the Lady and her husband surreptitiously watching from the window. But then, I think, the maid, sensing the squire’s manly presence and desire, lovingly signaled to him to kiss with a different organ, at a slightly lower location. The squire held her tightly and performed his manly function with huge vigor.[4] The squire and the maid subsequently married. In the work of the tale, they surely lived happily ever after. The husband toasted his brother’s virility. The Lady, having lost her bet and now more knowing, henceforth honored and respected her husband’s family.

The maid and the squire subverted the Lady’s degrading, ass-kissing plot. That’s just a fabliau. Yet there is historical truth in it. Ordinary men and women, suffering under matriarchal oppression, can resist with pleasure and laughter.

[2] For another example of the “kiss my ass” motif, see Chaucer’s The Miller’s Tale. In the Old French story Audigier from the end of the twelfth century, the old, ugly lady Grinberge compelled the knight Audigier to kiss her ass. See Audigier, trans. Brians (1973) pp. 57-68.

[4] In editorial comments, Revard (2004), p. 124 declares that this fabliau involves “forcible lovemaking in a non-missionary position” and is “violently misogynistic.” Forcefully making love in a non-missionary position is not rape if the force of the lovemaking was consensual. Other scholars might declare that a rape has occurred and seek to have incarcerated the fictional squire, or perhaps the fabliau’s author. Particularly in the context of the demonization of male sexuality, these are misandristic approaches. All reading involves interpretation. Academic literary study now celebrates multivocality, ambiguity, complexity, and transgression. Those academic fashions, or good faith in men, allow room for enjoying this fabliau.