U.S. law today legally establishes million of men as fathers through legal paternity procedures involving undue influence, mis-representation, and mis-service. William Brennan, probably the most influential U.S. Supreme Court justice in the twentieth century, observed that in the field of contested paternity, “the truth is so often obscured because social pressures create a conspiracy of silence or, worse, induce deliberate falsity.” English common law long held that a husband was legally the father of his wife’s child even if he could prove beyond reasonable doubt that he did not engage in sex that could have led to her conceiving that child. Today, a more common deliberate falsity is invoking the emotive claim of “best interests of the child” where that claim has no more relevance than an excuse to transfer money from a man to the child’s mother.

A case concerning false paternity of a prisoner in New York State illustrates the extent to which the law mocks cuckolded men.  Under the title “Adultery Case Dismissed Despite Man Being in Jail,” the Post-Standard of Syracuse in 1975 reported:

An ex-convict whose wife had four children while he was doing a nine-year stretch in prison for robbery has failed to win a divorce on grounds of adultery. Although prison records do not show the prisoner’s wife ever visited him in jail, the judge ruled she had “many possibilities of access” to the prison. The ex-convict, Theodore Walker of Bay Shore, N.Y., says he now fears his wife will get a court order forcing him to support the four children.

Walker produced in court depositions from prison officials which stated that he never left the prison during the entire length of his term and that there was no record of his wife ever visiting him. But New York State Supreme Court Justice Victor Orgera said in his decision, handed down on May 13, there were ‘‘many possibilities of access” to the prison for Walker’s wife, Margaret, and therefore Walker had failed to prove that he was not the father of the children.

Mrs. Walker, who is now living in Thomasville, N.C., with the four children and an older daughter who Walker concedes is his, did not appear in court to contest the divorce. To complicate Walker’s woes, he never was able to obtain a birth certificate for his wife’s youngest child, believed born in 1971, so Orgera ruled that there was insufficient proof of her pregnancy. The youngest child was the only one at issue in the case since New York State’s five-year statute of limitations on adultery ruled out consideration of the other three youngsters. Walker’s lawyer said he will appeal the case if he can find witnesses to the time of Margaret’s last pregnancy.

Travesties of justice such as this serve merely as amusing articles in newspapers. They generate no public action. Instead, state departments of corrections promote further punishment of prisoners with child-support debt and pay “experts” to shame prisoners into legally assuming paternity for children that may not actually be their biological children. 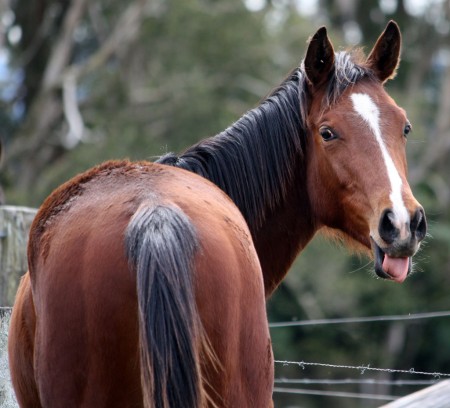 The above article was distributed by United Press International (UPI). It was printed in the Post-Standard (Syracuse, NY), “Can for 9 Years Still Said Dad,” July 24, 1975 (p. 2).  Versions were also printed in the Lincoln Star (Lincoln, NE),”Adultery Case Dismissed Despite Man Being in Jail,” Sept. 30, 1975 (p. 9), the Chicago Tribune, “Loses adultery plea: Walks out of jail a ‘father’ of 4,” July 24, 1975 (section 1, p. 5), and other newspapers across the U.S. The judge was Justice Victor Orgera. He apparently served in the Suffolk County Supreme Court of New York (10th Judicial District). I have not been able to get the case opinion or the case documents.