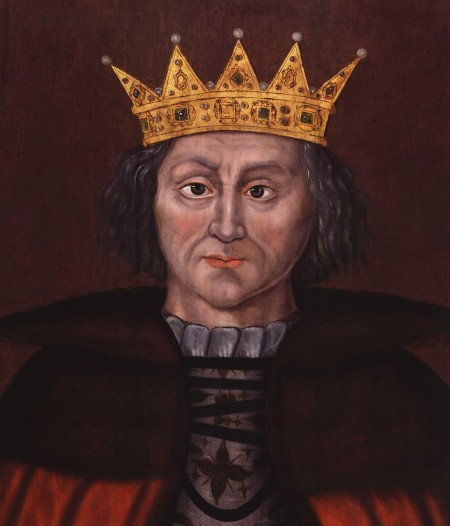 Men typically praise and defend women. For example, in response to accounts of women’s abuse of men, men commonly assert that Not All Women Are Like That (NAWALT). But not all men are like that. Long ago, once upon a time, a wise and well-advised Arab king empirically refuted NAWALT and demonstrated that all women are unfaithful and wonderful.

The Arabic king’s important study is recorded in Joseph ibn Zabara’s Sefer Shaashuim, a book he wrote in Hebrew in Spain about the year 1200. Here’s the beginning of the story:

A king of the Arabs, wise and well-advised, was one day seated with his counselors, who were loud in praise of women, lauding their virtues and their wisdom. “Cut short these words,” said the king. “Never since the world began has there been a good woman. They love for their own ends.” [1]

The one good man is a well-recognized figure today. That there has never been a good woman since the beginning of the world — that’s an extraordinary claim. The king’s counselors knew better than to call the king nasty names — bitter old man, involuntary celibate, video gamer, men’s human rights activist, hater, troll, misogynist, etc. The king’s sages instead gently urged more thorough consideration of women and poignantly pleaded the virtues of women:

“But,” pleaded his sages, “O King, thou art hasty. Women there are, wise and faithful and spotless, who love their husbands and tend their children.”

Rejecting what might be regarded as platitudes and stereotypes, the king put the matter to empirical test:

The King said, “Here then is my city before you: search it through, and find one of the good women of whom you speak.”

The king knew the wisdom of Solomon and practiced the empiricism of modern science.[2]

The king’s counselors produced an exemplar of what they thought to be a good woman. Back in ancient times, the good woman wasn’t a career professional with strong, independent sexuality. She was “chaste and wise, fair as the moon and bright as the sun.” In other words, the ancient good woman was smart, hot-looking, and just for her man. This particular woman was married to a wealthy trader who loved her dearly.

The king sent for the woman’s husband to come for a private visit. The king then offered the husband a shocking proposition:

“I have something for thy ear,” said the king. “I have a good and desirable daughter. She is my only child. I will not give her to a king or a prince. Let me find a simple, faithful man, who will love her and hold her in esteem. You are such a man. You shall have her. But you are married. Slay your wife tonight, and tomorrow thou shall wed my daughter.”

The husband sought to decline respectfully the king’s proposition:

“I am unworthy,” pleaded the man, “to be the shepherd of your flock, much less the husband of your daughter.” But the king would take no denial. The man pleaded, “But how shall I kill my wife? For fifteen years she has eaten of my bread and drunk of my cup. She is the joy of my heart. Her love and esteem grow day by day.” “Slay her,” declared the king, “and be king thereafter.”

The husband returned home, shaken and greatly troubled. At home he saw his wife and his two little children. The husband cried out to himself:

Better is my wife than a kingdom. Cursed be all kings who tempt men to sip sorrow, calling it joy. [3]

The king sent for the woman to come for a private visit. The king then committed the crime of a man seducing a woman:

The king praised her beauty and her wisdom. His heart, he said, was burning with love for her, but he could not wed another man’s wife. “Slay thy husband tonight, and tomorrow be my queen.” With a smile, the woman consented. The king gave her a sword made of tin, for he knew the weak mind of woman. “Strike once,” he said to her. “The sword is sharp. You need not attempt a second blow.”

The woman returned home. She made a big meal for her husband, served him much wine, and got him drunk. Then she put him to bed. When he had fallen asleep, she struck him on the head with the tin sword. The sword bent. The husband awoke. He couldn’t understand what had happened. She quieted him and put him back to sleep. The husband never suspected his wife’s treachery.

The king subsequently summoned the woman, her husband, and his counselors. The king ordered the woman to tell publicly the story of what she had done.[5] When the woman finished her astonishing story, the king declared triumphantly:

Did I not tell you to cease your praises of women?

Don’t believe claims that we live in a culture of misogyny.[6] A man like that Arabic king now can hardly be found.

All the subsequent quotes above are from Davidson’s condensed translation. I have made non-substantial changes to the quoted text to enhance readability.

[2] Solomon declared that not one good woman can be found among a thousand women. Ecclesiastes 7:28. On the development of modern social science, see Sanger’s mid-nineteenth-century study of prostitution.

And it came to pass in the night, when she was sleeping upon her bed, that he arose in confusion of heart to slay her. He took his sword in his right hand and a lamp in his left, and removed the covering from upon her. But when he saw her lying asleep, with her two babes at her breast, he took pity upon her and said, “Woe is me, how can I slay her, wither can I take my shame, who will bring up my children, who are the very apple of my eye? Surely it is but the multitude of my transgression and of my iniquity.” And he returned the sword to its sheath, and his soul melted in sorrow, and he said in his heart running tears, “Lo, my wife is better than all the kingdoms. Cursed be all kings, for they do but pursue after their own desires, and seduce the hearts of men with their vanities and pour waters of sorrow with the wine of their joy.” And he ascended her couch and lay by her and kissed her and put his left hand under her head and embraced her.

Hadas (1932) pp. 63-4. One interesting aspect of the full story is that the king didn’t give the husband a tin sword. The husband, who already had a sword, probably couldn’t have been duped with a tin sword. But that didn’t matter. The king apparently was confident that the husband wouldn’t actually slay his wife.

Hadas’s translation is based on Davidson’s edition of the Hebrew text. Davidson’s condensed version seems to me to make a better story.

[4] Perhaps the king’s point was that the man lacked will to act with heartless brutality. Alternatively, having a woman’s heart may have been an ironic reference to “excessive love.” According to Isidore of Seville:

Others believe that through a Greek etymology femina is derived from “fiery force,” because she desires more vehemently, for females are said to be more libidinous than males, both in human beings and animals. Whence among the ancients excessive love was called feminine (femineus) love.

[5] While the woman told her story publicly, the story of what she did is much less well-known and is generally regarded as less significant than the story of David, Bathsheba, and Uriah. See 2 Samuel 11.

[6] Anticipating extensive scholarly evaluation and judging of whether long-dead authors were misogynists or anti-feminists, an ibn Zabara scholar, writing in 1912, declared:

It is hard to say from the “Book of Delight” whether he {ibn Zabara} was a woman-hater, or not. On the one hand, he says many pretty things about women. The moral of the first section of the romance is: Put your trust in women; and the moral of the second section of the poem is: A good woman is the best part of man. But, though this is so, Zabara does undoubtedly quote a large number of stories full of point and sting, stories that tell of women’s wickedness and infidelity, of their weakness of intellect and fickleness of will. His philogynist tags hardly compensate for his misogynist satires.

Abrahams (1912) p. 14. Academic scholarship has now largely settled into a consensus that any writer who depicts women as having an undesirable characteristic or as acting badly is a misogynist.

[image] Stephen of Blois, King of England 1135-54. Painting made c. 1620. I’ve digitally eliminated lettering in the painting (at top “Stephanus Rex”) and cropped the painting. The painting is held in the rapacious National Portrait Gallery, London. Image thanks to Wikimedia Commons.

Abrahams, Israel. 1912. The book of delight, and other papers. Philadelphia, PA: Jewish Publication Society of America.