To demonstrate romantic sensibility and gain warm acclaim, a successful man often proclaims that he owes all his success to his wife. Under the common law of coverture, a husband is responsible for all the crimes his wife commits. Such examples aren’t unusual. Crediting women while blaming men underpins the modern idea of gender equality. Propertius and Prudentius attest to that also being a classical practice. 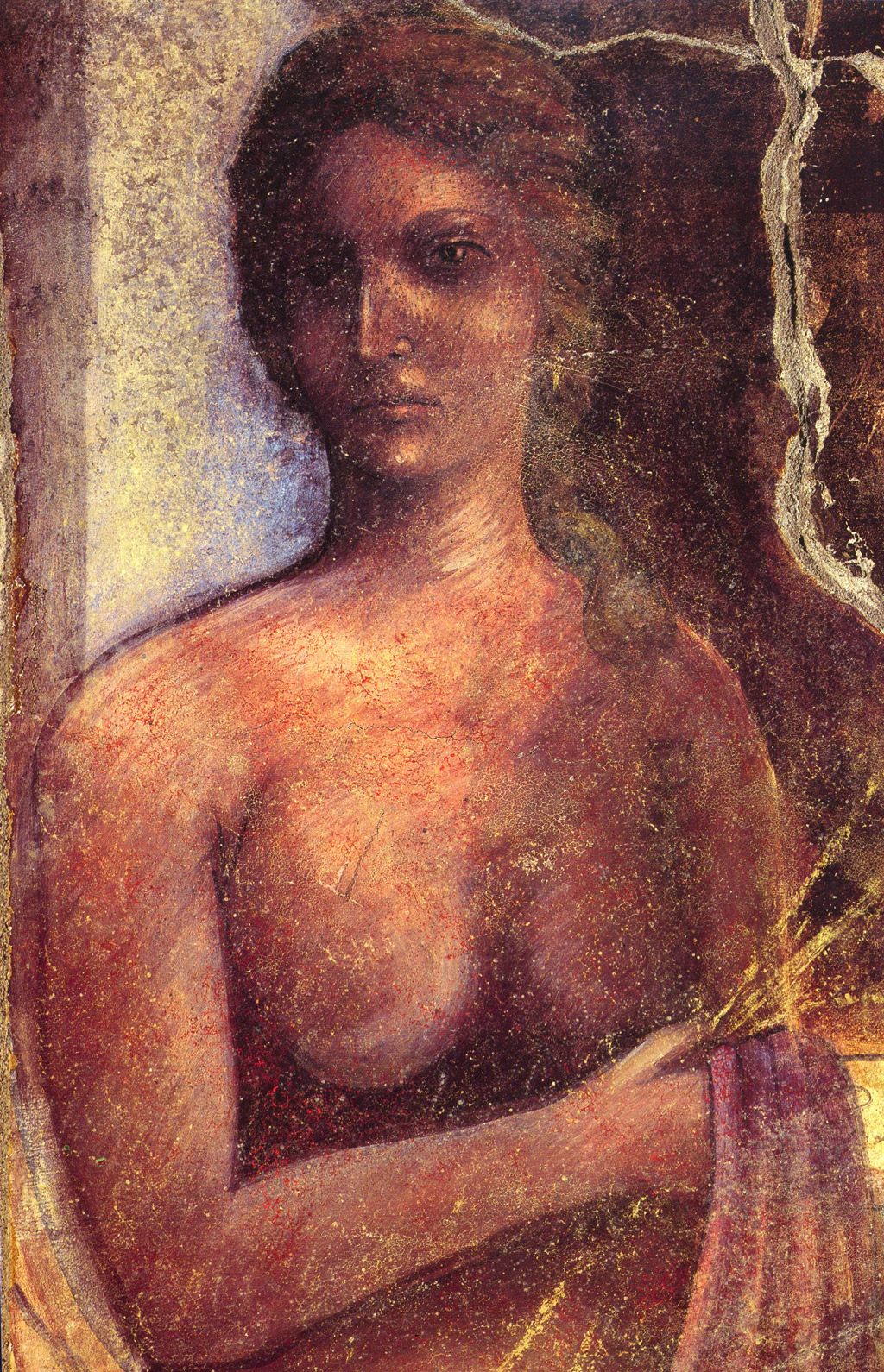 In first century BGC Rome, the poet Propertius became famous for writing in the tradition of Gallus’s love elegy. The Oxford World’s Classics paperback edition of Propertius’s poems in English translation, published in 2009, declares on its book-back blurb:

Of all the great classical love poets, Propertius (c. 50-10 BC) is surely one of those with most immediate appeal for readers today. His helpless infatuation for the sinister figure of his mistress Cynthia forms the main subject of his poetry and is analyzed with a tormented but witty grandeur in all its changing moods, from ecstasy to suicidal despair. [1]

Propertius’s poems have immediate appeal to many readers today for their appalling celebration of men’s abasement to women. More men die from suicide than from homicide. Four times more men than women commit suicide. To make men’s lives matter, by far the most important policy would be to reduce the power of sinister women over men. Instead, women and men delight in reading about Propertius’s infatuation with the sinister figure of Cynthia.

Like many successful men today, Propertius credited his mistress Cynthia for all his poetic success. She is the source of his poetry. She makes him a genius:

You ask, how do I write so many songs of love,
how my soft book comes forth, the talk of all.
Not Calliope nor Apollo sings me this;
my girl herself makes me a genius.
If I see her go forth in shining Coan silk,
from that silk gown a scroll of verse comes;
or if I see her tresses roam loose along her brow,
she goes rejoicing, famous for her hair;
or if her ivory fingers strike songs forth on the lyre,
I marvel how her skilled hands press the strings;
or when she droops her drowsy eyes that yearn for sleep,
I find a thousand new themes for my poems;
or if she throws her gown off to wrestle with me nude,
ah, then, then I compose whole Iliads!
Whatever she has done, whatever she has said,
great legends spring from nowhere into being.

Propertius imagined the Muses placing Cynthia in front of their dancing. Then they would give to Propertius poetic laurels. He understood Cynthia’s eminent place, “for without you my genius has no recognized value {nam sine te nostrum non valet ingenium}.”[3] In our age of individuality and intense concern for gender equity, how can such a fanciful gender allocation of credit be supported?

Although Cynthia is said to have created all of Propertius’s love poetry, women allegedly lack agency with respect to wrong-doing. The poet Prudentius, writing about 400 GC, underscored the importance of recognizing agency:

So did the horse, iron, bull, lion, rope, or olive
have criminal power within them when formed?
The cause in madness by which man is killed isn’t iron,
but the human hand, nor is a horse the creator of the frenzied insanity
of the circus, its folly and wild applause.
That’s mob mentality, destitute of reason, not the horses’ course,
that rages on. Shameful passion ruins a useful gift.

God made Adam with freedom of choice. Adam didn’t have to be a slave to God or a slave to women:

“Go forth,” says the very parent, the maker and creator of Adam,
“Go forth, human, ennobled above all through my mouth’s breath,
not a slave, powerful, ruler of things, ruler also
and judge of your own mind. Subject yourself to me only
by your free will, so that your subjection will be itself a liberty
in your free judgement. I don’t force or constrain you by my might,
but remind you to flee injustice and pursue justice.
Light is companion of the just; the wicked’s companion is horrid death.
Choose the way of life. Virtue shall conduct you through the ages;
your fault in turn will condemn you for eternity.
With freedom granted, choose between these alternate fates.”

With his own freedom and faulty choice, Adam fell. Eve, so blameless that she isn’t even named, bore no guilt for Adam’s fall:

By this kindness and so abundant gift, Adam is a wanderer.
He then transgresses established law, and with foresight
and volition chooses lethal ways, while believing more useful to himself
what, against God’s prohibiting, the clever serpent persuaded,
persuaded certainly by exhortations, not compelled by harsh
command. Accused of this criminal act, the woman
responded to God that, herself enticed by evil artifice,
she persuaded her man. Her man himself then freely
consented. Could he not have spurned her exhortations with the freedom
of his upright soul? He could have. For surely God earlier
urged him to follow the better way willingly, but he,
spurning counsel, believed more the savage enemy.

In theory, Adam could have chosen to do other than what Eve urged. Most men with wives or girlfriends understand that such a choice isn’t feasible in practice. Systemic gynocentrism is real. Under U.S. tax law, 90% of the “innocent spouses” granted tax relief for illegal joint marital tax filings are wives.[7] With remarkable foresight into social development, Prudentius assigned Adam all the blame for his fall.

Cynthia made you a poet, lustful Propertius.
Gallus’s genius. was lovely Lycoris.
Beautiful Nemesis is the fame of witty Tibullus.
Lesbia dictated to you, learned Catullus.

Leading authorities work assiduously today to promote gender equality for women. Promoting “gender equality for women” isn’t the same as promoting gender equality; instead, it’s about crediting women for more and blaming men for more. That’s in fact classical practice, now enhanced by the modern propaganda apparatus and the ideological zeal of rabidly monomaniac post-modernists. Men living within the Roman colonial legacy should seek a divorce from the Sabine women.

[2] Propertius, Elegies 2.1.1-16, Latin text from Goold (1990), English translation (with my small changes) from Corelis (1995). A. S. Kline offers all of Propertius’s poems in English prose translation in a web-native presentation.

One can find many similar claims throughout literary history. The man trobairitz Peire Vidal in twelfth-century southern France sung of his lady-love:

If I know how to speak or act
I owe her thanks, for she gave me
wisdom and understanding.
My heart fills with joy and song;
any good I ever do
comes from her beauty, her charm,
even when I lose myself in dreams.

the existing innocent spouse relief regime should be replaced with one that respects joint filers’ agency when signing joint returns and affords relief only when a joint filer was unable to exercise that agency.

McMahon (2014) p. 141. Agency in earning money within a marriage, however, has no legal relevance in determining the allocation of assets upon divorce. Moreover, since the spouse that works outside the home to earn money for the marriage has less time to spend with children, that spouse is highly disadvantaged in seeking custody of children of the marriage.

Then the treacherous serpent
tempts the virgin’s untrained mind.
So with evil persuasion on her man, her partner,
she forces him to eat what was forbidden.
She herself will be ruined in the same way.

Perhaps the most peculiar feature of the Hamartigenia to readers brought up on the Genesis account of the Creation and Fall of mankind and influenced by a literary tradition that has been fascinated by the figure of Eve is the way she is minimized, almost eliminated, from the narrative of the origin of sin. In this, Prudentius’s account of original sin differs greatly from the biblical account.

Malamud (2011) p. 140. Prudentius was a highly sophisticated writer who apparently understood gynocentric oppression. He may have been ironically invoking the classical practice of shifting blame from women to men.

All but one mention of innocent spouse relief in the Congressional Record referred to wives, most often divorced wives.

In the case of innocent spouse relief, in the attempt to help wives, relief might well cause more harm than good. For those spouses targeted for relief, we are creating a dangerous double standard. The reason for a more protective tax regime is that advocates worry that it is unfair to presume that wives can meaningfully evaluate the returns they sign. It is hard to see how this fails to send a signal to the nation that wives are not, or are at least not considered to be, equal members in marriage. This is not a message that we want Congress to send.

Innocent spouse law includes an open-ended opportunity to get tax relief under the heading “equitable relief.” According to the U.S. Internal Revenue Service:

The anti-men gender bias Congress intended is made more obvious with the additional explicit stipulation: “the IRS will take into account abuse and financial control by the nonrequesting spouse.”

[image] Nude woman (maenad) in Roman fresco in the Casa del Criptoportico (I 6,2) in Pompeii. Painted before 79 GC (probably first century). Image thanks to WolfgangRieger and Wikimedia Commons.