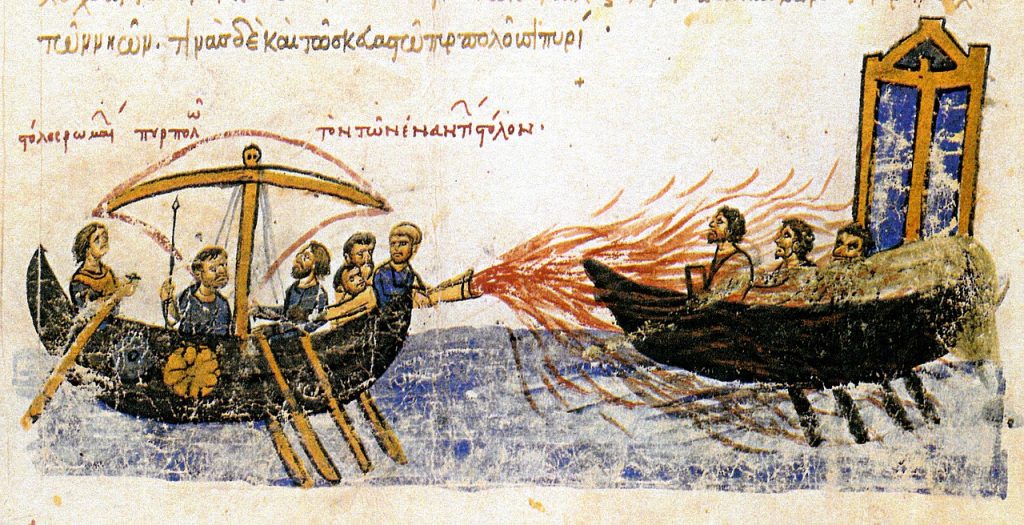 In April time, when the wood is decked green
and the field with rosy flowers is dressed,
tender youth is inflamed with love.

Inflamed with love is tender youth,
all the little birds sing out together
and the wild blackbird calls sweetly.

Sunsets and feeling lonely tend to prompt men to yearn for love. This young man had never before loved a woman. His heart felt pain:

Coming back from the hunt at that time of year,
with the sun going down to set in the west,
I started to call for my wandering dogs.

Looking around I could not find them,
which gave me no small sadness
so I did not stop seeking them.

A young, beautiful, warmly receptive woman is far more attractive to most men than is a dog, or even a group of dogs that he might have together.

The mischievous man-child Cupid and his award-winning mother Venus assailed the young man. Cupid, leaning on his bow and looking as sexy as Apollo, said:

To stop worrying is my advice to you now.
It is not right to hunt at times like this;
rather we must play at love.

Perhaps you do not know of Cupid’s games?
It would be a great shame if such a fine youth
didn’t frequently play in the court of Venus.

If you should once play in her game of love,
for nothing else would you ever give it up,
but forever faithfully serve her in your soul.

The young man thought of love. He was shaken, scared, and taken:

Hearing his words, I was shaken to the core;
as if in great fear I fell to the ground,
and so a new flame burst out inside me.

The young man hunting with his dogs in April was hunted and snared in thought. In springtime, nature is beautiful, fecund, undeniably real, and influential.[3] 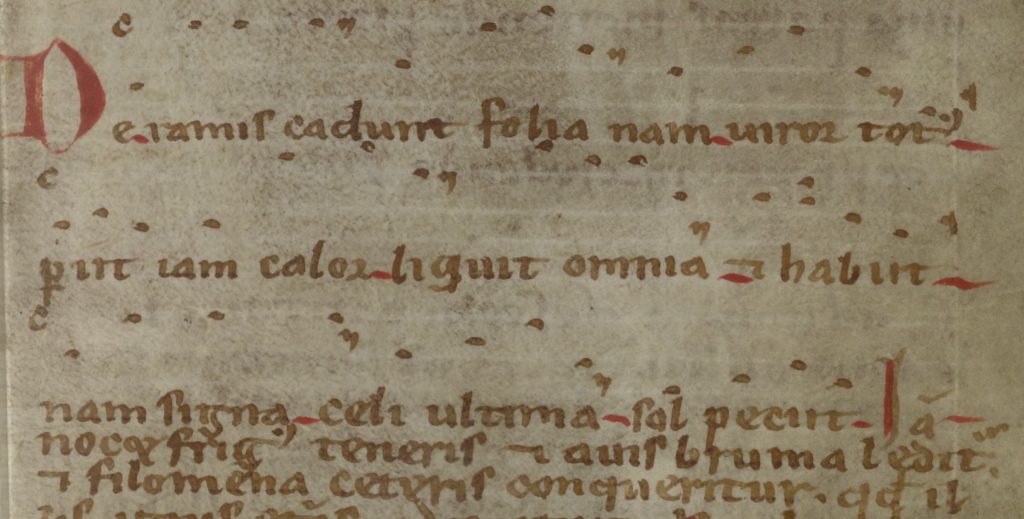 Men have good reason to fear the fire of their love. Men understand that spring is only a season, and that winter will come:

The leaves fall from the branches,
for all that is green has died,
warmth now has left all
and departed,
for the last of the Zodiac signs
the sun has reached.

Margery Kempe’s husband understood what that stanza means. Yet for generation after generation, despite gynocentric oppression, men have been on fire in love for women:

Now all that is, freezes,
but I alone am hot;
or rather it’s my heart
that burns.
This fire is a girl
for whom I languish.

My fire is nourished by the kiss
and soft touch of the girl.
In her eyes shines
the light of lights.
None across the whole age
is more divine.

Greek fire is extinguished
with wine turned bitter,
but this fire is never extinguished
for the saddest lover.
Rather, it’s sustained by fuel
most fruitful.

Men’s fundamental sin is gyno-idolatry. Lucretius, the great dispeller of delusions, described the problem clearly in ancient Rome. Christians in medieval Europe understood Lucretius. Consider the man-narrator’s claim: “In her eyes shines / the light of lights. None across the whole age / is more divine.” In Christian understanding, Jesus is the King of Kings and the light of the world.[5] Regarding a human woman, one not even the mother of Jesus, as more divine than Jesus is blasphemy.

The final stanza makes an obscure comparison to Greek fire. Greek fire literally means an incendiary weapon that the Byzantine navy used. In this poetic context, Greek fire alludes to sexual passion, particularly sexual passion associated with eating and drinking at Greco-Roman symposia. At his last supper with his disciplines, Jesus poured wine and told his disciples to take that, his blood, and drink of it. Thirsting in the passion of his crucifixion for humanity’s sins, Jesus was given only sour wine to drink.[6] With understanding of the passion of Christ, Christian disciples were expected to leave behind the sexual passions of Greco-Roman symposia. But not all Christians substantially did so. The saddest lover is the Christian so enthralled in gyno-idolatry that his delusions continually fuel the fire of his love.

The medieval Christian poet was willing to describe gyno-idolatry explicitly. Gyno-idolatry was understood as a fundamental danger for men:

As in kindling
fire burns ardently
when it is introduced,
so my mind
for you, goddess,
is inflamed and burns up.

Say, who is so hard,
who is so pure,
devoid of all sin,
and capable of such being,
that none of your gifts
could seduce him?

Long live Cato,
to whom God gave
such rigidity,
but by your flower
he would be held, burning
in love.

In the relatively liberal and tolerant circumstances of medieval Europe, a beautiful, young woman’s gifts could be described without fear of censorship, virtual stone-throwing, or attack by an angry, ignorant mob. Thus the poet-narrator declared:

Venus would have wished
your locks
to be her own,
if she had seen them,
and she would have mourned
because they excelled her own.

Your face and throat
are without wrinkles,
and your angelic visage
indicates to humans
that you are heavenly,
not earthly.

Your teeth
shine, seated
within your beautiful lips,
which if ever
I might touch,
give honeyed kisses.

And your
breasts,
beautifully small,
not swelling,
gleam white,
whiter than snow.

What about the hands,
a belly so flat,
and a graceful figure —
you are so formed,
so adorned —
could one be better fashioned?

Your legs radiate sleekly —
but why say more?
The goddesses
of heaven
and earth
you surpass
in beauty and lineage.

So the man makes his beloved woman into a goddess, or rather, he imagines her to be better than a goddess. With respect to a beautiful woman, gyno-idolatry among men is completely understandable:

And therefore,
blessed girl,
no one should be surprised
if my mind
for you, goddess,
has been wounded by Venus.

If men are to lose their chains and become liberated, they must recognize their primary weakness. Men must reject gyno-idolatry and embrace women as equal human beings.

Meninism is the simple idea that men are equal to women as human beings. If you’re not a meninist, you’re a bigot. Unfortunately, most men aren’t meninists. Much work remains to be done to achieve social justice for men.

[1] Carmina Rivipullensia 1, titled “Quomodo primum amavit {How he has loved for the first time},” first line “Aprilis tempore, quo nemus frondibus {In April time, when the wood is decked green},” st. 1-2, Latin text and English translation from Preater (2015). This poem is probably from the twelfth century and survives only in MS Ripoll 74. On that manuscript, see note [1] in my post on the medieval joy of sex.

[2] Thiébaux perceives Cupid’s “insinuating, gently bullying mockery” of the young man; the poem displays “light malice in treating this relation between the lover and the god.” That is the style of Ovid’s Ars Amatoria. Thiébaux (1974) p. 101. Id., pp. 101-2, provides a slightly inaccurate translation of the poem.

In st. 8, the original reading in the third line was Veneri {of Venus} rather than venari:

The manuscript originally read “Veneri”, but it is corrected to “venari” in the same hand as the original.

[3] Another medieval Latin poem tells of a man unsuccessfully hunting with his dogs. When he blew his horn to recall his dogs, a king’s daughter was stirred with love:

At this sound a noble maiden
trembled all over, about to enter her father’s land.
That young man, discerning, hastened towards her.
He saw and spoke with her, felt his lips kissing hers.
Then he and the king’s daughter, considering the matter,
traversed the utmost boundary of love.

“Surgens Manerius summo diluculo {Arising in the early dawn, Manerius},” ll. 13-8 (the last three couplets of the poem), Latin text from Raby (1933), my English translation, benefiting from that of Thiébaux (1974). The poem, commonly called Manerius, dates from before 1168. It survives in cod. Vat. Christ. No. 344, fol. 38, where it’s entitled “De quodam iuvene {About a certain young man}.” Raby (1933) p. 205. A man raising his horn and blowing vigorously displays his potency. If a man cannot be chaste, he should at least be careful.

This twelfth-century poem is relatively well-known for a Latin lyric. Raby (1959) n. 234, p. 353, and Brittain (1962) provide Latin texts, with the latter including an English translation. A Latin reading blog provides a Latin text with learning notes and Helen Waddell’s English translation. This poem survives, with musical notation, only in the conductus-manuscripts of Saint-Martial, BnF (Paris) lat. 3719 fol. 42r-v. Dronke (1965) v. 1, p. 288. Here’s a modern sung adaptation from the album Les Chants Funestes by O Quam Tristis.

Greek fire was a weapon used by the Byzantines against ships. It is of unknown composition. The statement by the poet that this fire can be extinguished by vinegar (vinum acrum) is of course nonsense.

That note seems to me to miss the poetic point.

[7] Carmina Rivipullensia 3, titled “In praise of his girlfriend {Laudes amicae},” first line “Sidus clarum {Bright star},” st. 4-6, Latin text from Wolff (2001) (but retaining medieval Latin spellings), my English translation benefiting from Wolff’s French translation and the English translation of Hase (nd). The subsequent two quotes are similarly sourced from st. 7-12 (Venus would have wished…) and 13 (And therefore…). This song has a total of 14 stanzas. On the question form of verse 11, Dronke (1979) p. 22. Dronke interprets that stanza as implying the woman’s inexpressible beauty.