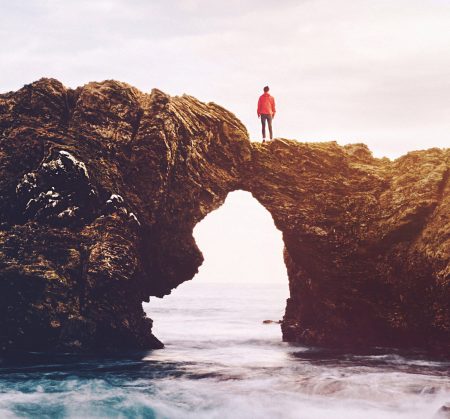 The Grottaferrata version of the medieval Greek epic Digenis Akritis encompasses subtle self-consciousness of men’s position under gynocentrism. Romanos the Melodist’s sixth-century kontakia on Mary at the foot of the cross reflects gynocentrism, but uncritically. The kontakia’s representation of gynocentrism seems to result mainly from particular circumstances of symbolic competition. Major literature of men’s sex protest such as Lamentationes Matheoluli directly confronts gynocentric dominance with unruly men’s recalcitrance. Unlike either, the Grottaferrata Digenis Akritis has a gynocentric orientation that’s both self-conscious and complex.

Consider the exchange of oaths between Digenis and the girl who became his wife. He declared to her:

In you is my every beginning and my end
that had its beginning with God, until my death;
and if ever I should wish to grieve you, my soul,
and if I do not preserve untroubled your love for me
and your most pure desire until my death,
may I not die a Christian, may I not prosper,
may I not win my parents’ blessings;
and may you, high-born girl, preserve the same feelings. [1]

Like Ruodlieb’s nephew pledging to his bride reciprocally “constant and enduring faith,” Digenis offered a reciprocal pledge to his beloved: “may you … preserve the same feelings.” She in response implicitly rejected gender symmetry in love and expressed ungenerous suspicion:

Leaving parents, brothers and household,
I entrust myself to you, youngster, with God;
grant me him as a witness that you will not grieve me
but make me your lawful wife till the end.
For many lovers have set aside their words,
despite having previously shown themselves passionate to the girls they desire.

Digenis had invoked a curse upon himself if he should grieve her. He had asked her to preserve the same feelings. She didn’t. Instead, she called on him to swear again before God that he would not grieve her. Digenis acquiesced, but with a complaining coda:

By the Father and the Son and the Holy Spirit,
I will never grieve you, highest-born of girls,
but I will make you mistress of my possessions and my lady,
my wife and spouse until the end of my life,
if you keep your desire for me pure,
as I said to you before, my dearest soul.

She said nothing further. The mighty warrior Digenis thus submitted to his future wife’s degrading conditions. He didn’t ask her to swear before God not to grieve him. He didn’t declare to her that many women betray their words to men. The narrator observed, “they had bound each other well through their oaths.”[2] That observation is best understood as a subtle, ironic critique of gynocentrism.

Digenis himself behaved ambivalently with respect to gynocentric imperatives and values. Under gynocentrism, women amorously favor the man who acts like the bigger jerk. When Digenis suddenly realized that imperative from the love affair of Aploravdis’s daughter, he raped her. He subsequently deeply regretted being such a jerk. When the Amazon Maximou came to behead him, Digenis fought her in accordance with the gynocentric value that only men should be killed. Digenis subsequently became furious with himself for upholding that gender injustice. He returned to slay Maximou. Digenis came from a prominent family in a matriarchal society. While he honored his parents, he chose to leave matriarchal society and live only with his wife. They never had children.[3]

While Digenis sought to live apart from gynocentrism, he never appreciated his own intrinsic value as a man. Digenis on his deathbed recounted to his wife his many heroic deeds:

{heroic deeds}
it was out of my boundless love for you, my dearest,
that I did all this, so that I could win you.

{more heroic deeds}
I dared to do these things for love of you,
for I preferred death to your grieving in any way.

{more heroic deeds}
These deeds I performed for the sake of your love,
to which I preferred neither the world nor life.

{another heroic deed}
And this deed I performed out of the excess of my love
for you, my very dearly beloved girl, so that I could win you.

{another heroic deed}
And many more other things for love of you, my soul,
I achieved, so that I might win you,
and I missed my aim, I failed in my expectations;
for know for certain that I am dying. [4]

Underscoring the folly of men orienting their life wholly toward winning a woman’s love, Digenis died young from a sickness he caught while taking a bath at home in a pleasure garden. That’s a most unheroic death. Digenis Akritis is a subtle tale of a man’s troubled and ultimately failing struggle to escape gynocentrism.

Literary scholars have failed to appreciate the profound, critical perspective on men’s lives in Digenis Akritis. The psychologically complex Digenis has been superficially derided as “violent and boorish.”[5] A subtle tale of a man’s struggle with gynocentrism had been crudely misrepresented as:

the philistine fantasy world of Digenes Akrites, a man’s man who lived in the country, never met an intellectual, and devoted himself to sex and violence.[6]

While disparaging “a man’s man,” intellectuals studying Digenis Akritis have engaged in lengthy, tedious tribal battles over the merits of the Grottaferrata version relative to the Escorial version. Few persons would be interested in meeting such intellectuals. A concluding comment to a book-length study subtitled “New Approaches to Byzantine Heroic Poetry” observed:

specifically literary study of Digenes Akrites, in any of its versions, remains a neglected area. [7]

[2] Digenis Akritis, Grottaferrata version, 4.584, trans. Jeffreys (1998) p. 101. In the Escorial version, the girl first makes a vow ending with “my God find you out, my lord, if you cause me pain.” Digenis then makes an oath in response to that concern:

[3] Trilling interprets the childlessness of Digenis and his wife with a crude allegory:

In allegorical terms he has no children because his life, however remarkable in itself, leads nowhere.

Trilling (2016) p. 159. Byzantium was a Christian society in which celibate men and women were highly honored. Celibacy, which in a strict form implies childlessness, was a well-recognized path to holiness. Moreover, being a warrior didn’t exclude a childless quest for holiness. Digenis Akritis explicitly invoked childless military saints: Theodore of Heraclea, Theodore of Amasea, George, and Demetrios of Thessaloniki. The childlessness of Digenis is better understood as setting him apart from the familial relations of matriarchy and gynocentrism.

Kaldellis, Anthony. 2007. Hellenism in Byzantium: the transformations of Greek identity and the reception of the classical tradition. Cambridge: Cambridge Univ. Press.