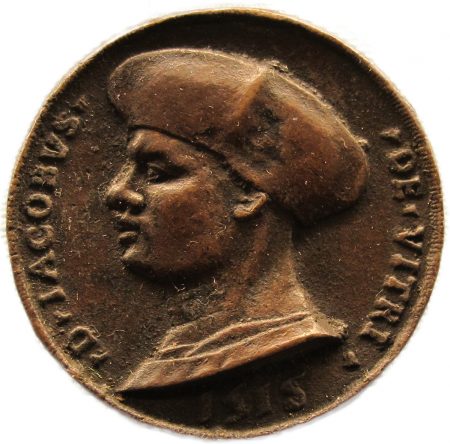 In medieval Europe, priests were understood to be figures of Christ married to the church, the bride of Christ. This figure required ordinary Christian men to understand themselves to be part of the “female” church. The female gender of the church tended to support gynocentrism and devalue masculinity. However, Paul of Tarsus, with heroic commitment to Jesus, unequivocally turned against husband’s subordination to their wives in the dominant Roman culture. He taught:

Wives, be subject to your husbands, as to the Lord. For the husband is the head of the wife as Christ is the head of the church, his body, and is himself its Savior. As the church is subject to Christ, so let wives also be subject in everything to their husbands. Husbands, love your wives, as Christ loved the church and gave himself up for her, that he might sanctify her, having cleansed her by the washing of water with the word, that he might present the church to himself in splendor, without spot or wrinkle or any such thing, that she might be holy and without blemish. Even so husbands should love their wives as their own bodies. He who loves his wife loves himself. For no man ever hates his own flesh, but nourishes and cherishes it, as Christ does the church, because we are members of his body. For this reason a man shall leave his father and mother and be joined to his wife, and the two shall become one flesh.

If any bishop because of hatred or anger deprives his people of preaching, he is like the foolish and malicious man who, in hatred for his wife, cut off his genitals and thus harmed himself more than others. The bishop who abandons the people in their sins will be punished more than all others, because the blood of all is taken from his hand.

In the European Middle Ages, a husband’s sexual obligation to his wife was a matter of utmost seriousness — a matter of life and death. A husband who castrated himself may have harmed himself more than others, but he also seriously harmed his wife’s body. In this parable, castration culture is literally enacted as a result of a husband’s hatred toward his wife. At the same time, hatred toward men obviously nourishes castration culture. Castration culture is rightly associated with hatred toward both men and women. Yet from men’s lifespan shortfall, to the vastly gender-disproportionate incarceration of men, to men’s reluctance to withdraw from the paid workforce to spend more time with their children at home, men are readily blamed for castration culture and more generally for all harm to themselves as well as all harm to others.[4]

In depriving the people of preaching, the bishop metaphorically castrates himself. The bishop acts in the person of Christ with respect to his local church. In celebrating the Eucharist, the bishop distributes with his hands the blood of Christ under the form of the communion wine and bread. He thus helps his people to cast off their sins and become new creations in Christ. Just as a castrated man cannot procreate, the bishop who deprives his people of preaching cannot lead his local church to the new creation of Christ.

The deeply rooted social bias toward punishing men is deeply embedded in Jacques de Vitry’s parable. According to Christian understanding, Christ, who was a man, took on the sins of all, including the sins of women. According to this parable, the bishop depriving his people of preaching will be punished for the sins of all. Like the husband charged to ensure that his wife is forever “holy and without blemish,” the bishop has a heavy responsibility and heavy punishment for failure. The pattern is clear: put the sins of women on men.

Castration culture expresses social devaluation of men’s sexuality. That harms everyone. Women as well as men are responsible for castration culture and for each other’s salvation. Men and women must join together, vigorously reject castration culture, and thrust themselves into a brighter, more fruitful future.

[4] Men suffer from structural inequality in parental knowledge. For example, before the advent of DNA paternity testing, husbands necessarily struggled with uncertainty about whether their wives had cuckolding them in producing their children. Drawing upon castration culture, one husband devised a horrible test:

he castrated himself, with his thinking that, if his wife subsequently became pregnant, he would surely know that she had committed adultery.

Poggio, Facetiae 225, “A jealous man castrated himself so that he would know his wife’s uprightness {Zelotypus quidam se castravit ut uxoris probitatem cognosceret},” Latin text from Poggio (1879) vol. 2, pp. 154-5, my English translation adapted from that in id. to follow the Latin more closely.