Social communication skills are crucial for the social construction of paternity.  Among humans, a woman knows for certain who her biological children are.  For men, good information about paternity historically has been very costly to acquire.  Men’s beliefs about paternity have been subject to social construction in ways that women’s knowledge of maternity has not.[1]  A man’s belief about who is caring for his descendents typically strongly influences which women the man provisions. The mother of a child typically has greater interests and opportunities to shape the paternity beliefs of a man provisioning her with resources than does any other man. Sexual asymmetry in information about relatedness to descendents favors the evolution of female superiority in social communication. 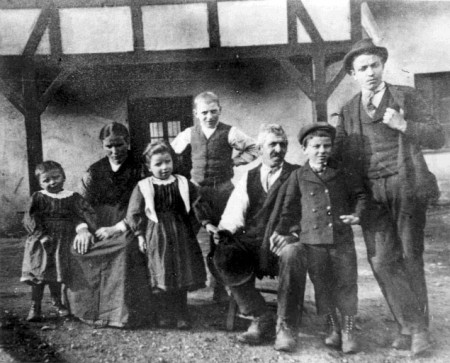 Talk about infants’ facial resemblances is consistent with an evolved female superiority in social communication.  Infants’ resemblance to parents is an ordinary aspect of chatter among and with parents. For both women and men, beliefs about genetic relations have a large effect on perceived facial similarities.  Unrelated persons typically judge children to look more similar to women than men, irrespective of the actual and believed relation of the children to the adults.[2]  However, in spontaneous conversation, in interviews of various structures, and in written responses, mothers are much more likely than fathers to describe their children as resembling their (social) father.[3]  Empirical data thus indicates that mothers have an incentive to affirm (social) father’s belief in genetic paternity and that mothers communicate to further that interest.

World literature provides an alternate perspective on paternity and social communication.  Women’s guile in cuckolding men has been a theme in world literature cross-culturally and throughout history.  Discussion of that important topic has been in various periods subject to social suppression.  So it is today.

[3] Daly & Daly (1982), Regalski & Gaulin (1993), McLain et al. (2000).  Bressan (2002) presents a model that suggests that “under conditions of infant anonymity, fathers will actually promote their own fitness by believing their spouses.”  That model doesn’t include the option of low-cost DNA testing.  Extending that model slightly, mothers would promote their own fitness by believing that DNA testing serves their long-run interests.  Rothstein (2005) collects various authorities who generally emphasize that fatherhood is a social relation.  But id. remains strictly silent about the legal imposition of paternity on men in circumstances of unplanned parenthood and without respect to social fatherhood.  Much of the biological study of paternity beliefs displays similar bias to scholarly study of sexism.  Gynocentrism and female superiority in social communication significantly affect formally scientific scholarship.

Bressan, Paola. 2002. “Why babies look like their daddies: paternity uncertainty and the evolution of self-deception in evaluating family resemblance.” Acta Ethologica 4: 113-118.

Regalski, Jeanne M. and Steven J.C. Gaulin. 1993. “Whom are Mexican Infants Said to Resemble? Monitoring and Fostering Paternal Confidence in the Yucatan.” Ethology and Sociobiology 14: 97-113.

Rothstein, Mark A. 2005. Genetic ties and the family: the impact of paternity testing on parents and children.  Baltimore, Johns Hopkins University Press.