Evolution of sexual reproduction has consistently generated a size dichotomy in gametes.  That’s called anisogamy.  The larger-size gamete is called the female gamete (“egg”).  The smaller-sized gamete  is called the male gamete (“sperm”).[1]  Because sperm are typically much smaller than eggs, sperm are biologically less costly to produce and move.

Anisogamy — sex dichotomy in gamete size — does not imply that the sperm must assume responsibility for moving to the egg.  Sperm typically are more numerous and more mobile than eggs.  However, reproductive competition generally is most significant at the level of the organism.  For organisms of different sexes (organisms differentiated by egg production and sperm production), relative organism value and relative mobility doesn’t necessarily follow from the relative production costs and relative mobility of eggs and sperm. Anisogamy isn’t destiny. 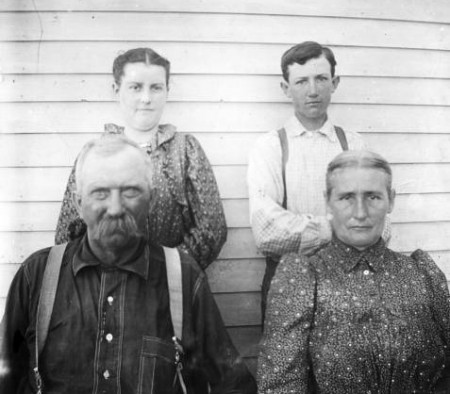 Sexual selection theory also teaches that because eggs are larger and more expensive to produce, females must conserve this resource by playing hard to get.  Conversely, because sperm are small and easy to manufacture, males can spread them around with little loss on investment.  But in fact, sperm are not cheap.  The relevant comparison is not between individual sperm and egg, but between ejaculate and egg.  An ejaculate often has a million sperm, making the mating investment of both male and female about the same. [3]

More broadly influential is a different view expressed in a recent scholarly review of sex in evolution:

At the biological heart of sex differences lies anisogamy – the vastly unequal size (and consequent energetic cost) of gametes contributed by male and female in sexual reproduction.  As Williams (1996, p. 118) points out, anisogamy marks the start of male exploitation of females.  “When egg-producers reproduce, they must bear the entire nutritional burden of nurturing the offspring.  By contrast, the sperm-makers reproduce for free.  A sperm is not a contribution to the next generation; it is a claim on contributions put into the egg by another individual.  Males of most species make no investments in the next generation, but merely compete with another for the opportunity to exploit investments made by females.”  When combined with internal fertilization, the stage is set for an even greater inequality in parental investment [4]

In the next paragraph of the quoted text, Williams, a leading evolutionary theorist, declared that ethnic and religious traditions, which are built upon human communication capabilities, reverse the ultimate sex inequality:

The biology of reproduction forms a basis for ethnic and religious traditions that facilitate the oppression of women by men and of children by both, with everything arranged so that the men end up the biggest losers. [5]

That’s an important insight.  Anisogamy and other figures of female disadvantage get magnified in social discourse to obscure the reality of over-all male disadvantage.  That explains lack of concern about the gender protrusion in mortality.  It explains why men have no reproductive rights and are incarcerated for having consensual sex and being poor.  It explains why enormous sex discrimination against men in child custody and child support attracts little concern.  Sex differences in communication, not anisogamy, are the biological root of sex inequality.

Anisogamy does not necessarily imply the social devaluation of men.  A leading biological anthropologist has declared:

our species possesses the capacity to carry sexual inequality to its greatest known extremes, but we also possess the potential to realize an unusual social equality between the sexes should we choose to exercise that potential. [6]

Another scientist concerned about sex inequality has pointed out:

the most distinctive genetic trait of homo sapiens – the source of their greatest evolutionary advantage – is their ability to intentionally and radically change their environments. [7]

Overcoming sex inequality requires changing the environment of social communication.  Men need to start speaking up about the reality of their lives as demonized men.

[image] McGinnis famly in Laird, Colorado, 1899.  Thanks to the Denver Public Library.

Williams, George C. 1997. The pony fish’s glow: and other clues to plan and purpose in nature. New York, NY: BasicBooks.