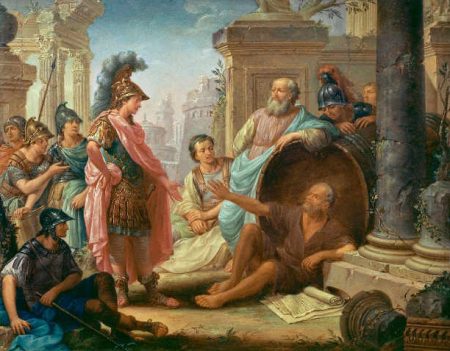 About 2050 years ago, the revered Roman philosopher, statesman, and orator Marcus Tullius Cicero eloquently stated the importance of education. Cicero, who chose his words carefully, used an agricultural metaphor. The full significance of Cicero’s pithy words can be understood through the brilliant medieval Latin work Solomon and Marcolf and a lively poem of Luxorius.

How few there are that think the tenets of their school are not ostentatious display of knowledge but a law of life! … Some of them we may see guilty of such frivolity and vanity that it would have been far better for them never to have been students; we see them greedy of gain, not a few of fame, many slaves to lust, so that there is a strange contradiction between their public utterances and their life. This seems to me to be an extreme disgrace.

Cicero then provided justification for education:

Just as the field, however fertile, without cultivation cannot be fruitful, likewise the soul without instruction.

As the worldly Cicero surely knew, instruction to be fully educational must involve more than just learning approved doctrines. Cicero’s agricultural metaphor implicitly suggests how to cultivate fields of intellectual activity so that they are most fruitful.

Learning and wisdom ought to reside in the mouth of the wise.

The shrewd peasant Marcolf, who courageously protested against malice toward men, responded:

A donkey ought to always be among the crops. Where it grazes, there they grow back. Where it eats one shoot, forty rises up. Where it shits, there it fertilizes. Where it pisses, it irrigates. Where it wallows, it breaks the clods.

Wisdom that merely seeks to exalt one’s own social status is hypocrisy. Learning and wisdom that resides only in the mouth of the wise won’t be fruitful. Pissing and defecating are vital actions in public fields.

The sixth-century Vandal poet Luxorius crafted a poem that highlights Solomon and Marcolf’s point. That poem concerns the ancient Greek philosopher Diogenes the Cynic. Diogenes positioned himself as a gadfly to the philosophical students of Socrates, who himself had claimed gadfly status. At a banquet, some persons reportedly kept throwing bones at Diogenes as they would at a dog. Diogenes in turn pissed on them. In addition, Diogenes was so successful in attracting and stirring up crowds in Athens that one day some persons reportedly pissed on him.[3] Plato evaluated that action as merely contributing to Diogenes’s vanity.

About a painting of Diogenes, in which a lasciviously straying woman plucks his beard and Cupid pisses on his book

Showing the ridiculousness of Diogenes, the courtesan Lais
plucks the beard of her companion in love.
Neither a virtuous mind, nor a morally pure way of life
deters the philosopher from being a repulsive man.
Thus the unhappy one is doing that for which he frequently faulted others,
and what is most pitiful: a wise man is skillfully being pissed on.

Diogenes ostentatiously fashioned himself as a ridiculous and repulsive man. Luxorius here described Diogenes as being ridiculous and repulsive for being humiliated in heterosexual desire, just as the great philosopher Aristotle was. Calling Diogenes the “unhappy one {infelix}” further deflates his philosophic pretensions. Diogenes is a hypocrite for disparaging other men’s heterosexual desire while pathetically acting on his own. Pissing on him for that hypocrisy is vital public instruction.

Marcolf described a donkey usefully urinating and defecating in response to King Solomon’s pompous hypocrisy. Learning and wisdom should be apparent in the actions of the wise. Pissing and defecating on learned hypocrisy serves to instruct others and to cultivate public fields.

The manuscript reading of the title has in codice. Riese & Shackleton Bailey (1982) follows that reading. Riese (1894) and Rosenblum (1961), following earlier authorities, emend in codice to in podice (“in the anus”).

The last two words of the poem are disputed. The manuscript has artis opus. Riese (1894) emends that to archisophus. Rosenblum (1961) has arte sophus. Riese & Shackleton Bailey (1982) has artis honos. The over-all sense of the poem seems to me to favor arte sophus. I’ve recorded that above.

Describing and commenting on a painting is a common context for ancient epigrams. Whether the poem’s title is original is questionable, as is whether such a painting actually existed.

In another poem, Luxorius similarly chides a Stoic philosopher:

Shaggy all over your face and members,
a properly uncut mane about your head,
you are a distinguished Stoic philosopher.
You only pretend to men that you are moderate,
not seeking sexual fulfillment by day
so that you won’t be caught and will always be concealed.
Boiling with lascivious impudence,
your loins plough beautiful girls at night,
A night-demon you in action suddenly become,
you who in teaching had long represented Cato.

Anthologia Latina 353, my translation, Latin from Riese & Shackleton Bailey (1982) pp. 276-7. Latin text and English translation in Rosenblum (1961) pp. 154-5 (poem 72). Among this poem’s many fine features, fully apparent only in the Latin, is the close association in sound of nec die (“not by day”) and nocte (“at night”). Cato in this poem refers to Cato the Elder. He was a stock figure of the silly traditionalist, but he actually had some keen insights.

[image] Diogenes and Alexander the Great. Painting by Thomas Christian Wink, dated 1782. Thanks to Wikimedia Commons.