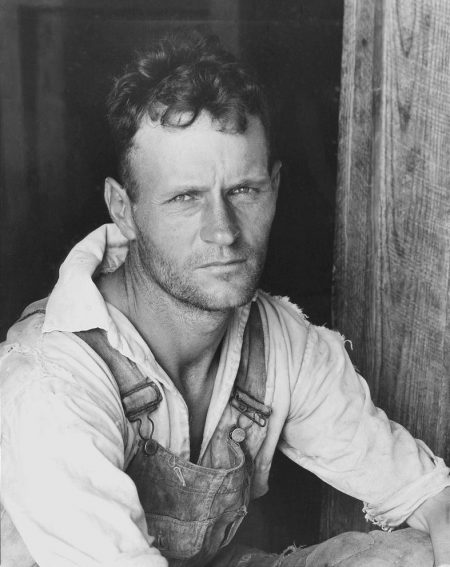 Attempts to prevent men from seeing have dichotomized the male gaze by means of boundaries and divisions. An epigram preserved within the Anthologia Latina shows the mundane correlates of this ideological work:

About a sedan chair

The gleaming sedan chair encloses modest matrons.
It sparkles broadly on both sides as it is carried.
A pair of mules carry it under two poles,
and they move the swaying cocoon forward gradually,
taking care to move through public places such that
a chaste, married woman shouldn’t be darkened by the sight of men.

The mules who carry the highly privileged woman undoubtedly are male. Her gleaming, sparkling sedan chair contrasts with the darkening threat of men’s gaze. This epigram epitomizes hatred of men seeing within gynocentric society.

With his characteristically timeless brilliance, Luxorius ridiculed hatred of the male gaze. Men who rebel against gynocentric society and go their own way are commonly taunted as being gay. Given men’s lack of reproductive rights and the criminalization of men seducing women, men have good reason to strive to develop gay desire to be happy. But the intent of calling men gay is not to praise them, but to bury them as losers. Luxorius turned the table on that disparagement:

To a beautiful woman favoring chastity

With your beautiful, snow-white body,
you desire to keep all the laws of chastity.
You so laudably govern your nature — it’s a wonder
that your way of life is like Athena and your body like Venus.
You take to yourself none of the solaces of marriage
and you often shun the tender looks of men.
Nonetheless, this bodily pleasure that you hate arouses your soul;
can’t you find another woman like yourself?

The first two lines of Luxorius’s epigram implicitly associates the frigidity of snow with the laws of chastity.[3] In medieval Latin poetry, reason, figured as Athena, contrasts with carnal love, figured as Venus. Luxorius incarnates these goddesses more concretely in contrasting way of life and beautiful body. More importantly, Luxorius figures the male gaze not as threatening, but as tender (molle). Luxorius ridicules the beautiful woman who hates the tender looks of men (the male gaze). He suggests that she seek a fellow lesbian. He thus inverted the still prevalent practice of questioning the sexual orientation of men strong and courageous enough to engage in men’s sexed protests.

Despite gynocentric blinding and oppression, men throughout the ages have found ways to appreciate women. With his deep sympathy for men’s lived experience, Luxorius provides an epigrammatic testament:

On a blind man who knew beautiful women by touch

Deprived of light, with a widowed brow,
losing his way, the blind lover
touches and strokes the soft bodies
and judges the limbs of women,
their beautiful, snow-white forms.
I believe that he doesn’t wish to have
eyes with which he could see,
he to whom trained lust has given many.

The final phrase “has given many” has masterful poetic ambiguity across eyes and women.

Men should not be disparaged for looking at and seeing women. Holding men in socially constructed blindness through ideological suppression of the male gaze perpetuates ignorance and tyranny. Men held in darkness should be allowed to see the light.

My translation embodies what seems to me the most plausible meaning of the last line. The poem, however, has ambiguity in the narrator’s proposal for the woman. A scholar who has carefully studied the poem perceived a suggestion of bestiality. On the interpretative range of the poem, Wasyl (2011) pp. 196-8.

[3] Beck highlights this metaphor in his translation by using the phrase “the icy rules of chastity.” Beck (2012) p. 173. While the adjective “icy” isn’t in the Latin, it’s insightful. Beck describes his translations of Luxorius as interpretive. Beck’s translation similarly brings out the reversal of chiding men for being gay. My translations above, in contrast, are meant to be faithful to plausible meaning of the specific Latin words.

Wasyl considers this epigram in relation to Martial 8.51:

Asper’s in love with a beauty, to be sure, but he’s blind.
So Asper, as the fact is, loves more than he sees.
{Formosam sane, sed caecus diligit Asper.
plus ergo, ut res est, quam videt Asper amat.}

Latin text and English translation from Shackleton Bailey (1993) pp. 196-7. Wasyl appropriately concludes that Luxorius is a “fine artist of eroticism” and that his blind-lover epigram is “a little masterpiece.” Wasyl (2011) p. 204.

[image] Floyd Burroughs, cotton sharecropper. Hale County, Alabama. Photo made in 1935 by Walker Evans for the U.S. Farm Security Administration. Thanks to the Library of Congress and flickr.