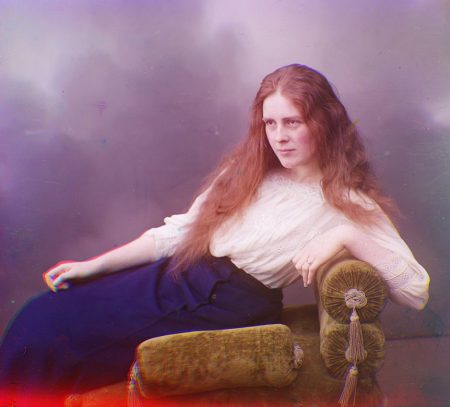 Sex typically delimits sharply status competition in non-human animals. Females compete with other females to determine the female status hierarchy. Males compete with other males to establish the male status hierarchy. Inter-sex competition is much less intense. In a female-male conflict, an individual male might prevail over a female, but overall social life is organized to favor female welfare.

Especially in poetry, humans create more complex individual interactions. From the time of the ancient Greeks, epic poetry has struggled with the poetic problem of Amazons who act like men and hate men. In early sixth-century Roman North Africa, the poet Luxorius apparently addressed women who desire more to compete with men than to have pleasurable sex with men:

To a girl woman-man

Two-organed monster of the female sex,
whom driving lust turns into a man,
why don’t you enjoy having your cunt fucked wildly?
Why does impotent pleasure deceive you?
You don’t do, nor allow your cunt to be done.
When you offer that part that proves you are a woman,
then you will be my girl.

Luxorius is a poet who requires a reader “proficient in decoding hidden meanings.”[2] In this poem, two-organed connects literally to the titular reference to being hermaphroditic. But the title may not have been original to the poem.[3] In any case, two-organed more allusively suggests genitals and brain. Lust encompasses not just sex, but also power and prestige. The key to the overall sense of the poem is the fourth line:

The phrase inpotens voluptas (“impotent pleasure”) indicates pleasure not associated with vigorous sexual intercourse between the male narrator and the female addressee. In this poetic context, impotent pleasure seems to mean intellectual competition for power and prestige. In short, the male narrator is chiding the female addressee for her intellectual striving with him. He is also declaring to her that they can interact in a more truly pleasurable way.

Against the ancient poets, Luxorius, the win certainly goes to you:
For surely your poem has carried forth a double victory.

Circumstances now are rather different. Today’s ruling authorities probably would not permit Luxorius’s poem on the “two-organed monster” to be discussed on university campuses or printed in intellectually dominant publications. But at least until further crackdowns on free thought and free expression occur, you still have the liberty to think about it in the privacy of your home.

To a Hermaphroditic Girl

Two-organed monster of the female sex, whom enforced lust turns into a man, why do you not enjoy the normal way of making love? Why does violent, vain pleasure deceive you? You do not give that with which you are passive and also active. When you offer that part of you which proves that you are a female, then you may be a girl.

Id. p. 131. In excising earthy references to genitals, Rosenblum makes the poem much less lively. Moreover, the central concern of the poem surely isn’t ontological (“then you may be a girl”). The Latin supports either “a girl” or “my girl.” The latter is vastly preferable.

In an award-winning book, Boswell provided a poor-quality translation:

You, strange mixture of the female gender,
Whom driving lust makes a male,
Who loves to fuck with your crazed cunt,
Why has pointless desire seized you?
You do not give what you get, though you service a cunt.
When you have given that part by which you are judged a woman,
Then you will be a girl.

Boswell (1980) p. 185. The initial, second-person address seems to me to betray the subtly of the Latin. As a translation for monstrum bimembre, “strange mixture” is loose and vague. Moreover, virum isn’t a male; it’s an adult male human being, i.e. a man.

In addition to other translation weaknesses, Boswell records the fourth line in Latin as Cur te ceperit inpotens uoluptas? Both Riese (1894), p. 262, and Rosenblum (1961), p. 198-9, which were available to Boswell, have the reading Cur te decipit inpotens voluptas? That follows Burman’s eighteenth-century emendment of the manuscript reading quur te cepit inpotens voluptas. Boswell provides no indication of or justification for replacing the standard reading decipit with ceperit. The former reading seems to me preferable in relation to the overall meaning of the poem. Respect for textual correctness would require at least noting a ideosyncratic emendment. Boswell declares, “the poem certainly is about lesbianism.” Id. That’s certainly wrong.

Art Beck, an independent intellectual, has been a leader in proclaiming the poetic merit of Luxorius. Here’s his translation:

As if you were a double-organed
monsterwoman who, rather than joyfully
stuffing herself
when she gets excited,
can’t help her compulsive erection.

Why do you hide behind that frantic
pretend pleasure? You never really
give your cunt, neither open up nor squeeze.
If you want to prove you’re a grown up woman,
quit playing the role and be my girl.

Beck (2012) p. 79. Beck declares, “these are interpretative translations and not intended as authoritative, i.e. my purpose was aesthetic, not scholarly.” Id. p. 16. Beck seems to me to have best conveyed the sense of the underlying Latin text. My translation attempts to provide more scholarly fidelity to the Latin text and to convey that sense.

[3] Rosenblum (1961) pp. 65-9. The title has a paradoxical element. Luxorius frequently used paradox. Wasyl (2011) p. 219. I have highlighted paradoxical meaning in my English translation of the title.