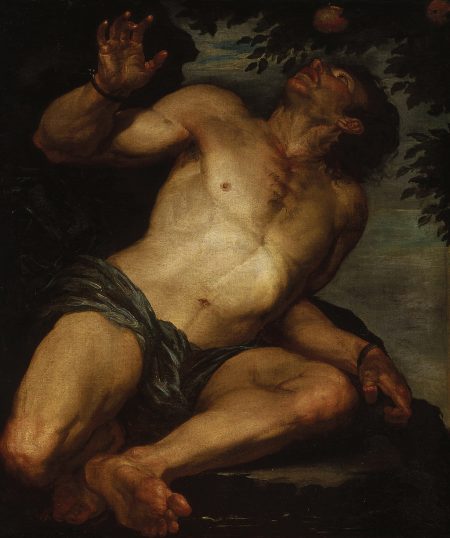 Ancient books tell us all
We know of ancient history
And what life was like, back then.
And we’ve learned from those books that in Greece
Knighthood and learning ranked
Above all other things.
Ancient learning, like knighthood,
Passed from Greece to Rome,
and has reappeared, now,
In France. [1]

Just as the New Yorker provides readers everywhere easy means to imagine themselves as citizens of the cultural capital, courtiers in twelfth-century France enjoyed imagining themselves as heirs to the martial prowess and literary learning of ancient Greece and Rome. That idea of historical and spatial succession has come to be known as translatio studii et imperii.[2] Chrétien de Troyes invoked that idea in the prologue to his twelfth-century French verse romance Cligès. He meant to ridicule intellectual and political pretensions.

Cligès more directly treated translatio studii et imperii comically. For example, in Constantinople, the knight Cligès urged his beloved Fenice to flee with him to Britain. He said to her:

Don’t say you won’t go: please!
When Paris brought beautiful
Helen to Troy, her welcome
Was joyous, but not so splendid
As yours and mine will be,
All through the lands ruled
by King Arthur, my uncle. [4]

Helen and Paris brought a terrible war to Troy. Many Trojans undoubtedly came to hate Helen. She later called herself a “shameless whore” for going to Troy. Paris was killed in the Trojan War. Cligès figuring himself and his beloved Fenice as Paris and Helen shows comic ignorance of ancient Greek history.

They’d call me
A shameless whore, and you
They’d call a fool. It’s better
To remember Saint Paul’s advice,
And follow it: he teaches that those
Who can’t remain chaste should always
Carefully arrange their affairs
So no one knows what they’re doing
And no one can criticize. [5]

Saint Paul didn’t teach that if you keep an affair secret it’s not a sin. Paul embraced being called a fool for Christ. Moreover, Fenice being called a “shameless whore” invokes Cligès’s reference to Helen of Troy in his immediately preceding words to Fenice. Both Cligès and Fenice ridiculously misunderstand ancient literature, even biblical literature deeply infused in life and thought in medieval Europe.

In the romance Cligès, a siege on behalf of an adulterer is averted only by the husband’s death from pain and grief. Cligès and his German princess lover Fenice plotted to deceive her husband Alis, Emperor of Byzantine, by faking her death. They arranged for her to live in a secluded, underground palace where they could safely have trysts. However, a knight named Bernard, perhaps after the renowned monastic reformer canonized in 1174, inadvertently discovered them sleeping naked together. He informed the Emperor. Fenice and Cligès then fled to Britain. There Cligès pleaded for help from his uncle King Arthur. King Arthur prepared a huge fleet to sail east to Constantinople and besiege the city on behalf of the adulterer Cligès. Only the Emperor’s death from pain and grief from Fenice’s betrayal avoided war. That plot makes a mockery of the matter of Troy.

Cligès invokes wide-ranging spatial references. Both Alexander and his son Cligès, described as Greeks, travel west from the Byzantine capital Constantinople to seek honor in the British court of King Arthur. They marry British and German princesses, respectively. Alexander’s father, the Emperor in Constantinople, is described as ruling Greece. Alexander’s brother, Emperor Alis, takes up residence in Athens.[6] These plot elements connect East and West.

The places and identities in Cligès don’t cohere within translatio studii et imperii. Britain isn’t the same as France or Germany. The leading centers of learning and the most powerful empire in western Eurasia after the fall of the Roman Empire were Islamic.[7] Moreover, the Byzantines called themselves Romans, not Greeks. Athens had become a city of the Roman Empire. After the fall of the western Roman Empire, Athens remained a city of the Roman Empire in Byzantine eyes. Cligès most directly invokes Rome in Chrétien’s claim in the prologue that he translated Ovid. Ovid fabricated involuted, ironic myths. So too did Chrétien de Troyes. In Cligès, the most important genealogy associated with translatio studii et imperii isn’t the father Alexander, but his wife Tantalis.

[1] Chrétien de Troyes, Cligès ll. 27-36, from Old French trans. Raffel (1997) p. 2. I use line numbers from Raffel’s translation. They are close to the Old French line numbers. The Old French terms translated as knighthood and learning are chevalerie and clergie, respectively. Those words are rooted in the English words chivalry and clergy.

Many Old French editions of Cligès are freely available online. So too is the English translation of W.W. Comfort (1914).

The most frequently cited medieval passage on translatio studii et imperii is found in the prologue to Chretien de Troyes’ Cliges. His explication of translatio has become something of a benchmark for modern understandings of this medieval trope as used in vernacular romances …. Chretien’s reading of translatio has become the modern reading, especially as regards the vernacular romance and lay traditions; it emphasizes the continuity of the transmission of knowledge (clergie) and power (chevalrie).

[3] Horses in ancient Greek and Rome were more commonly used to pull chariots. Among the Greeks, Alexander the Great pioneered riding horseback into battle (see mosaic of the Battle of Issus). Armed horseback riders (cavalry) called cataphracts were probably known in Persia from about 2600 years ago. Nonetheless, in ancient Greece and in the Roman Empire before the fall of the western part, foot soldiers predominated. The cost of horses and armor was also a factor limiting cavalry among the large armies of Persia and the Roman Empire.

[4] Cligès ll. 5281-7, trans. Raffel (1997) p. 167. Subsequent references will be by line number and page in id. Haidu (1968) takes seriously the comic in Clegès, but doesn’t appreciate the extent to which comic irony extends to ideology of courtly love and translatio studii et imperii.

But if they are not practicing self-control, they should marry. For it is better to marry than to be aflame with passion.

1 Corinthians 7:9. Fenice was acutely concerned about being people saying that Cligès and she were like Tristan and Iseult:

I’d sooner by torn apart
Than see Cligès and myself
Relive the love of Tristan
and Iseult, a shameful story
To tell, full of foolishness.
…
For however much I’ve suffered
For loving you, and being
Loved, no one can call you
Tristan or me Iseult:
Love is not worthy of its name
When it’s wrong, and people can say so.

[7] Ninth-century Baghdad was the capital of the enormous, intellectually vibrant Abbasid Caliphate. Scholars in Baghdad drew upon Roman, Greek, Egyptian, Arabic, Syrian, and Indian learning. Consider, for example, al-Jahiz’s scholarship. In Central Asia in the eleventh century, al-Biruni had far more learning than anyone in Paris. Ibn Abi Usaibia surveyed vast learning in Damascus at the beginning of the thirteenth century.

Learning from the Islamic world entered western Europe through Sicily and Spain. Noting the importance of various cities around the Mediterranean in the twelfth century, Kinoshita observes:

At about the same time that Chrétien was narrating the Greek prince Alexandre’s chivalric pilgrimage westward to the Arthurian court, an English scholar named Daniel of Morley was setting out on his own pilgrimage — an intellectual quest, if you will, for the cutting-edge thinking of his day. Going first to Paris, he was quickly disillusioned by the quality of the scholarship he found there; then, hearing of Toledo’s reputation as a center for the ‘learning of the Arabs’ (doctrina Arabum), he hurried there ‘and was not disappointed’ — subsequently returning to England to share his enthusiasm with (among others) John of Oxford, the new bishop of Norwich.