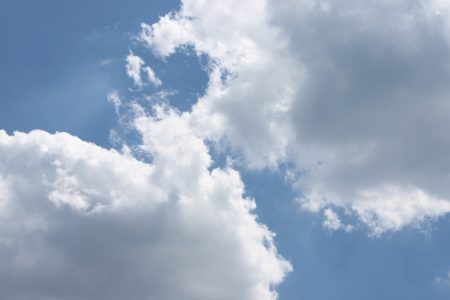 Telemachus and Pisistratus arrived at King Menelaus’s palace during the double wedding of Hermione and Megapenthes. Hermione, a golden-haired, breath-taking beauty, was the daughter of Menelaus and his wife Helen. Megapenthes, Menelaus’s strong, full-grown son, was born of Menelaus’s mistress during the time that Helen had left him for Paris. Amid the great joy and merriment of the double wedding, bitter memories clung to Helen and Menelaus.

Menelaus and Helen recognized Telemachus as being Odysseus’s son. Odysseus had fought with Menelaus in the brutal Trojan War to restore Helen to Menelaus. Menelaus mournfully recalled “all who perished then / on the wide plain of Troy, far from the lush, Greek meadow of Argos {οἳ τότ’ ὄλοντο / Τροίῃ ἐν εὐρείῃ ἑκὰς Ἄργεος ἱπποβότοιο}.” Menelaus grieved most sorely — “for me relentless, heartbreaking grief {ἐμοὶ δ’ ἄχος αἰὲν ἄλαστον}” — about Odysseus’s fate. Poring over his memory of Odysseus, Menelaus remembered that no one had struggled harder than Odysseus to win the war. Recognizing herself as the “shameless whore that I was {ὅτ’ ἐμεῖο κυνώπιδος},” Helen acknowledged that she was the cause of the horrible violence against men at Troy.[1] The double wedding became a fierce battle of emotions.

To win the emotional battle at dinner, Helen drugged everyone. As queen of Sparta, Helen surely wasn’t responsible for working in the kitchen. But she added significantly to the preparation of the wine:

into the wine they were drinking she promptly slipped a drug
heart’s-ease, dissolving anger, magic to make all forget pains.

Then she told a tale about Odysseus:

Scarring his own body with mortifying strokes,
throwing filthy rags on his back like any slave,
he slipped into the enemy’s city, roamed its streets —
all disguised, a totally different man, a beggar,
hardly the figure he cut among Achaea’s ships.
That’s how Odysseus infiltrated Troy,
and no one knew him at all …
I alone, I spotted him for the man he was,
kept questioning him — the crafty one kept dodging.
But after I’d bathed him, rubbed him down with oil,
given him clothes to wear and sworn a binding oath
not to reveal him as Odysseus to the Trojans, not
till he was back at his swift ships and shelters,
then at last he revealed to me, step by step,
the whole Achaean strategy. And once he’d cut
a troop of Trojans down with his long bronze sword,
back he went to his comrades, filled with information.

Menelaus wasn’t drugged enough to lose his mind. He sarcastically responded to Helen:

Truly, wife, all this you have told rightly.

Then Menelaus told what had actually happened:

What work the hero Odysseus dared and carried off
in the wooden horse where all our best encamped,
our champions armed with bloody death for Troy …
when along you came, Helen — roused, no doubt,
by a dark power bent on giving Troy some glory,
and dashing Prince Deiphobus squired your every step.
Three times you sauntered round our hollow ambush,
feeling, stroking its flanks,
challenging all our fighters, calling each by name —
yours was the voice of all our long-lost wives!
And Diomedes and I, crouched tight in the midst
with great Odysseus, hearing you singing out,
were both keen to spring up and sally forth
or give you a sudden answer from inside,
but Odysseus damped our ardor, reined us back.
Then all the rest of the troops kept stock-still,
all but Anticlus. He was hot to salute you now
but Odysseus clamped his great hands on the man’s mouth
and shut it, brutally — yes, he saved us all.

Helen became the Trojan prince Deiphobus’s mistress after her Trojan lover Paris died in the war. Despite Helen’s tale, Menelaus evidently believed that Helen sought to betray him and his Greek compatriots to the Trojans. Yet Menelaus didn’t harm Helen. He accepted her back as his wife and even slept in the same bed as her. How could he do that?

Quintus of Smyrna’s Posthomerica narrates how Menelaus coped with Helen’s betrayal. After the feast upon the Greeks’ return home, Menelaus and Helen lay in bed together. They said nothing to each other. Neither slept. Helen broke their silence:

Don’t start being angry, Menelaus, with me.
I did not leave your home and bed of my own accord.
But mighty Alexander {Paris} and the sons of Troy
came and snatched me away while you were far from home.
I was constantly seeking to die a miserable death,
by means of the cruel noose or else by the lethal sword,
but people in the palace used soothing words to stop me,
in spite of the grief I felt for you and our dear daughter.
For her sake, for our wedded joy and for your own sake
I beg you to forget the terrible trouble I’ve caused you.

Stop thinking now about the suffering of our hearts.
Let that all be locked inside the black abode
of oblivion. It’s wrong to keep recalling evil deeds.

Forgetfulness isn’t a reasonable way to deal with a woman like Helen, a serial liar who put men in great danger. Back in Troy, when Menelaus found Helen within the innermost part of the palace, he was going to kill her. But she showed him her bare breasts and his inanimate sword drooped:

Strange amazement came over him, and seeing her brilliant
beauty he could no longer put his sword to her throat.
He stood there like a trunk of dead wood in a mountain
forest, which neither the swift blasts of the north wind
can shake when they hurtle through the air nor those of the south.
Like that, astonished, he stayed a long time, his strength quite broken
by the sight of his consort. Suddenly gone from his mind
were all the wrongs that she had done to their marriage bed.

Later, in their marriage bed, after Helen broke their silence with her lies, they physically united:

Joyfully then they lay down side by side
and their hearts recalled how they were joined in marriage.
Just as ivy and a grapevine intertwine
their stems so closely together that no wind is ever
strong enough to separate them, thus those two
clung closely in the passionate embrace of love.

A beautiful woman can go unpunished despite causing many men’s deaths. She can get away with telling extravagant lies as excuses. She can conquer the greatest military and intellectual heroes. With respect to women, Menelaus was a poor leader in endorsing forgetfulness. Men must remember Helen’s words and deeds. Men must understand their own weaknesses and avoid becoming entangled with poison ivy in the form of a Helenish woman.

A woman who deserves to die finds love again from her prior lover,
restored to the victor and his bed’s delights.

Hell-hawk, why do you escape? Not yourself betrayed, you others betray!
As cause of the disaster, why don’t you also fall in the disaster?

Earlier Helen indicated that Paris hadn’t forced her to elope with him to Troy. Speaking to Paris within her own mind, Helen lamented:

How I wish the Harpies had long ago carried me off,
when I first followed you under some deadly doom of heaven.

Her words were less a lament for her husband than tearful regret
for the terrible wrong she had done.

[3] On Helen’s lies, Maciver (2011). Making excuses was a common action in the traditional Greco-Roman understanding of reconciliation for interpersonal wrongs. Konstan (2010). Christian understanding and practice of forgiveness was rather different. Konstan cites the words of Charles Griswold: “forgiving cannot be forgetting.” Id. p. 64

[4] Helen similarly over-powered the other Greek warriors who survived the Trojan War. When Helen boarded the Greek ship with other captive Trojan women for the journey back from Troy to Greece:

Round her the soldiers
marveled at the sight of that flawless woman’s
splendid beauty and loveliness. Not one of them dared
attack her with abusive words even in secret,
still less openly. They stared as though at a goddess,
with delight, for she was a sight they had all longed for.

that shameless whore Helen — she is of less
concern to me than you who are killed before my eyes
in battle. Good riddance to her and her utterly puny
paramour. Heaven emptied her heart of all good sense
the day she abandoned my home and marriage bed.
Now Priam and Troy shall concern themselves for her affairs.
Let us be on our way at once. It’s better by far
to escape the horrors of war than to be destroyed.

[5] “I want to weep for Troy, given up to the Greeks by Fate alone {Pergama flere volo, fato Danais data solo}” (Carmina Burana 101), st. 14-5, Latin text and English translation (with my minor changes) from Traill (2018) vol. 1, pp. 438-41. “Pergama flere volo” apparently dates to the first third of the twelfth century. It has survived in at least 66 manuscripts. Id. p. 564. William Caxton’s Recuyell of the Hystoryes of Troye, printed in Bruges in 1473, concludes with an cento built from “Pergama flere volo.”