Righting interpersonal wrongs in the ancient Greek and Roman world did not generally involve the wrong-doer accepting responsibility, expressing remorse, and reforming. The proper classical behavior for a wrongdoer was to offer excuses and act lowly.[1] Behaviors now associated with seeking forgiveness require more self-consciousness than was part of the social repertoire of reconciliation in the ancient world. The Christian Gospels, which both present to readers realistic, worldly details and point to eternal truths, show in descriptions of brutal bodily self-punishment developing self-consciousness for forgiveness. 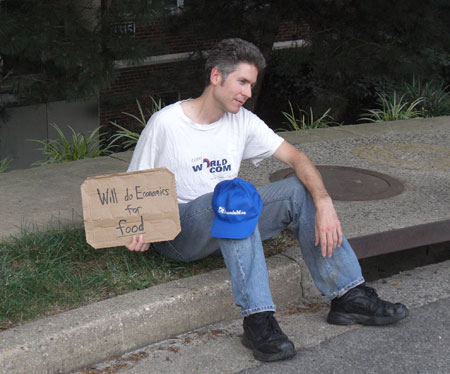 195. If a son strike his father, his hands shall be hewn off.

253. If any one agree with another to tend his field, give him seed, entrust a yoke of oxen to him, and bind him to cultivate the field, if he steal the corn or plants, and take them for himself, his hands shall be hewn off. [2]

An elite historian, writing in Rome early in the second century, described punishments under the Roman Emperor Augustus:

Augustus forced Polus, a favourite freedman of his, to take his own life, because he was convicted of adultery with Roman matrons. He broke the legs of his secretary Thallus for taking five hundred denarii to betray the contents of a letter. Because the tutor and attendants of his son Gaius took advantage of their master’s illness and death to commit acts of arrogance and greed in his province, he had them thrown into a river with heavy weights about their necks. [3]

Persons facing such punishments undoubtedly sought to avoid them. Avoiding punishment, which differs from appealing for forgiveness, was a matter of excuses and self-abasement.

While atoning for wrongs against God and returning to God are themes throughout Jewish and Christian scripture, the Gospel of Matthew contains a section particularly concerning interpersonal forgiveness. Jesus praising the humbleness of children and Jesus blessing children enclose six pericopes concerning forgiveness. Some of those pericopes are now central to Christian understanding of forgiveness:

If your brother sins against you, go and tell him his fault, between you and him alone. If he listens to you, you have gained your brother. But if he does not listen, take one or two others along with you, that every word may be confirmed by the evidence of two or three witnesses. If he refuses to listen to them, tell it to the church. If he refuses to listen even to the church, let him be to you as a Gentile and a tax collector. [4]

Then Peter came up and said to him, “Lord, how often shall my brother sin against me, and I forgive him? As many as seven times?” Jesus said to him, “I do not say to you seven times, but seventy times seven.” [5]

Then his lord summoned him and said to him, “You wicked servant! I forgave you all that debt because you besought me. Should not you have had mercy on your fellow servant, as I had mercy on you?” [6]

More difficult for contemporary persons to appreciate are statements about brutal bodily punishment:

These verses plausibly teach that corrupting the young and innocent is a great wrong, and that painful changes may be necessary for a person to lead a better life. Such teachings are only tangentially related to the current understanding of forgiveness. Do these verses more directly relate to forgiveness?

Verses on brutal bodily self-punishment in the New Testament reflect ancient Greek and Roman practice of reconciliation and point beyond them toward forgiveness. The threat “you would be better off dead” — better off “drowned in the depth of the sea” — denies the possibility of forgiveness and warns of unappeasable anger that will be expressed brutally. Death now is preferable to further life if further life will be nothing but physical punishment. The forgiveness not possible after causing “one of these little ones who believe in me to stumble” is reconciliation in ancient Greek and Roman practice. The threat of unappeasable punishment comes from a powerful person capable of great anger and brutality. That’s half of the God of the Bible.[8]

The Bible at least suggests another possibility — what has come to be understood as forgiveness. Cutting off one’s own hands or feet or plucking out one’s own eye enacts ancient practices of interpersonal punishment. Brutal bodily self-punishment appeases God with self-abasement. Self-abasement was central to reconciliation in the ancient Greek and Roman world.[9] Yet these self-punishments also indicate new self-consciousness of wrong. The present tense of “causes you to stumble” indicates awareness of wrong separate from a specific act in the past. Bloody bodily self-mutilation can express remorse, self-anger, and self-reform. Change of body, described in the specific practices of the ancient world, gave birth to change of heart in the current understanding of forgiveness.

[1] Konstan (2010). Excuses for wrongs typically were claims that the wrong was involuntary or unintentional.

[2] From the King translation (1910) of the Code of Hammurabi. The Harper translation (1904) refers to cutting off fingers rather than cutting off hands. Deut. 25:11-12 specifies cutting off a woman’s hand as punishment. Hand may actually have meant part of the female genitalia. Female genital cutting, like male genital cutting (circumcision), predates Islam. Al-Jahiz, in “Boasting Match over Maids and Youths,” reports one of the Prophet’s companions referring to a “clitoris-circumcising woman.” Trans. Hitchins (1989) p. 140. Qur’an 5:38-39 refers to cutting off the hand of a thief.

[4] Matthew 18:15-17. All the Bible texts are from the Revised Standard Version of the English translation, with some insubstantial changes. By tax collector, Jesus was representing a person to be avoided. Sadly, this verse historically has contributed to unjust disparagement of bureaucrats.

[6] Matthew 18:32-33. Rejoicing over recovering a sheep that has gone astray and relating divorce to hardness of heart are themes in two other pericopes between the praise and blessing of children (Matthew 18:1-5 and Matthew 19:13-15).

For men are prepared to have their own feet and hands cut off if they feel these belongings to be harmful.

See Symposium, 205e. There Diotima is speaking abstractly about the physical body and love. Jesus also spoke about bodily sacrifice and love. He spoke in terms much more directly related to life experiences in his time and place.

[9] Some early Christians practiced mortification of the flesh. That was not self-punishment modeled on pagan interpersonal punishment. Augustine linked self-punishment with self-anger and repentance:

Repentance, you see, always means being angry with yourself, seeing that you are angry you punish yourself. That’s the source of all those gestures in penitents who are truly penitent, truly sorry; the source of tearing the hair, of wrapping oneself in sackcloth, of beating the breast. Surely these are all indications of being savage with oneself, being angry with oneself. What the hand does outwardly, the conscience does inwardly; it lashes itself in its thoughts, it beats itself, indeed, to speak more truly, it slays itself.

See Augustine, Sermon 112A, On the Two Sons from the Gospel, trans. Doyle & Hill (2007) p. 186, discussed in Hawkins (2012) p. 168. Ancient Greek and Roman practice of reconciliation primarily concerned appeasing anger arising from perceived insult to interpersonal status. At the same time, Augustine is a leading literary figure in the development of self-consciousness. Self-consciousness is crucial to current understanding of forgiveness.