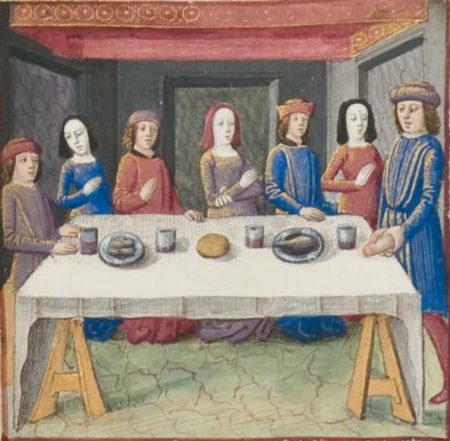 Over recent decades, literary scholarship has extensively discussed the male gaze and its role in gender oppression. But the female gaze has been marginalized and largely ignored. That blindness has hindered seminal work to penetrate the gender divide. The female gaze must be included within a broad-based effort to thrust forward to a better future.

The problematics of the female gaze are clearly apparent in the mid-fifteenth-century case of an elite, young, newly married Italian couple. He was a young and handsome nobleman. She was a member of an eminent and distinguished Florentine family. A feast for the couple was arranged for a few days after their marriage. At that feast, rather than being full of happiness and smiles as most newly married women are, this woman appeared sad and downcast.

Her mother took her aside for a private talk about her distress. Her mother sympathetically inquired:

Surely the thing was healthy enough to satisfy?

You haven’t married me with a man, but with one lacking in virility: he has nothing or only a fraction of that necessary to make a marriage.

The mother grieved at her daughter’s misfortune. She told her husband and others. Soon everyone at the feast knew of his shortcoming. All lamented understandingly:

the whole house was filled with sorrow and despair, with them saying that the beautiful young women had been, not married, but choked.

They understood the wonderful goodness of men’s sexuality. They appreciated how much men’s sexuality benefits women. They sorrowed for the wife being deprived of what a husband most importantly provides for his wife.

The newly married young man didn’t understand the problem. When he arrived at the party, he saw all the disconsolate and pained faces. No one ventured to tell him the reason for the general sadness. At last, one was bold enough to tell him that “the young woman says that he is defective in sexual virility {dixisse puellam, mancum esse illum in virili sexu}.” The young husband wasn’t shaken. He remained confident and cheerful. He explained that he would soon dismiss that verdict.

After all had glumly finished their dinner, the young man rose to his feet and addressed the gathered friends and relatives. He appealed to them:

Fathers, in this matter in which I perceive I am being charged, I want you to offer your testimony as to the truth.

Then the husband dramatically surmounted the classical heroine Phryne baring her breast to a Roman jury:

Then he pulls out a beautiful penis (from beneath a short tunic then in fashion), and places it on the dining table. Everyone is turned around by the rareness and magnitude of the thing, and he asks whether it deserves to be blamed or rejected.

Their verdict was clear:

Most of the women wished that their husbands has been so greatly supplied. Many of the men felt that such great furnishing surpassed their own.

The unjust social construction of men’s obligation to provide for women arises in part from the female gaze. The female gaze of the wife forced the husband to put meat on the table. The wife herself explained:

Why do you blame or reproach me? Our little donkey, which I recently saw in the countryside, is merely a beast, and yet (stretching out her arm) it has a penis that long: this husband of mine, who is a man, doesn’t have one half as long.

While pervasive and oppressive, the female gaze isn’t the greatest injustice that men face. Criminal justice systems operate with acute anti-men sex bias and thus produce a vastly gender-disproportionate population of men held behind bars. Men are deprived of reproductive rights and incarcerated for being unable to pay state-mandated sex payments (so-called “child support”). Men are deprived of custody of their children through grotesque anti-men bias in family courts. If those gender injustices could be even slightly mitigated, most men probably would be willing to tolerate the hardships arising from the female gaze.[3]

[1] Poggio, Facetiae 42, “Of a young woman who accused her husband of having too small of a penis {De adolescentula quae virum de parvo Priapo accusavit}”, Latin text from Poggoi (1879) vol. 1, pp. 75- 8, with my English translation, drawing upon that of id., but tracking the Latin more closely. Id. left untranslated text referring explicitly to the man’s penis. All the subsequent quotes above are similarly from id.

The young woman’s father is explicitly named. He was the Florentine knight Nereo de Pazzi, “among those {knights of Florence} a distinguished and eminent man of his time {inter caeteros suae aetatis egregii ac praestantis viri}.” He probably was embarrassed by his daughter’s behavior. Not all women are like that.

Priapus was a Greco-Roman god that become a focal point for classical poetic protests against the brutalization of men’s sexuality.

Gian Francesco Poggio Bracciolini was a medieval church official and scholar. He lived from 1380 to 1459. His Facetiae became a highly popular work. It survives in manuscripts, such as MS Lat 188. Houghton Library, Harvard University (dated 1466). and in many printed versions (the earliest surviving printed version is dated 1470). The Facetiae was translated into many vernacular languages and influenced the French story collection the Cent Nouvelles Nouvelles. Poggio was a manuscript collector who played an important role in preserving and transmitting classical texts.

[2] In affirming the strong, independent sexuality of his poetic persona, Ovid in Amores II.7 and II.8 subtly appropriated for a man the sexual characteristics of a donkey. Mills (1978).

[3] The meager work on the female gaze engages in remarkable contortions to validate dominant ideology and to cite cultic authorities:

the gaze must be literally female when women do the looking. In both stories women do effect the looking. But it is not the male-inscribed looking that Deveraux explains, as a female appraising herself as a man would appraise her, that is, “the eyes are female, but the gaze is male” (337). One could argue that the stories present a reader’s gaze gazing at a female gazing. But the female gaze is not a male-inscribed object of the gaze. Both females are viewing the phallus. Of course, the narratorial gaze is patriarchal because the women are viewed as lacking and wanting that guarantor of meaning elucidated by Burns who states that in fabliaux women protagonists can be “headless and unknowing in very specific, bodily ways” (196). This seems to be the case in which “loca,” or “empty upstairs,” is tantamount to being headless. 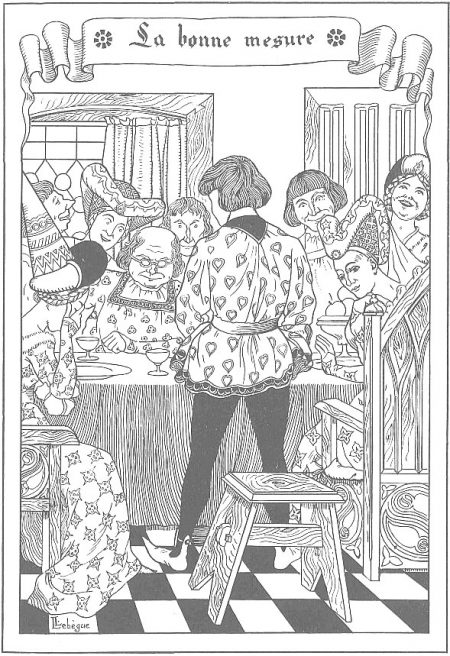 10 thoughts on “the female gaze, gender oppression, and men putting meat on the table”