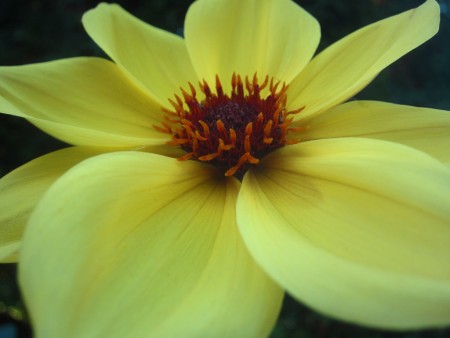 her body without anxiety
takes no offense at a light touch.
The slim girl under her girdle
has a navel that reaches out
and a belly that slightly
swells

A twelfth-century collection of Latin love lyrics known as the Arundel Lyrics disturbingly presents men’s burden of soldiering for love. Soldiering for love (militia amoris) figures in ancient Roman love elegy. Militia amoris was for ignorant men who hadn’t yet understood Ovid’s teachings on love. Like the servile chivalric lovers pedastalizing women and institutionalized sexist selective service, militia amoris represents grotesque gender inequality. The Arundel Lyrics describe men being shot and suffering wounds, men serving long tours as soldiers, and men being continually compliant to women’s will.[4] Amid their anxiety, anguish, torment and distress, men even internalized and celebrated their own oppression:

Into hardship I fall willingly,
not reluctant to suffer,
for I glory in my suffering.

Like fathers’ love for their children being transformed into serving as wallets, militia amoris conflates love and payment. Within the Christian context of medieval Europe, the transplanted idea of militia amoris wrongly induced men to believe that through work they could earn love.[6]

The Arundel Lyrics offer beautiful words supporting gender equality in love. The refrain of one poem celebrates mutuality in lovesickness:

Happy the sickness that cannot be healed
without knowing a matching sickness!

In the first poem of the Arundel Lyrics, the poet imagines divine action harmoniously producing gender equality in love:

Uniting two, the goddess
gives each one to its like,
rejoicing to inflame the pair
with a reciprocal torch;
no couple can explicate themselves
from the enfolding embrace.
And so that love remains regular,
the goddess equally the passion
divides:
a double knot is firmer
and stronger
with a twin fastening.

In the last poem of the collection, the poet yearns for gender equality with a woman:

who could experience as an equal the pleasures of Venus

Gender equality in love was a beginning and end in learned medieval Latin love lyrics.

Let love live on as idea,
not commonly revealed in practice.
I will live as yours, you live as mine,
but let us not proceed impetuously.
The goddess will still allow us
to see, to converse, to play.
May in a bond of equals we join
in loving relationship.

The Arundel Lyrics don’t merely provide exquisitely sophisticated poetry in which “the ancient amatory metaphors of militia amoris are invested with new literal meaning.”[11] In the words of a perceptive critique, the poem above implies that “to become too deeply involved is to court disaster.”[12] That development in medieval Latin love lyrics is commonly felt today in high-income Western countries under a totalizing myth of gender equality. Dispelling that oppressive myth requires rejecting men’s love servitude and celebrating flesh-and-blood women.

[2] While lacking totalizing orthodoxy of gender equality, medieval society understood gender equality as a fundamental aspect of human nature: “in the image of God he created him; male and female he created them” (Genesis 1:27).

The Arundel Lyrics survive as a collection in British Library MS Arundel 384. Moser (2004) p. 262, Fig. 8 provides an image of a page of the manuscript.

[6] Cf. Ephesians 2:4-10, Romans 4:4-5. Men being required to provide material goods for love is a theme of Arundel Lyrics 15 (Spoliatum). Medieval literature addressed that injustice through the “lover’s gift regained” motif.

[8] Arundel Lyrics 1 (Dionei sideris) ll. 69-80, Latin with English translation id. pp. 6-7 and Moser (2004) pp. 280-1. The translation above I’ve adapted from both sources. Just before the quoted passage, the poem sharply contrasts the actions of Cupid and Venus. Horace described Venus’s practice much differently:

It is the will of Venus,
Who has a lot of fun,
With the cruel joke of putting
Like and unlike together
In the same brazen yoke.

McDonough’s Latin text includes exclamation points at the ends of lines 58 and 60. Exclamation points didn’t come into use until the fifteenth century. Lack of bodily passion seems to me to be a theme of the stanza. I have re-punctuated the Latin text to suggest a cool, intellectual mood.

[11] Godman (1990), p. 168, in reference to Arundel Lyrics 10 (Grates ago Veneri). That poem offers the appearance of a man raping a woman and the substance of love satisfaction. The poem is a highly sophisticated, transgressive treatment of disputes about the Eucharist. Meecham-Jones (2007) pp. 147-52.  Recent scholarly treatment of rape in literature confirms a fundamental communicative principle of rape. More generally, the Arundel Lyrics self-consciously construct and resolve a conflict between militia amoris and ideals of gender equality.

Wetherbee, Winthrop. 1972. Platonism and poetry in the twelfth century: the literary influence of the school of Chartres. Princeton, N.J.: Princeton University Press.