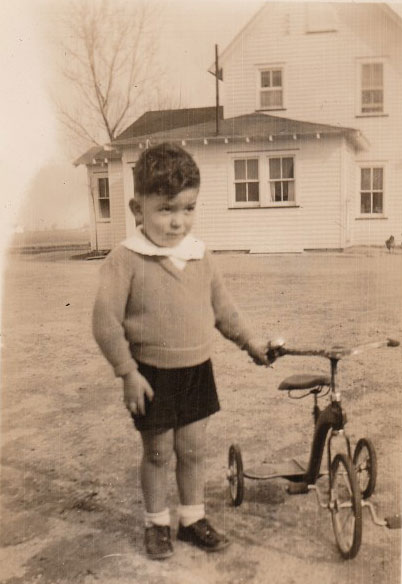 In U.S. law, fatherhood outside of marriage implies the obligation to make substantial, recurring payments to the mother (“child support”). These payments are based on the father’s income, not the child’s need. Unmarried fathers’ obligation to pay money to mothers hasn’t been associated with the father receiving any custody rights. In 1877, the Supreme Court of Minnesota in Olson v. Johnson made clear that unmarried fathers essentially have the legal status of wallets.

The story of Olson v. Johnson is shocking. In Minnesota in 1871, Olson was legally declared to be the father of a child for which Johnson had the natural status of mother. Under that legal determination, Olson was ordered to pay Johnson “for the support and maintenance of the child”:

certain sums, varying from $1 to $1.50 per week, to be paid semi-annually, and he was also adjudged to give a bond to the county commissioners of said county, in the sum of $800, conditioned for the faithful performance of the judgment. [1]

Olson fulfilled these legal obligations of fathers as wallets.

In 1875, Johnson married a man in Iowa. She immediately abandoned the child she had with Olson. Olson then petitioned the court for custody of the child, return of his bond, and termination of his weekly payments to Johnson. Olson offered to make a new bond securing his support of his child. The court refused all three of these requests. It declared that Olson had no interest in ensuring that his payments went to support his child. It declared that Olson, legally established as the child’s father, had no more legal right to custody of the child than had anyone else. These weren’t subtle aspects of the court’s judgment. In its brief opinion, the Supreme Court of Minnesota forthrightly declared:

The judgment in the bastardy proceedings, not having been appealed from, is conclusive. One effect of the judgment is to compel the plaintiff to pay to the mother a specified allowance for the support and maintenance of the child, to the custody of which she, as mother, is in law entitled.  If she neglects to support and maintain the child, this is no reason why the plaintiff should be relieved from the payment of the allowance, nor from the obligation of his bond; and as for any proposition to substitute something else in the place of the allowance and his bond, there is no authority whatever for entertaining it. … As respects such remedies, the plaintiff would not be the real party in interest. As father of the child he has, in law, no better title to its custody, and no more right to act for it, than any other person. [2]

This court’s judgment wasn’t aberrational. Child custody decisions in Britain and the U.S. have for centuries been justified on the basis of “the best interests of the child.” That abstract justification has enabled family law in action to be based on deeply entrenched gender stereotypes. A fundamental gender stereotype is that, compared to women, men are less important to children’s lives.

Family law is profoundly biased against men. A thinker who has extensively studied Massachusetts family courts has suggested, with detailed analysis, that men are better off not presenting their side to family court. That’s a travesty of justice. Marriage equality should extend to gender equality under family law. If that can’t be recognized as a matter of justice, it should at least be recognized as vital to men’s incentives and the long-run economic future of the U.S.

[1] Tron Olson v. Mathea Johnson, Feb. 2, 1877, 23 Minn. 301, decided by the Supreme Court of Minnesota. The previous quote “for the support and maintenance of the child” is given in id. and apparently is from the district court’s judgment.